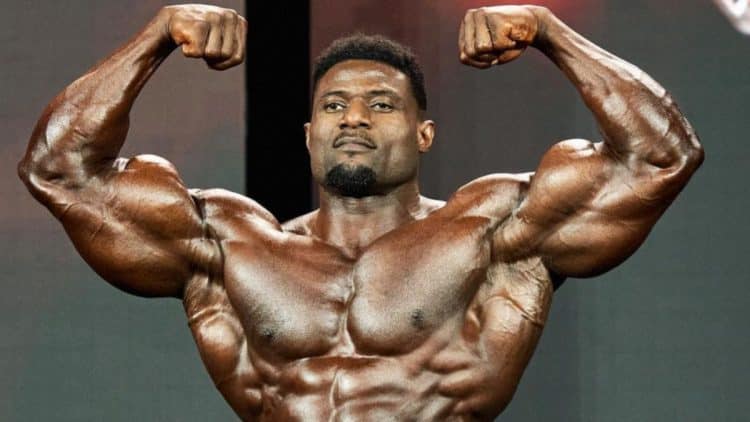 Bodybuilder Andrew Jacked, real name Chinedu Andrew Obiekea, is gearing up for the upcoming 2023 Arnold Classic, scheduled for Mar. 2-5 in Columbus, Ohio. In a recent Instagram post, RxMuscle revealed that Jacked will work with coach Chris Aceto during his prep for the contest.

Rising sensation Andrew Jacked is one of the most promising bodybuilders in the sport. He gained attention for his symmetry and aesthetics in the Men’s Open division. Andrew turned in a fantastic season that started with a win at the 2022 Arnold Amateur.

A few months later, Jacked dominated the competition at the IFBB Texas Pro and handily won the show. Then, he entered the most prestigious fitness showcase in the world as a hyped prospect and impressed with an eighth-place finish in his debut.

Following the result, George Farah disclosed that Jacked was struggling with bronchitis right before the show and almost pulled out. However, he powered through the challenge and performed despite being ill. He received major praise from fellow competitors such as Nick Walker, who stated Jacked made the other athletes look like amateurs backstage in Las Vegas last month.

Andrew announced his entry into the 2023 Arnold Classic recently. He will battle it out with Walker, Samson Dauda, two-time 212 Olympia champion Shaun Clarida, and former 212 Olympia king Kamal Elgargni for the record-high payout of $300,000.

In a recent Instagram post, RxMuscle shared that Andrew Jacked has joined forces with renowned bodybuilding guru Chris Aceto to get ready for the nearing 2023 Arnold Classic.

“Andrew Jacked will be working with Chris “The Technician” Aceto to prep for this upcoming Arnold Classic. In addition, Chris “Psycho” Lewis will be tasked to be Andrew’s training coach.”

While many believe Nick Walker is the favorite to come out on top of the Arnold Sports Festival, others see the danger in Andrew Jacked. Retired bodybuilder King Kamali extended his support for Andrew to beat Walker with his shape if he gets his hams and glutes dialed in.

RELATED: Coach Chris Aceto ‘Not Surprised’ By Shawn Rhoden Death: ‘The Entire Industry Turned Its Back’

Looking ahead, Andrew will be coached by the late Shawn Rhoden’s training staff. Chris Aceto will oversee his preps. In addition, he plans to build his strength with Shawn’s ex-trainer Chris ‘Psycho’ Lewis.