Hunter Labrada is looking incredible just a week out from the Tampa Pro and he could be a threat for the top 5 at the 2020 Olympia. 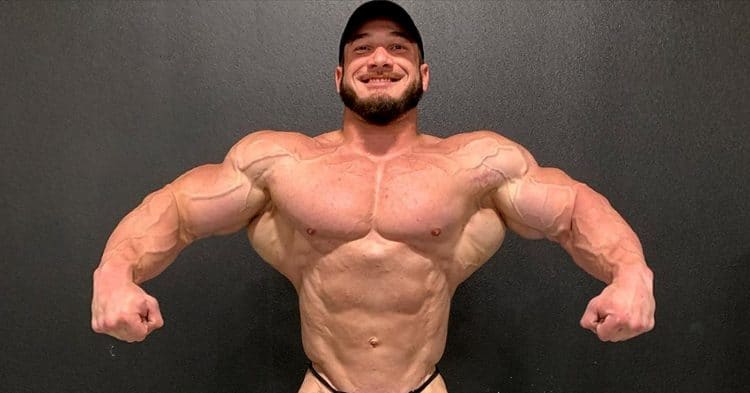 With the Tampa Pro just a week away, it not only gives bodybuilding fans something to look forward too right now, but there’s going to be some fierce competition. And one competitor in particular that many will be looking out for is Hunter Labrada, son of the legendary Lee Labrada.

The 28-year-old will be making his Pro debuted after having earned his Pro Card at the 2018 NPC Nationals. And even better for him leading up to the show is that this is the first major show since all competitions were postponed months back. Therefore, there should be a lot of eyes.

Labrada has been sharing some progress photos and no one could deny that he’s looking incredible. Although, we all know it’s how you look on the day of the show that matters most. But still, it’s hard to not be in awe of his recent posts.

Retired bodybuilder Dennis James was very impressed and the iconic Flex Wheeler also took notice. The two talked about Labrada in a recent interview on James’ Instagram. James explained that it looked like Labrada put on 40 pounds in a year.

Wheeler agreed that the amount of mass he put on is unreal.. “this dude put on so much size that he’d literally be a threat in time for the Olympia title“.

James’ offered his thoughts on how this year could be great for Labrada… “I believe this is the perfect scenario for him to do his Pro debut in Tampa next week and this will be the perfect Olympia for him to come in and be relevant.”

He explained that due to the travel restrictions right now, Labrada could essentially capitalize on this and place very well at the 2020 Olympia. If the restrictions remain, William Bonac, Hadi Choopan, Big Ramy, Roelly Winklaar, and a few others will not be competing.

Then if Phil Heath and Shawn Rhoden aren’t competing, you don’t have as many top competitors in the mix except for the reigning Mr. Olympia champion Brand Curry and of course, Dexter Jackson, and Flex Lewis. James says Labrada will be in the top five in his first year competing if this is the case.

Along with Labrada though, Canada’s Ian Valliere, Joe Mackey, and Samson to name a few, will also be competing at the Tampa Pro. Valliere would also be a favorite next to Labrada however, again, the travel restrictions could make things difficult.

Wheeler mentioned that Labrada’s posing will definitely be on point seeing as his father was one of the best posers ever. But he also believes Labrada would do very well at the Olympia even if the top guys don’t show up… “regardless of whether there’s a stacked show or not, he’ll be a threat for the top five, regardless.”

Hunter’s dad Lee is one of the greatest bodybuilders of all time having won the Mr. Universe title before placing second at the Mr. Olympia contest in 1989 and 1990. Well, this is definitely to Hunter Labrada’s advantage. He also hasn’t let his foot off the pedal either and has consistently improved his physique which was expected.

But let’s wait and see how he does at the Tampa Pro coming up in a week and then we’ll have more to discuss about this young, up and coming Open competition.

Check out a few recent progress photos below…

The 12 Best Glute Exercises For Mass

John Grimek Workout: A Full-Body Routine From A Legend

Lee Labrada understands the art of posing and how it can accentuate the qualities of an athlete's physique. Speaking with...