"The Blade" feels amazing in retirement and continues to show that age is just a number. 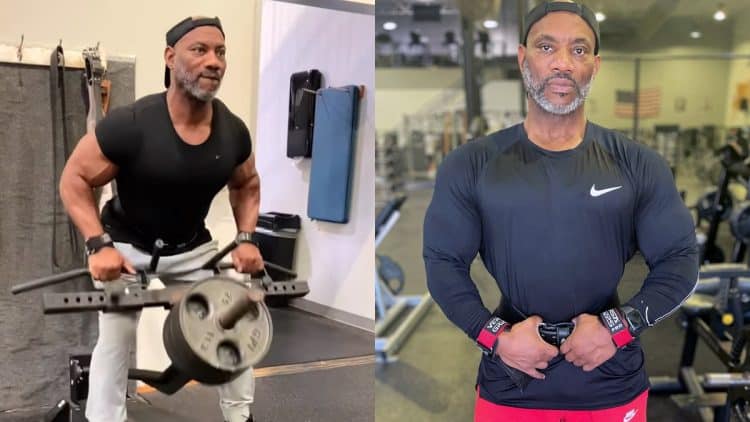 Dexter Jackson defied Father Time during his lengthy bodybuilding career, and it appears nothing has changed in retirement. In a recent post made to Instagram, Jackson shared a trimmed-down physique update at 52 years old.

Jackson led one of the most successful tenures in the IFBB Pro League. Having competed for almost three decades, “The Blade” proved himself on some of the fiercest stages the sport had to offer. During his career, Dexter earned a total of five Arnold Classic titles (2005, 2006, 2008, 2013, 2015). In addition to numerous Pro show victories, Jackson has faced elite-level talent at Mr. Olympia contests.

In 2008, Jackson reached the pinnacle of his career when he won the Mr. Olympia title and, in the process, defeated the likes of bodybuilding icon Jay Cutler as well as seven-time Olympia winner Phil Heath.

While he never regained the title he lost to Cutler the following year, Jackson continued to compete as he got older. He was crowned champion at the 2012 Masters Olympia. Eventually, Jackson decided to call it a career in 2020 after finishing ninth in his final Mr. Olympia appearance.

Despite retiring, Jackson still maintains his health with rigorous training and workouts. Maintaining an outstanding physique like Jackson’s requires discipline and that was on full display during a recent biceps 21s exercise demonstration, which he says has become one of his favorites since stepping away from life as a professional bodybuilder.

Dexter Jackson Shares Lean Update with Thin Waist at 52-yo

In a post published to Instagram, Jackson showed off his amazing physique since retiring approximately two years ago.

An avalanche of comments from respected members of the bodybuilding community rolled in following Dexter’s update.

Earlier this year, Olympia President Jake Wood all but confirmed Masters Olympia would be returning in 2023. He specified that details pertaining to location and venue have yet to be finalized, which is the reason for the delay in further information.

Given the shape, condition, and health of Jackson, many believe he would be an ideal candidate to compete at the next Masters Olympia contest, assuming the show indeed returns. But Dexter isn’t the only former Mr. Olympia fans are clamoring to see on stage again.

Four-time Mr. Olympia Jay Cutler has a storied history competing against Jackson. Recently, Jay also turned back the clock with an impressive physique update. Fans were taken aback by Cutler’s vascularity and overall shape at 49 years old, triggering many to speculate about a potential return.

Cutler’s photo went viral after a posing session came about while training with fitness influencer ‘Lexx Little.’ This week, Jay decided to clear the air and explained that he isn’t entertaining a competitive return to the sport. He added that he’s undergoing a transformation to look his best since retiring in 2013.

A showdown between Cutler and Jackson at Masters Olympia next year would certainly spark intrigue, but it looks like both men are content with preserving their health and living a competition-free life.

Dexter credits hormone-replacement therapy and methodical workouts for helping him stay in fantastic shape since retiring. Despite the sacrifices he made to reach the top of the sport, Jackson is the picture of longevity following an illustrious career.