Larry Wheels Back To Lifting Heavy In The Gym 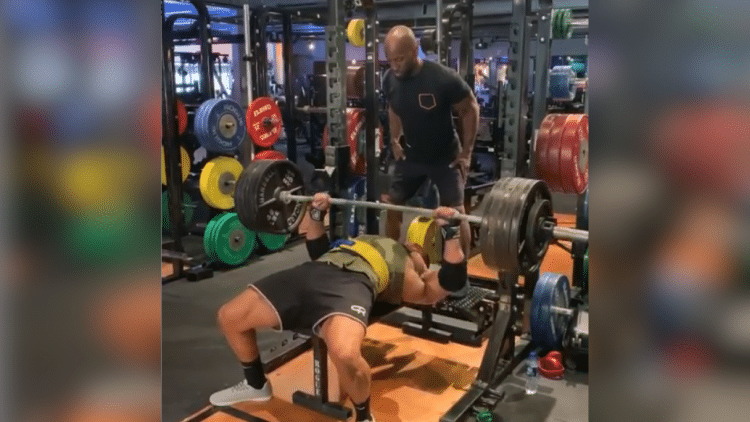 Larry Wheels is excited to be back to lifting heavy. He demonstrated that recently, with an impressive bench press video.

Larry Wheels is one of those special kinds of an athlete, that people find themselves fascinated with. His ability to pick up and learn various fitness sports is unlike anyone else. Subsequently, he has been successful is things like powerlifting, bodybuilding, and arm wrestling. This skill to find success makes him one of the most interesting fitness stars in a long time.

Therefore, it was tragic when Wheels announced that he had torn a bicep. As a result, he was forced on the sidelines for several months. Although being injured when you are Larry Wheels is not quite the same other people, so he stayed busy.

However, it was clear that he was happy to return to action. Wheels immediately hit the gym, putting in some serious work. Nevertheless, as any athlete will tell you, the road to recovery is a long one. There are levels to how much work one can put on the recovering body part. So, as expected, Wheels was working his bicep relatively light in his return to action.

All of this changed recently when Larry Wheels decided he was ready to get back to lifting heavy. In a video posted to his Instagram, he did his first heavy bench press since his injury. Here, you can see him crush a massive 545lb/247kg bench press for 2 reps.

As he alludes to in the post, Wheels is preparing for competition. It is unclear where he is looking to compete. However, wherever it will be, it is about 8 weeks out. Perhaps it will be the North American Powerlifting Championship in Las Vegas, in November.

If he keeps training like this, Larry Wheels will put on an impressive performance in his return to competition. It will be exciting to see him take the stage.