8x champ Lee Haney gives his thoughts on the upcoming 2021 Mr. Olympia, and who has the potential to dethrone Big Ramy 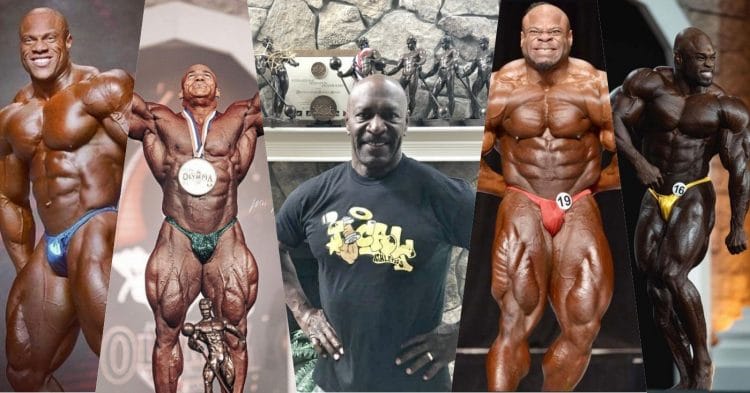 There are few people who understand what it takes to win the Olympia quite like Lee Haney. Now the 8x champ gives his thoughts on this year’s upcoming event, and discusses who he sees as having the potential to leave victorious.

This year’s Olympia takes place October 7th-10th, in Orlando, Florida, and the list of competitors is being to shape up nicely. When it all goes down, Haney will be working as part of the commentary team, sharing his insight from years of being one of the best to do it.

Speaking in a recent interview, Lee gave his thoughts on how he thought the contest would shake out.Of course, Lee Haney will be keeping an eye on Phil Heath, who could be coming to tie Lee’s record for most Olympia win, should Phil decide to return again.

Lee Haney thinks that Phil could return and try again for another Olympia win, despite his disappointing showing last year. That said, it depends on the mindset that the 7x champ brings to the contest, to decide if he will win.

“It depends on where his head is. That’s everything. Chris Dickerson, at the age of 43, won the Olympia. Shawn Rhoden, I think Shawn was 43,” he said.

“If bodybuilding hasn’t stepped in a direction differently than where he was before he left, then he has a chance to come back. But when you analyze the physique, Phil don’t have large, expanding shoulder widths and waist taper… He never had it, but he was gifted as such that he was able to create muscle that hid any kind of flaw he ever had,” Haney continued.

“When you put him on stage right now, with some of the guys that are just as big, and they have the ability to project with the wingspan and during the double bicep or lat spread, it is hard to compare against that. Because everybody’s got what he has.”

The person that Lee is referencing here, is of course the reigning champ Big Ramy, who has the size to beat Phil with less of the weak areas that are a knock on the former champ. Lee says that Ramy was able to make a massive amount of progress which led to his win, and if he can replicate that physique again, it will be tough to beat.

“Big Ramy came in and made the greatest amount of progress, than anybody. You had guys that looked great. Brandon Curry, Brandon looked great. He got better from the year before last, he got better. But his progress didn’t rival Big Ramy’s,” Haney said.

“Ramy, he looked like he got maybe 20 or 30 percent better. So he was heads above everybody when it comes to progress. And the fact that he has a huge physique, but his balance is really good. I think his legs are a little bit too big, however his balance when it comes to comparing him to other athletes, he’s not awkward. He didn’t have a blocky waist. Everything fit with him, he was just big and he was sliced.”

Lee Haney has his eyes on other potential stars, such as Hunter Labrada, William Bonac, and Hadi Choopan. In fact, he believes that Hadi has the best conditioning out of anybody on stage.

That said, there is one other potential mass monster who has been hinting at a return, and that man goes by the name of Kai Greene. Lee believes that if Kai does come back, he could be a real threat to winning the Olympia.

“Look, if Kai said he wanted to be in the Mr. Olmypia it’s trouble for everybody, period. One thing I loved about Kai’s physique, when you compare Kai’s physique to Phil’s when they were going neck to neck, Kai’s wingspan… Kai had that going on, and his back was incredible,” Haney said.

Lee Haney makes some interesting points about the upcoming Mr. Olympia. It will be exciting to see it all unfold with the legendary bodybuilder doing commentary.