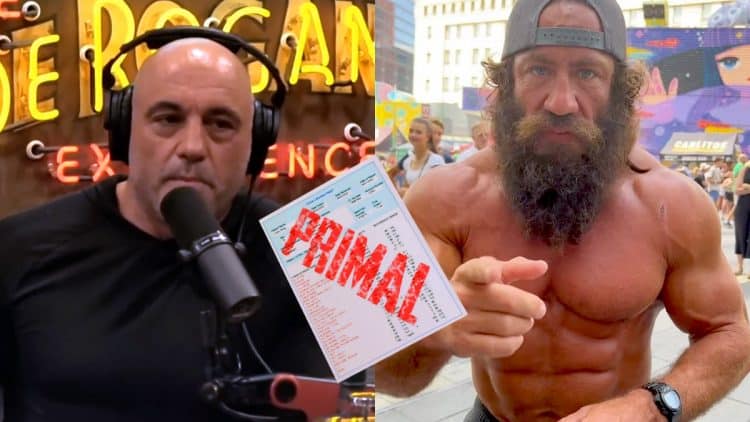 As the most heard voice around the world, podcast host Joe Rogan has a lot of listeners tuning in to check out his popular show “Joe Rogan Experience.” In a recent video, Liver King performed a satirical skit to respond to Rogan, who had claimed in a recent episode that there was no way Liver King could be natural.

Liver King first gained notoriety for eating raw organs and cuts of meat online. He promotes an ancestral approach to living based on the nine tenets he utilizes daily. The 45-year-old quickly amassed over 1.6 million followers on Instagram with an insane physique. He recently joked about getting ab transplants on the Full Send podcast because of how incredibly ripped he is. Liver Kind revealed that it took him 35 years of hard work to achieve the physique he has now.

While many have joined the Liver King’s movement, Joe Rogan dismissed his claims of being natty. Rogan was very clear to express his opinion stating that King “got an ass filled with steroids” and “that’s not a natural body.”

Liver King had previously addressed Rogan’s comments by changing the narrative and saying that he was a freak of nature. The social media sensation has continued to deny that he took steroids but was grateful to Rogan for spreading his message.

In a video uploaded on his Instagram, Liver King issued a response to Joe Rogan by performing a sarcastic skit.

“The Liver King thing drives me nuts because that guy is on steroids,” said Rogan.

Sub Primals have been asking for Liver King’s blood work,” King said. “So I took massive action and got it done.

Most people don’t want to admit this is possible… because that would confirm they’re making excuses and settling for less. Remember, we share the same bloodline… the same Ancestral lineage.

Express your most dominant form, follow all 9 Ancestral Tenets, and then you can crown yourself as a goddam King!”

Liver King starts off by saying that he got his blood work done to prove Rogan wrong. In a twist of events, he turns out to be his own doctor in what is clearly a parody. The results came out “primal”.

Fellow fitness influencers have tried to follow in his footsteps. Jesse James West channeled his inner primal to eat, train, and sleep like him for 50 hours. They detailed each part of the process along with their mentor who was guiding them through the ancestral form of living.