Liver King reveals change in weight, lost some pounds since getting off the juice 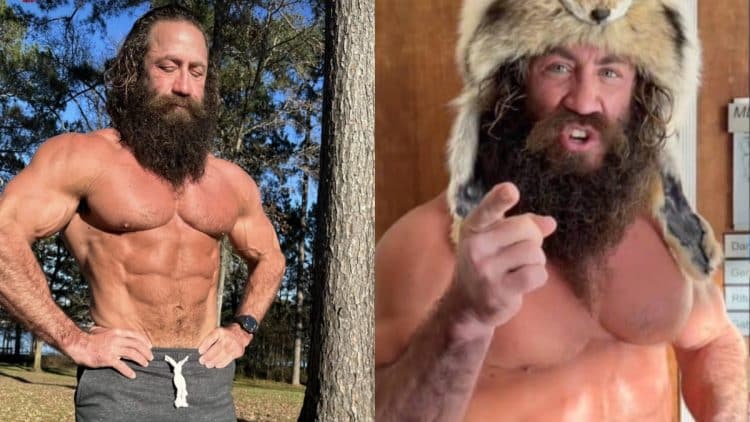 Internet sensation Liver King, real name Bryan Johnson, made headlines for his jacked physique and unique lifestyle of eating raw meat over the last two years. In a recent story uploaded to Instagram, Johnson shared his weight after discontinuing steroid use for a week.

Bryan Johnson became one of the fastest-growing fitness influencers online after several clips of him munching on cuts of raw meat and organs, including brain, liver, bone marrow, and bull testicles went viral. He encouraged an ancestral way of living based on the nine ancestral tenets. He quickly gained over 1.7 million followers on the photo-sharing platform and has more than 76.2 million likes on TikTok.

Although he denied taking steroids on numerous occasions, there was speculation about King’s natty status given his monstrous physique at 45 years old. While many were following in his footsteps, UFC color commentator Joe Rogan was not convinced in the least. Rogan bashed Johnson for putting on a gimmick to sell his products and even stated that he had an “a** full of steroids.”

Liver King’s house of cards came crashing down on Nov. 29. Performance-enhancing drugs (PED) expert Derek of More Plates More Dates (MPMD) shared screenshots of a private email exposing the alleged bloodwork and steroid cycle of Johnson. A few days later, Johnson came clean on lying about his steroid use in an apology message.

Last month, Johnson expressed his willingness to go natty and committed to getting off the juice eventually. Since he was on a lot of gear, going cold turkey would have adversely affected his health.

In recent stories uploaded to Instagram, Liver King shared the change in his weight from going off the juice for a week.

He can be seen looking a bit different than his former self. He appears to have dropped some muscle and weight overall. He also revealed that he fasted for 24 hours when the photo was taken.

Johnson followed up with another update, where he tipped the scale at 188 pounds after going 42 hours without food. 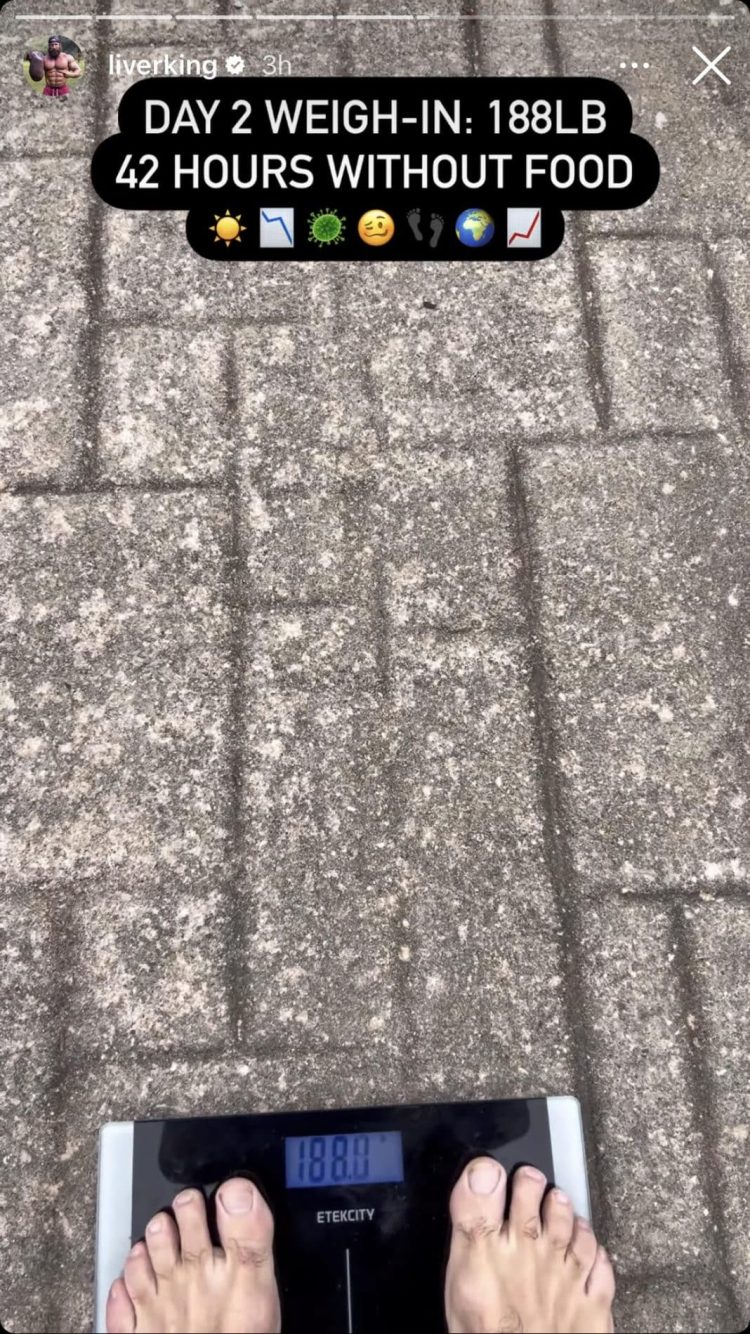 His journey to redemption is a long one. Derek of MPMD argued the exposé would not be the end of the story as he believes there’s “definitely more stuff out there.”

Last month, Liver King made a trip to the clinic of Dr. Daniel Barrett to dispel the rumor that he got ‘ab implants.’ The doctor used a machine on Johnson’s midsection to check for any sign of implants and concluded his abs were likely natural.

Johnson was recently struck with a $25m lawsuit for deceiving his fans and customers following his confession. A New Yorker sued Johnson and his companies for misleading them.