TikToker Lexi Moore informed her viewers that the man is 'banned from that gym, not able to return again'. 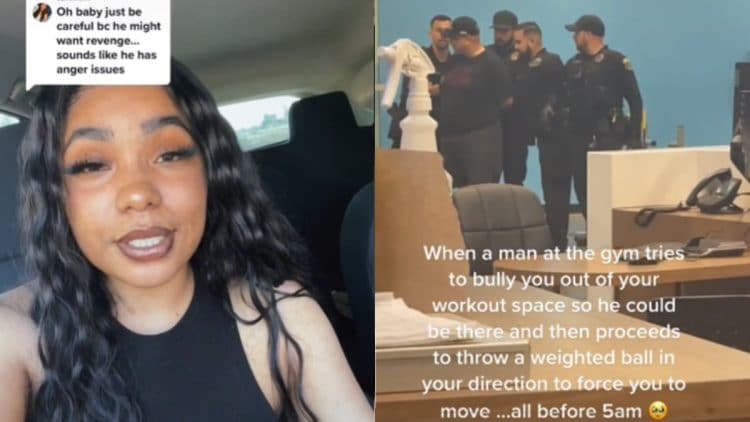 With the prevalence of social media, gyms have become an epicenter for conflict and drama. In a recent post made on TikTok, Lexi Moore revealed that a man attempted to throw a medicine ball in her direction to stop her from working out.

Not all gym TikTok encounters are hostile, as some people are more interested in spreading positivity while staying physically fit. Sometimes people go viral for the right reasons, like in March when TikToker Sherein Abdelhady turned heads after deadlifting 425 lbs. However, every now and then chaos enters the equation and people go viral for all the wrong reasons. One example saw a popular fitness influencer Kylen Suttner working out with dumbbells but caught a ‘Karen’ stealing her weights after putting them under a bench.

According to TikTok user Lexi Moore, she was recently accosted by a man while trying to work out in peace at her local gym in Phoenix, Ariz. She alleges that the man attempted to throw a weighted ball in her direction to thwart her from working out any longer. Moore insinuates that the man has resorted to violence before, claiming that he has done this to other women in the past.

In a series of TikTok videos, Moore addresses the situation and provides some clarity on what might be happening as a result of the violent man’s behavior. In her first video, Lexi showed a quick clip of the man being detained by police officers. She also put an overlay on her video, writing

“When a man at the gym tries to bully you out of your workout space so he could be there and then proceeds to throw a weighted ball in your direction to force you to move …all before 5am.” Lexi Moore wrote.

Now I finally understand the girls who feel uncomfortable working out at the gym, especially when no one comes to help you and just watches ! Front desk attendant ended up intervening . #fypシ #eosfitness #gymtiktok #sharingiscaring

“Now I finally understand the girls who feel uncomfortable working out at the gym, especially when no one comes to help you and just watches ! Front desk attendant ended up intervening. ” Moore wrote in the video’s caption.

Following the stressful encounter, her TikTok following were eager to hear further details surrounding the story. After the manager was made aware of the situation, police got involved and he was subsequently banned from the location. In a second video, Moore revisits the topic and admits she’s unsure if she will return to the gym despite it being her regular location.

“I did want to reply to this, and say number one, thank you for your concern. Because I did see a lot of people say something similar to this and it was also one of my concerns after that situation. What’s going to happen now, because I go to this gym pretty regularly, it’s right by my house. Believe it or not, I got a call from the EOS manager about two hours ago now.

She let me know that he is banned from that gym, not able to return again and that they are working on getting him banned from other gyms in the area. So, we’ll see what happens with that. She did reassure me that she wants me to come back.” TikToker armanilex said.

Reply to @mariaselene89 hope this answers some of y’all’s question . I appreciate the luv 💙

Fitness influencer Joey Swoll has made a mission out of correcting ‘toxic gym culture‘ and poor gym etiquette. Moore’s situation certainly falls into that category given the brazen actions taken by the man who was detained.  Swoll believes gyms are meant to be a safe place to exercise where people shouldn’t be concerned for their safety and wellbeing. While his movement to address poor gym behavior is growing, clearly the message is still falling on deaf ears in some cases.

Lexi was shaken up from the ordeal but is thankful law enforcement was prompt in their response. After answering her fan questions, it appears Lexi Moore wasn’t seriously hurt, and the gym manager is taking proactive measures to prevent this from happening again.