Fitness icon Mike O'Hearn is once again taking his talents to the movie theatres as Brad Vanderhorn. 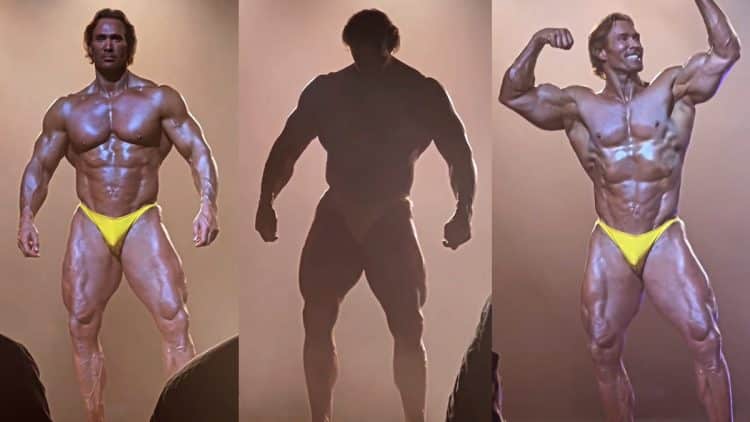 Old school bodybuilding veteran Mike O’Hearn is revered for his ripped physique at the age of 53, and he doesn’t appear to be slowing down. In a recent Instagram post, O’Hearn gave fans an epic teaser for his role in the bodybuilding film Magazine Dreams.

Mike O’Hearn is a man of many talents, who has spent time training as a bodybuilder, powerlifter, and strongman. He has worked out with the likes of four-time World’s Strongest Man Brian Shaw. Though, his eclectic approach to life has also seen him train alongside a number of bodybuilding veterans. In June, O’Hearn trained arms with Robby Robinson, a veteran that competed in the sport for over thirty years.

In addition to his fitness endeavors, Mike O’Hearn is a model and actor. He has taken part in television shows like Gladiator, where he played roles as Thor and Titan from 1989 to 1996. He also appeared in the 2008 revival of the show. In 2011, Mike was featured on an episode of the hit comedy series, It’s Always Sunny in Philadelphia.

O’Hearn’s aesthetics and overall build at 53 years old are astounding. If anyone has found a way to stave off aging, it’s O’Hearn. Given his ability to maintain a low body fat percentage for well over three decades, many have begun to question his ‘natty or not’ status.

Due to a growing number of questions about whether he uses steroids, Mike met with fitness influencer Kenny KO to settle the ongoing discussion. Mike has maintained that he’s a lifetime natural athlete and stressed that his physique has nothing to do with what he’s doing now, and ‘everything’ to do with what he did as a teenager.

In a video posted to Instagram, Mike shared a short clip of his role in Magazine Dreams, which you can find below.

I am super excited about this movie project we just shot. Mike O’Hearn wrote.

According to IMDB, the film was written and directed by Elijah Bynum and will star Haley Bennett, Jonathan Majors, and Taylour Paige. The movie is about a struggling black amateur bodybuilder. Based on the footage provided, it’s unclear what O’Hearn’s role entails, however, the clip shows him acting as Brad Vanderhorn, posing on stage with yellow trunks. The clip ends with O’Hearn smiling while hitting a statue-esque front double bicep pose.

Back in July, Mike revealed via Instagram that the movie was ‘finished.’ His most recent post says ‘coming soon’ so fans should expect to see the bodybuilder’s motion picture moving to theatres imminently.

O’Hearn has kept up with a busy schedule for most of his life. Last week, the former four-time Mr. Universe winner shared a workout with Arnold Schwarzenegger‘s son Joseph Baena. They practiced some of their favorite arm supersets during the training session.

Despite his age, Mike O’Hearn has developed a reputation for his insane work ethic and overall strength. The nuance and detail of his workout routines are second to none. He met with three-time Mr. Olympia Frank Zane and the two discussed the value of odd workouts that often go unnoticed in the fitness world.

With his latest movie project set to release soon, fans will get an even closer look at Mike O’Hearn’s incredible physique at 53 years old. Judging by his build in Magazine Dreams, O’Hearn’s longevity is a testament to how healthy bodybuilding can be if practiced in a safe manner.