The ultimate cheat sheet for becoming ‘The Baddest Man on the Planet.’ 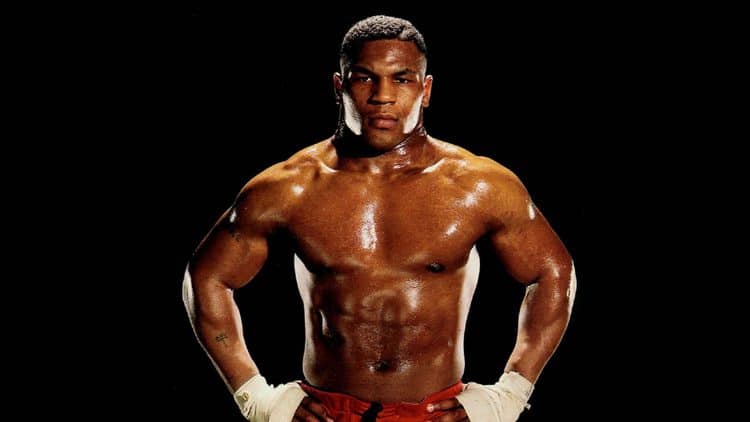 Mike Tyson is arguably one of the most successful boxers of all time and an International Boxing Hall of Fame inductee. He retired in 2005 with an impressive record of 50-6-2.

Tyson has one of the most recognizable faces in the world. While most of us know him for his boxing, some recognize Mike and his pet tiger from the Hangover movies – amongst other things.

In a totally unrelated poll, Hitler was named the world’s most recognizable face. Moral of the story – It pays to be ‘the baddest man on the planet.’

Mike Tyson made a comeback for an exhibition match at the age of 54. Yup, 54. The age where most people are planning their retirement, tinkering with a new hobby like gardening, and spending time with their families. But the retirement life is not for Tyson.

When Mike’s contemporaries were checking their 401K balance, he was busy training for a comeback. He is not called Iron Mike for nothing. Not only did the 54-year-old Tyson go the distance with a younger Roy Jones Jr., but in a podcast after the match, he let his intentions of returning to the boxing ring be known to the world. You just cannot keep Kid Dynamite out of action.

Iron Mike had retired from boxing at the age of 39. The fact that he is still in shape and trying to get better is admirable. It also calls for revisiting the K.O. master’s workout and diet program.

Mike Tyson was not born with a silver spoon in his mouth. On the contrary, he was a member of various street gangs at an early age and was sent to reform school in upstate New York. After recognizing his boxing potential, renowned trainer Cus D’Amato took Mike under his wings and became his legal guardian.

If rumors are to be believed, Tyson consumed anywhere between 3,000-4,000 calories every day during his hay days. Mike Tyson was 5’10” tall and weighed 218 pounds in his fighting days.

His workouts (involving cardio, calisthenics, stretches, and boxing exercises) were so intense that he would turn that energy into muscle.

Cus’ training techniques and Tyson’s hard work did wonders. In 1986, at the age of 20, Mike Tyson became the youngest heavyweight champion in history.

D’Amato was ahead of his time. He understood the importance of eating healthy and made Tyson follow a macro-dense diet.

Mike Tyson stuck to lean meats, veggies, fruits, and other whole foods in his diet. Iron Mike was allowed one cheat meal a week, and not even the strict D’Amato could stop him from gulping down his favorite cheat meals – ice cream and Cap’n Crunch. 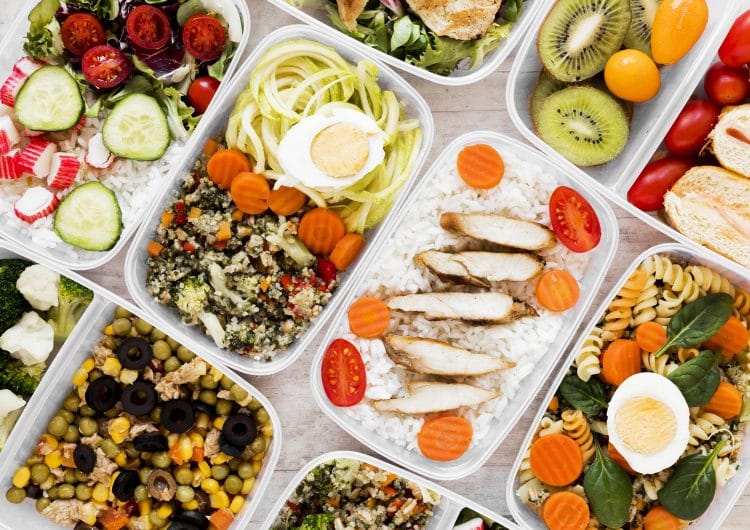 Unlike most celebrities these days, Mike Tyson did not shy away from eating carbs first thing in the morning. He preferred eating low-GI carbohydrates as a source of energy.

Although the exact amount of food he ate is never mentioned, it is safe to assume it was plentiful.

Mike did not eat 5-6 small meals throughout the day like a typical bodybuilder. Instead, like most other mortals, he ate three hearty meals a day.

There are no sweet potatoes or protein bars on this diet plan. You stick to the basics and focus on training to be the best boxer and improving your physique while eating a calorie surplus.

Mike Tyson was allowed one cheat meal per week. He went all out on this day to satiate all his cravings. Make sure you do not turn this cheat meal into a cheat day.

The baddest man on the planet relied on supplements for recovery. Tyson used the power of science to take his physique to the next level.

Some of his favorite supplements include:

Tip: Use our Protein and Creatine calculators to find your optimal intake.

‘Iron Mike’ is not a fancy way of saying Tyson loved resistance training. ‘Iron’ represents Mike’s willpower in taking a hard line on what he ate and his 100% commitment to brutal workouts. Tyson’s neck workouts were so insane that his neck training is revered to this day.

Tyson treated every fight like his last. He would train for up to 60 hours a week leading up to a fight and only took one day off. Cus D’Amato helped Mike hone his skills and set a base for a legendary career that was to follow.

Mike Tyson fired on all cylinders, matching hands of steel with impressive speed and fancy footwork. Thanks to his crazy training, most of his fights ended with him knocking out his opponent.

Mike Tyson started his day at 4 am every day.

Prepping for a fight does not end in the gym. Boxing is as much psychological as it is physiological.

Each night leading up to a fight, Tyson did his homework and reportedly studied fight films. He watched his opponents closely to learn their moves and develop his anticipatory muscle memory.

Cus D’Amato believed in active rest and lots of sleep. He certainly would have been an athlete’s favorite coach. On his day off, Mike would watch old fight films from Jim Jacob’s collection with Cus, and analyze fights punch by punch.

Mike Tyson did a 90-minute session on the stationary bike on his rest day.

It might disappoint many gym bros, but Tyson did not do a lot of weight training. In fact, Mike said that lifting weights has about as much resemblance to punching as “cheesecake.”

In Mike’s opinion, floor and bodyweight exercises work best for a fighter. Cus had repeatedly told Mike that weight lifting slowed him down and that he needs more speed, because “Speed Kills!”

Iron Mike did not follow a typical bodybuilding workout. He did not rely too much on resistance training and instead focused on boxing-style training that kept his heart rate up and worked on his explosive strength and stamina.

One of the most fascinating parts about Mike’s training was the use of hypnosis.

In the book “Iron Ambition“, Mike talks about Cus taking him to a hypnotist. While Mike was under hypnosis, Cus would tell him that he had a “powerful jab” that he “timed it well” and he could beat anyone he faces.

Cus would say, “You’re a fighting machine, Mike. You’re the best fighter that God has created. The world has never seen a fighter like you because when you throw your punches in combination, you are ferocious. Ferocious. Your intention is to inflict as much pain as possible.”

“Your jab is like a weapon. Like a battering ram. Your objective is to push his nose into the back of his head. You throw punches with bad intentions and move your head after every punch. You are a scourge from God—the world will know your name from now to the eons of oblivion.

I’m not telling you all this because you are incapable of doing these things. This is not a séance. This is what you are capable of doing. I need you to relax, this is going to help you.”

I don’ know about you, but if I had Cus saying these things to me daily, I would crush every obstacle in my way.

Training like Mike Tyson needs iron discipline, motivation, mindset, and a little bit of hypnosis. Tyson’s life is an example that no matter how bad things get, you can always come out on top if and when you decide to go all-in.

You will find a lot of nay-sayers on your way to greatness. Do not waste your time and energy reasoning with them. Do what Kid Dynamite did to their likes and no one will dare block your path. Watch the video:

Best Pull-up Alternatives and Variations For All Fitness Levels

Charles Glass is a pillar of knowledge in the bodybuilding community and is known for getting the most out of...

Will Smith continued his recent fitness journey by joining NFL quarterback Tua Tagovailoa for strength training. With the intention of dropping...