After his recent win at the Arnold Classic UK, Nathan De Asha probably won't be competing at the Olympia in a few days. 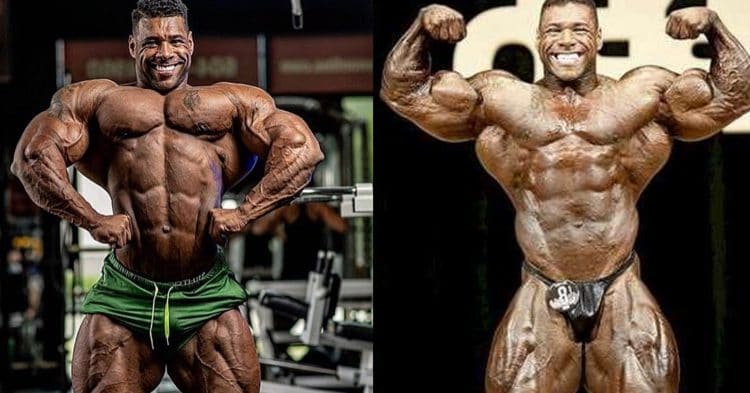 Nathan De Asha Out Of 2021 Olympia

Following his victory at the Inaugural Arnold Classic UK over the weekend, there are doubts Open competitor Nathan De Asha will be participating at the upcoming Olympia that’s just a few days away. The event is scheduled for October 7-10, 2021 in Orlando, Fl.

De Asha qualified for the 2021 Olympia in August following his Europa pro Show victory. It was the first time he’d competed since his run-in with the law back in 2019.

During Covid shutdowns, Nathan has fought to keep his gym doors open but his ambitions were met with opposition from law enforcement.

In fact, he was fined and then threatened with more fines if he continued to disobey the local ordinance to close his gym doors. Additionally, members who stayed in the facility would also be fined. But he insisted on staying open and made it clear that he didn’t care about the fines.

However, De Asha ran into more trouble after police apparently received a call that he was holding members of his gym against their will. There’s even video footage of police assaulting him. While we won’t go into detail as it’s a crazy and complex situation, you can read more on the story here.

Then not long after, he was ordered to pay back thousands from the sales of illegal steroids or he’d face time in prison.

Rumors of Not Competing at The Olympia

So while we don’t have enough details to say for sure that Nathan is not competing at the 2021 Olympia just days away, there’ve been some rumors that he won’t be.

The reasoning from the source was that because of the legal troubles, he’s not been granted a U.S. Visa. Therefore, he cannot compete in the Sunshine state.

Regardless, he’d be cutting it really close at this point, unlike fellow UK competitor James Hollingshead who’s already arrived in Florida.

2021 Mr. Olympia List of Qualified Athletes in Every Division

De Asha also said in a video a day before the Arnold Classic UK that it was more important for him to be there and keep the title on his home turf of England.

That wasn’t necessarily implying that he wouldn’t compete at the Olympia. However, it’d be much more satisfying to have his family and friends there seeing him win the show as opposed to the Olympia where he’d have no one. It’s more personal for him.

“Family is everything,” he said.

Additionally, he explained that when he signed the contract for the Arnold UK, he wasn’t told anything about the circumstances regarding coming to the US and the flight situation was difficult as well.

Plus, his 2021 Arnold Classic UK win did qualify him for the 2022 Olympia. So he won’t have to worry about that and hopefully by the time the Olympia rolls around next year, he’ll have sorted out the situation.

Be sure to follow us during the Upcoming Olympia events as we will be providing news leading up to and coverage of the prestigious event.