Bodybuilder Nick Walker Shoots Down Competing at 2023 Arnold Classic: “Not This Year”

'The Mutant' is skipping next year's 2023 Arnold Classic following his third-place finish at 2022 Olympia. 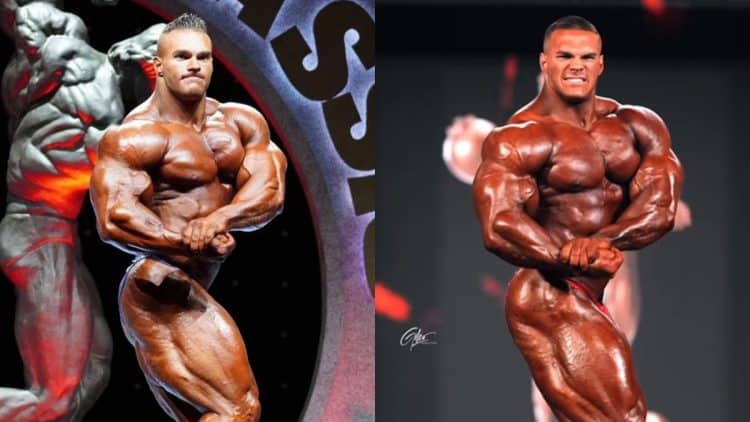 Bodybuilder Nick Walker will not compete at the upcoming 2023 Arnold Classic next March. On Thursday, December 22, 2022, Walker broke the news via Instagram just days after finishing third at the 2022 Mr. Olympia contest.

Last year, Walker became a household name in the sport after winning the 2021 New York Pro and Arnold Classic back-to-back. Instead of enjoying the success, he got right back to work and built an Olympia-caliber physique. At his first ever Olympia competition, Walker finished fifth.

All year, he’s kept fans and followers up to date on his training sessions. In addition, Walker has been open about his goals and aspirations as an IFBB bodybuilder. Before taking to the stage for 2022 Mr. Olympia, Walker discussed his season with former seven-time 212 winner Flex Lewis. At the time, Walker said he would ‘1000 percent’ become the next Mr. Olympia.

And while he wasn’t able to make that dream a reality this year, many believe Walker is on track to become a Mr. Olympia champion soon. Over the weekend, he earned third place behind runner-up Derek Lunsford and champion, Hadi Choopan.

Even though he didn’t win the title, Walker was given the People’s Champ Award — the same recognition Hadi Choopan received at 2021 Olympia when he finished third.

Fans were hoping to see Walker back on stage in a few months, but the 28-year-old shared on Instagram that he will not be competing at next year’s 2023 Arnold Classic.

In a fan interaction shared via Instagram, Walker said he won’t compete at the 2023 Arnold Classic but left the door open for the future. 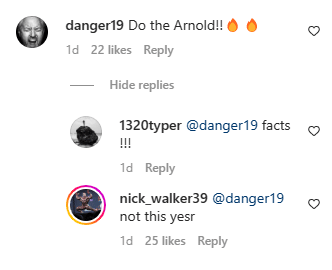 Leading up to the 2022 Olympia show, Walker endured his fair share of obstacles. In Feb., he and his coach Matt Jansen stopped working together. Reasons for why they stopped working together were unclear, though some have suggested Walker wanted to do the 2022 Arnold Classic and Matt didn’t. Meanwhile, others have hinted that supplement contracts were the root cause of their separation.

Nevertheless, Walker and Jansen reunited 12 weeks before Walker was expected to perform on stage at Olympia. Walker promised Jansen that he would become his trainer’s first Men’s Open Mr. Olympia champion.

Following his bronze finish, Walker reflected on his sophomore appearance at the 2022 Mr. Olympia. Even though he wasn’t able to raise gold above his head, Walker is optimistic about his future after placing third. His goal was to bring a different type of posing routine and energy to the stage, something he felt he accomplished.

Milos Sarcev had an issue with Nick Walker taking third place at 2022 Olympia. According to Sarcev, his client Samson Dauda deserved to beat Walker, but ended the show in sixth place. Not only does Sarcev believe Samson beat Walker, but he added that ‘The Nigerian Lion’ could have taken out Derek Lunsford ‘pose for pose’ as well.

Given his young age and ability to improve from year-to-year, Nick Walker has become one of the most talked about talents in the Men’s Open. Instead of competing in Ohio, Walker and Jansen will use the time to bring an even more dangerous look to his next show.