Nick Walker Lays Out Goals for Bodybuilding Career: ‘I Want to Win As Many Arnolds and Olympias As I Can’

Walker said this year's Olympia contest won't be easy for anyone: 'I don't think anyone's placing from last year is safe this year.' 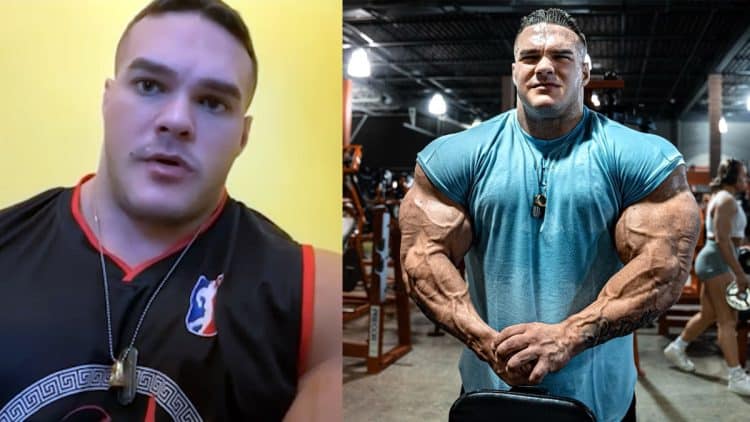 Bodybuilder Nick Walker understands the mission heading into his second Mr. Olympia contest this December. In a recent video, Walker discussed his competition, career goals, and what it will take for him to compete at the 2023 Arnold Classic contest.

“We don’t know exactly what to expect but I know there’s no one safe,” Walker said while discussing his chances at 2022 Olympia.

Last year, “The Mutant” dominated his rookie season. It started with him earning the 2021 New York Pro title. Then, he took his talents to Ohio and won the Arnold Classic. Walker carried that momentum into his first Olympia contest, where he finished in fifth place.

In February, Walker and his coach Matt Jansen decided to part ways. It remains uncertain why exactly they stopped working together. Some speculate that it had to do with Walker wanting to compete more instead of taking time away from contests like Matt wanted.

Others have said that supplement sponsorships were the root of their separation. Nevertheless, they are back working together now and intend on bringing Walker’s best look of his career.

The Men’s Open lineup at Olympia this year is arguably more stacked than ever. In fact, four-time Olympia winner Jay Cutler predicts the show may go down as one of the greatest. And bodybuilding legend Cutler isn’t the only one suggesting that, now add Nick Walker to the list.

Nick Walker says ‘No One Is Safe’ This Year: ‘This Is the Olympia of All Olympias’

In a recent video, Walker gave his thoughts on the field of talent expected to compete at 2022 Olympia, scheduled for December 15 – 18 in Las Vegas, Nevada.

“This is the Olympia of all Olympias right now,” says Nick Walker. “I’ll tell you this, as confident as I am, I’ll always be confident, but this is not going to be easy for anyone. That’s just reality here. I don’t think anyone’s placing from last year is safe for this year. Of course, we have the heavy hitters, but you also have some dark knights here that can rise up and shock the world here,” Nick Walker said.

Walker listed who he believes could shock the world when they compete at 2022 Olympia. He has a unique opinion regarding many of these athletes because Nick trained with most of them during the off-season. He pumped iron alongside Derek Lunsford, Samson Dauda, and Brandon Curry ahead of their scheduled showdown.

In the past, Walker discussed Lunsford’s potential move to the Open. While he anticipates Derek will defeat him one day, Walker doesn’t believe that will happen in December. He maintains that Lunsford will struggle with the size of many heavy hitters from last year.

Brandon [Curry] — we don’t know what to expect from him, but Brandon is always Brandon right. Then Ramy, who looks like he’s already got the cheek bones popping. He’s ready to go. This is going to be one of those Olympias where you have to be like fuc**ng peeled and ready… and full. This is that show where they say, ‘you’re not going to nail your peak every show,’ well this is one you got to nail. This is the one.”

The New Jersey native is unsure what the future holds but said his plan is to win as many Olympia and Arnold titles as possible before retiring. He added that he might compete at the 2023 Arnold Classic but that will be determined after his latest Olympia appearance.

“But to me, right now, it’s just all going to be where my head is at after the Olympia and go from there. At this point in my career, I will always now put my mental state first. If after the Olympia I’m kind of like, ‘let me get a week.’ I go home for the holidays. You know, after a show, you’re like, ‘I don’t want to fuc**ng do it anymore, I’m done.’ Then you’re like, ‘you know what I’m okay, let’s do the Arnold.'”

“I didn’t compete all year last year. That did take a large toll. But now that I’m only doing one show — like I said, I’ll see how I feel. If I do really well at the Olympia and I’m running off a high, I’ll go do the Arnold. If things don’t go the way I planned and I’m just not in it, I’m going to take a break. It’s all going to depend on how I feel.”

Conversely, Nick said if he performs poorly, then perhaps he might try to redeem himself in Ohio — however, these decisions will be made depending on how he feels at the time.

“I could do bad at the Olympia but then be like, ‘fu** it, I need to redeem myself, I’m going to do the Arnold.’ It’s just going to depend on how I feel. As of right now, mindset-wise, it is something I would like to do, yeah,” Walker shared.

Before all is said and done, Walker wants his accomplishments to be remembered forever, which he believes is possible if he wins at least one Olympia title and two Arnold Classic trophies.

“That’s what I’m saying, I want to win as many Arnolds and Olympias as I can. At this point in my career, I don’t want to compete all year long. I want to do the top two big shows — fuc**ng run it. Then, when I’m ready to call it for my career, I’m ready — but I want to do it on my terms. If I win one Olympia and two Arnolds, that’s going to be remembered forever.”

Since rejoining his former coach, the intensity of Walker’s contest prep has been evident. In addition to countless training sessions with top-tier athletes, Nick demolished a massive deadlift for reps, showcasing his power and strength ahead of the biggest event of the year.

With plans of toppling Big Ramy, time will tell if Walker realizes his goal of becoming the best bodybuilder in the world. Regardless, “The Mutant” doesn’t believe this contest will be a walk in the park for anyone, including the reigning champion.