Bodybuilding phenom Nick Walker took to YouTube and showed off some intense workouts. 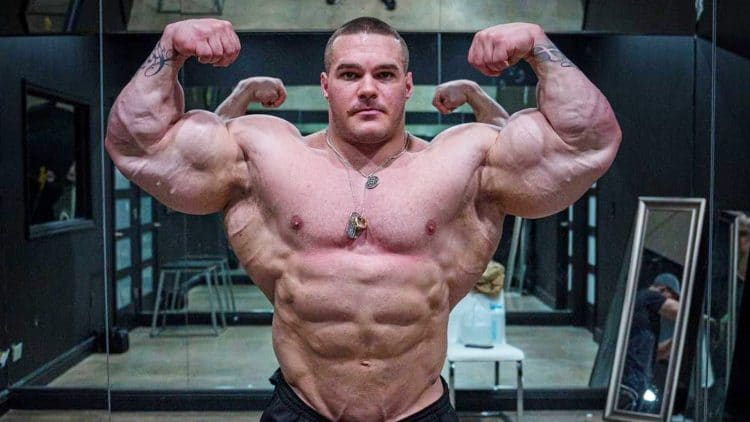 After winning the 2021 Arnold Classic and The New York Pro, Nick Walker has elevated his name in bodybuilding unlike many before him. In a recent video shared on YouTube, Walker gives fans a run-through of his arm workouts while in the practice room.

Walker is coached by Matt Jansen, and the two have been inseparable since forming their strong bond. As part of the top crop of modern bodybuilders, Nick Walker has displayed consistency and discipline even in the younger stages of his career.

With a focus on 2022 Mr. Olympia, the bodybuilding star is determined to find success at the highest level in the sport. On Nick Walker’s YouTube channel, “The Mutant” dives into some strenuous arm workouts and gives fans a glimpse of his training regimen for the upcoming season.

During the video, Nick Walker maintains that he does three sets of each exercise which last approximately 10-15 minutes. The bodybuilding star admits he doesn’t like to over-train arms. With an emphasis on avoiding joint injuries and enhancing muscle growth, Walker is adamant his sets of three keep him in healthy condition.

Even in the offseason, Nick Walker’s dedication to his craft is impressive. The 27-year-old continues to make strides both in diet and in the training room. Maintaining the physique of a bodybuilder is no easy task, it requires meticulous detail to diet, supplementation, exercise, and rest. Thus far, Nick Walker appears to have a system down, and his results in the gym speak for themselves.

What makes Nick Walker such a threatening bodybuilder is his cerebral approach to the sport. Understanding the different aspects of bodybuilding has enabled the young yet successful Walker to make steady improvements to his physique.

The recent video Walker uploaded not only demonstrates an arm workout but a commitment to his craft in a calculated manner. Sometimes training intensity varies depending on when a competition might take place and Walker realizes that is a vital part of staying healthy in the offseason.

How To Watch the 2021 Dubai CrossFit Championship LIVESTREAM for Free