'The Mutant' joined Guy Cisternino to discuss the emotional struggle of preparing for 2022 Olympia: 'I didn't even think I was going to make it to Olympia.' 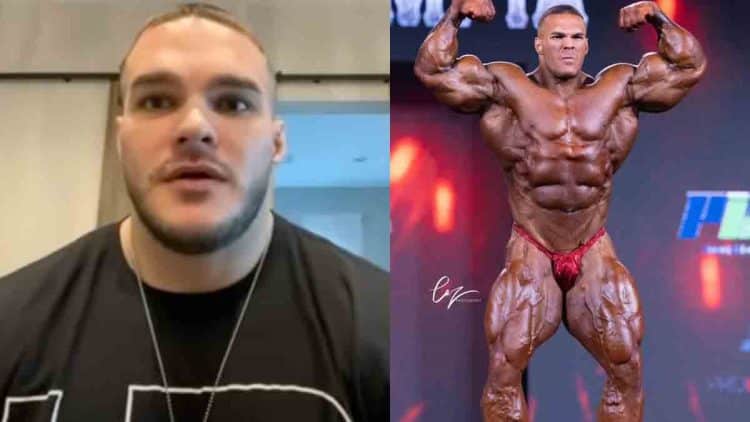 Men’s Open star Nick Walker joined Guy Cisternino to summarize his successful third-place appearance at the 2022 Mr. Olympia contest. According to ‘The Mutant,’ he almost pulled out of the competition and was stuck ‘in a dark place’ before competing last month.

“After the Arnold [2021], I think winning that, I started to get a lot of self-induced pressure on myself to succeed on a higher level,” Walker said while recapping his latest season.

Following the conclusion of 2022 Mr. Olympia, the Men’s Open division changed shape completely. Mamdouh ‘Big Ramy’ Elssbiay shockingly dropped to fifth place. Many in the sport, including head judge Steve Weinberger, thought he came into the show off and hinted that he was suffering from injuries. During the finals, Hadi Choopan, Derek Lunsford, and Walker battled for the sport’s most coveted title.

While he made meaningful improvements from 2021 Olympia, Walker was unable to prevent Choopan from winning his first Sandow. Throughout last year, Walker was met with a few obstacles, most notably, losing Matt Jansen as his bodybuilding coach.

The reason for their separation is unclear to this day, though, fans suspect it was because Nick wanted to compete at the 2022 Arnold Classic whereas Matt thought the 28-year-old should rest his body for an extensive Olympia prep.

In late September, Nick and Matt reunited with a shared goal of dominating 2022 Olympia. In a recent interview, Walker opened up about ‘the dark place’ he was in before moving up to third place in Las Vegas a few weeks ago.

Nick Walker Says Outside Pressures Affected His Mindset During Prep

Walker explained that outside pressures like social media affected his mindset heading into a long 2022 season.

“The expectations that I had on me — the social media made things 10 times worse. So, then after I got fifth at Olympia, I wanted to do the [2022] Arnold. Because I thought to myself, somehow I need to stay relevant and keep going.

When the smart decision mentally, was, ‘nah dude, you’re done, let’s take a break.’ Because of the expectations and self-induced pressure, and everyone is like, ‘oh, do the Arnold and reclaim the title and do this and that,’ and it’s starts to fuck with you really really bad. And because of how quick the success was, I never had the time to grasp and sit down and take in everything. I still haven’t. I’m third in the world in my second year as a pro,” says Walker.

After losing his coach Matt Jansen, Walker said nothing ‘felt right’ while working with his new trainer, Dom ‘Supersliced’ Mutascio. Approximately a month before 2022 Olympia, Mutascio reflected on working with Walker. He mentioned that they were on the same page at first but eventually, Walker gave Dom ‘resistance’ during the later stages of prep.

“Because of that I developed a lot of issues. Me and Matt [Jansen] broke up. I went to a very dark place. I moved [from New Jersey]. I’ll be honest, that was probably a very emotional decision I made — I don’t regret it, but I shouldn’t have done it. It led to me working with someone else [Dom ‘Supersliced’ Mutascio] that I knew wasn’t right for me. Nothing against him, he was a great coach, but nothing felt right.”

“I was in such a dark place that it affected our relationship at the very beginning, luckily she stuck it out. Other decisions got made down this road, with me as Hosstile, and everything else. Once, me and Matt got back together, and once Maria came back down to Tampa before we left to go to Vegas — I can’t even tell you why coming here was such a big ass weight lifted off my shoulders.”

At one point, Walker said he almsot pulled out of the 2022 Olympia contest.

“Honestly, it was coming here [to Vegas was the turning point in my prep]. Bro, I didn’t even think I was going to make it to the Olympia. I almost backed out,” said Walker.

To prepare for Olympia, Walker utilized a strict training split, consisting of two days on and one day off.

Walker said he ate more food on days he trained legs. Most of the time, he let his significant other decide on which restaurants to eat at.

“[Leg] day is always a different day. I would do chest and biceps and then I would do back — rest — shoulders and triceps, legs, rest,” Walker explained. “We would have the breakfast, train, post-meal, come home, have another regular meal. And then, it would be like 5:30, 6:00, and it’d be, ‘where do you want to go to dinner,’ and it will be different [each day during prep].”

This wasn’t the first time Nick Walker shared details surrounding his latest Olympia prep. Given the difficulties he faced en route to 2022 Olympia, Walker is grateful to have placed third. However, after taking a closer look, he thought his package was worthy of earning second-place. Instead, former 212 Olympia Derek Lunsford took that honor.

Looking ahead, bodybuilders are starting preparations for the upcoming 2023 Arnold Classic. Some fans speculated that Walker would compete in Ohio in less than two months, but he’s since dismissed that idea and said, ‘not this year.‘ Walker is only two steps away from becoming Mr. Olympia and plans to close that gap later this year at the next Olympia contest in November.

Shaun Clarida Teases Samson Dauda Showdown At 2023 Arnold Classic: I’m Going To Have To Out-Pose Him’