Oleksii Novikov also disclosed which competitions he intends to compete in this year. 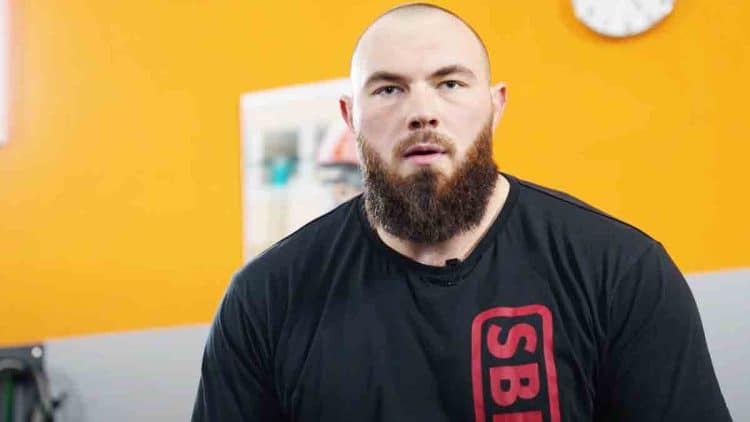 Ukrainian Strongman athlete Oleksii Novikov is a name to be reckoned with in the competitive modern Strongman scene for his incredible strength, speed, and agility. He recently did a Q&A video on his YouTube channel, where he revealed his plans and intentions for this year. In the video, Oleksii can be seen performing a deadlift session and answering questions in between his sets.

Oleksii Novikov has had an incredible season in 2022, having won the 2022 Europe’s Strongest Man and the 2022 Rogue Invitational. In addition to that, Oleksii placed second at the 2022 Arnold Strongman Classic and third at the 2022 World’s Strongest Man contest. However, he is focused on making 2023 one of the most memorable years so far by setting a record that has never been surpassed.

During his performance at the 2022 Shaw Classic, Oleksii Novikov had one of the most epic lifts of the year, having set a 549-kilogram (1,210-pound) Hummer Tire Deadlift World Record. Well, he now plans to further improve on that by an additional 51 kilograms (112.4 pounds), which would make him the first person to lockout 600 kilograms (1,322.7 pounds) in any variation of the deadlift.

“I would also like to go to the Shaw Classic and pull 600 kilograms (1,322.8 pounds) in this tire deadlift (the Hummer Tire Deadlift). Because last year I did 549 kilograms, now I want to pull 600 kilograms to close the topic about this deadlift. Last time (when he set the record) I didn’t train it at all.”

Oleksii Novikov might attempt to set this mark at the 2023 Shaw Classic, but that won’t be the only competition he plans to take part in. The main events that are on his mind are the 2023 Europe’s Strongest Man and the 2023 Rogue Invitational, since he will be defending his titles.

Apart from that, Oleksii will be taking part in the 2023 WSM, as well as a few Giants Live competitions which he didn’t name precisely.

“What I am planning at the moment is the Europe’s Strongest Man, the World’s Strongest Man, and Rogue. That’s what I want. I also don’t know exactly all the dates and events of Giants Live. So, if it is all ok there, I’ll confirm myself competing there.”

Oleksii Novikov also talked about the Dumbbell Overhead Press for max weight World Record. He had his sights set on that World Record last year as well, but some shoulder issues prevented him from completing it. He will give his all to break the record this year, but it is not his main priority.

For reference, the heaviest deadlift of any variation currently belongs to Rauno Heinla, who holds the Silver Dollar Deadlift World Record of 580 kilograms (1,278.7 pounds). So, if Oleksii Novikov is successful in his intentions, he will truly make history.

Oleksii Novikov is known for breaking World Records, having even set a new Flintstone Barbell World Record at the 2022 WSM. So, there is no doubt that the 600-kilogram (1,322.8-pound) Hummer Tire Deadlift is a very realistic goal for him.