After Nick Waker, Andrew Jacked, and Patrick Moore entered the 2023 Arnold Classic, fans are wondering if Derek Lunsford will throw his name in the mix. 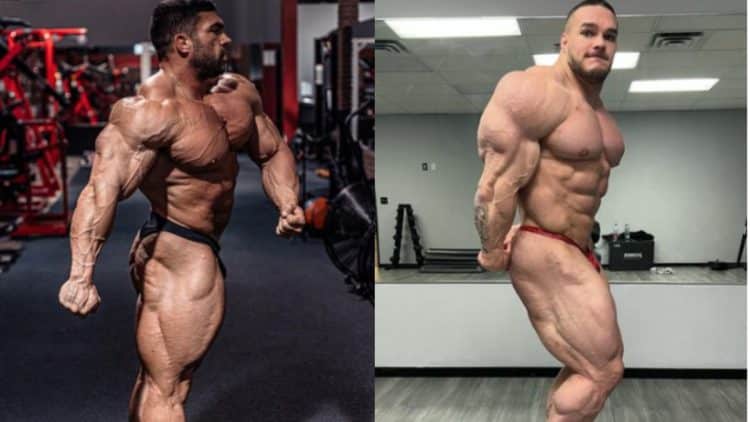 Bodybuilder Derek Lunsford looks shredded seven weeks from the upcoming 2023 Arnold Classic, taking place from March 2-5, in Columbus, Ohio. Following a recent physique update made to Instagram, fans are wondering if Lunsford will jump in the show.

Last year, Derek Lunsford dominated bodybuilding headlines on a number of occasions. He guest posed at Jim Manion’s IFBB Pittsburgh Pro show, where he stood next to Brandon Curry, Hunter Labrada, and Nick Walker, proving in the off-season that he had the ability to hang with mass monsters.

At last month’s contest, the finals turned into a three-man war between Nick Walker, Derek Lunsford, and Hadi Choopan. While ‘The Mutant’ secured the Olympia People’s Champ Award, he was unable to defeat Open class debutante Lunsford or the new champion Hadi Choopan. In the aftermath, Walker voiced publicly that he wouldn’t compete at the 2023 Arnold Classic.

One week after the sparse competitors list was revealed, the Arnold Sports Festival announced the Men’s Open prize money had increased from $200,000 to $300,000. As a result, Nick Walker, Andrew Jacked, and Patrick Moore threw their names in the hat. Given Lunsford’s success against Walker at 2022 Olympia, fans believe the former 212 champ is on the verge of competing again.

Derek Lunsford In Phenomenal Shape 7 Weeks From 2023 Arnold Classic, Will He Compete?

After Derek posted the update, fans joined the comment section to speculate about his possible return.

It remains unclear if Lunsford is planning to compete in less than two months. Walker announced his entry last week, and posted a similar physique update a few days ago. Despite losing to Lunsford, Walker is highly confident ahead of his next show.

Should Lunsford end up competing in Ohio, he’ll have more than Walker to contend with. Returning two-time champion William Bonac seeks redemption after falling to ninth place at 2022 Olympia. Meanwhile, Olympia sixth-place finisher Samson Dauda plans to improve after placing fourth at the AC last year. Lunsford also has a history with two-time 212 Olympia Shaun Clarida, who has promised the same Olympia package or better in the coming weeks.

Andrew Jacked and Patrick Moore were the latest additions to shake up the roster. Jacked took full advantage of his rookie season, earning his pro card, winning two pro shows, and finishing in the top eight at his first Mr. Olympia competition. As for Moore, he turned in a 14th place finish at his last Olympia contest in 2021 but took 2022 off due to an Achilles tendon injury.

Phil Heath, coached by Derek’s trainer Hany Rambod, has also teased his return for quite some time. The bodybuilding legend was caught working out with Regan Grimes recently. They took a photo next to each other and Heath looked massive. Some believe he might be prepping for another bodybuilding show given his size.

RELATED: Shaun Clarida On Battling Nick Walker at 2023 Arnold Classic: ‘I’m There to Beat Anybody’

While Lunsford hasn’t confirmed or denied his entry, many fans believe he’d be the perfect addition to the roster. If he did enter the show, he would immediately be recognized as a favorite, alongside Walker.