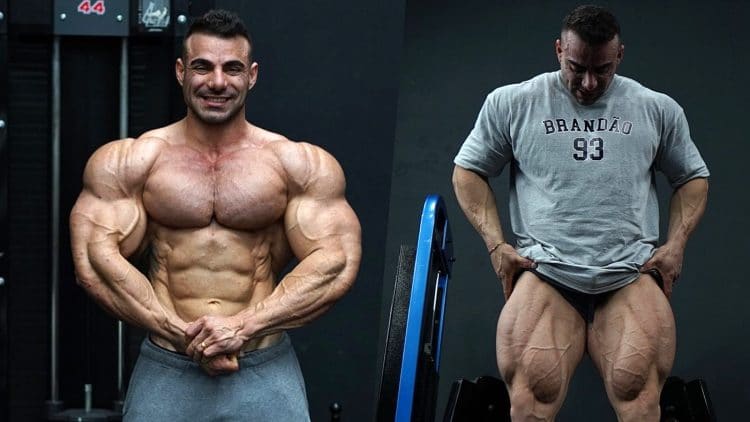 It has been a little over a year since the last time Rafael Brandao was seen competing onstage. As his return to action approached, he is showing some massive improvements in his physique and looks ready to be a threat in the Men’s Open division.

Brandao has long been looked at as a bodybuilder with a ton of potential, but he has not competed since the 2020 Europa Pro, where he scored 3rd place. A combination of illness and other factors led to him not competing at all in the 2021 Olympia season.

However he is set to return to action this weekend, at the 2021 Prague Pro, and he appears to have been spending his time not competing, working on making some big improvements. He has been sharing some photos and videos to his Instagram that show off his conditioning and size ahead of this contest, and he seems like a legitimate threat.

A Tough Road Ahead

There are a ton of serious improvements that Rafael Brandao has made since his last time competing, but he is still taking on a pretty solid group of competitors at the 2021 Prague Pro. Among these is Regan Grimes, who has also been making gains under the guidance of Milos Sarcev, as well as Roelly Winklaar, Nathan De Asha, and more.

Here is the lineup for the Open Division at the 2021 Prague Pro:

Nevertheless, the improvements that Rafael has been making as of late, confirm that he will be one of the top athletes onstage on November 6th. It is not just his conditioning either, as he has increased his size too, an area that has long been one of his weak points.

It is going to see this much improved version of Rafael Brandao take the stage this weekend, at the 2021 Prague Pro. He looks to be a serious threat to take the win and get invited to the 2022 Mr. Olympia.

Flex Lewis Will Show ‘Something F—king Special’ Onstage In 2022