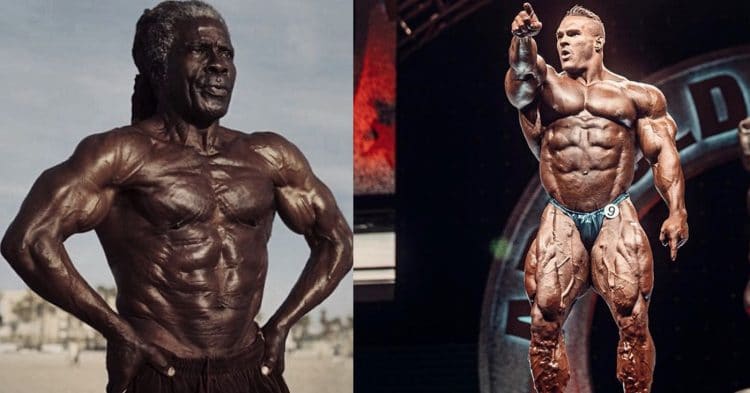 This is what he shared on Instagram after Nick’s win. 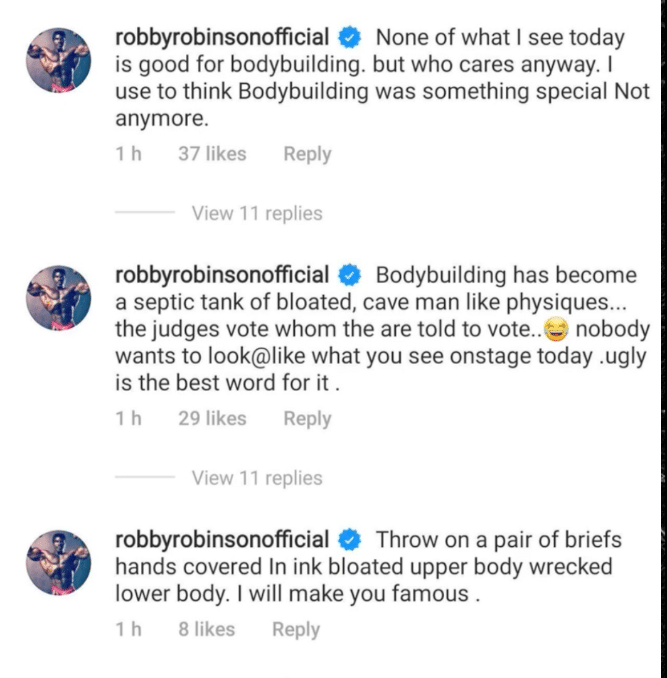 Robby then shared another post to his page in which Walker commented a simple “Hope you have a great day“.

What the 2021 New York pro champ meant by his response is anyone’s guess but from what it seems, he was just responding in a way that showed he’s acknowledged the comments but is just going to carry on with his business.

But Robinson uploaded yet another post with a message addressing all of the backlash he received following his criticisms of Nick Walker and essentially Men’s Bodybuilding. The message included a YouTube thumbnail of Nick Walker’s massive back that was used for a motivational video.

This is what Robby wrote…

“I have gotten a bunch of [email protected] , nasty comments, cussed out.. To all INHALE….. nothing can you say to me, write, text me, the n word ,call me a grand pa, ( honored ) Dork, washed up..I am unconsumed by any ones fear.

While everyone can have their own opinion on what competitors should look like, the fact of the matter is that there are different divisions, and Men’s Bodybuilding is where the mass monsters are because the sport has evolved that way. It exists for that very purpose.

On the other hand, you have 212 and Classic Physique that showcase very muscular athletes but not to the same extreme.

This isn’t necessarily anything new though, especially when it comes to competitors of different eras, and we’ve seen past legends criticize current bodybuilding physiques too.

After the Arnold Classic, Arnold Schwarzenegger expressed that he’d like to see the sport move more in the direction of Classic Physique and essentially do away with Men’s Bodybuilding entirely.

Despite the bit of drama that’s ensued, Nick Walker is focused on one thing and one thing only, placing top 5 at the 2021 Olympia or winning it all together.

But while the Arnold Classic is one thing, the Olympia is a whole other ballgame. He’ll have to contend with the current champion Big Ramy, the 2019 winner Brandon Curry, an ever-improving William Bonac, and a dangerous Hadi Choopan.