Ronnie Coleman discusses the worst moment in his career, and the origins of his iconic sayings 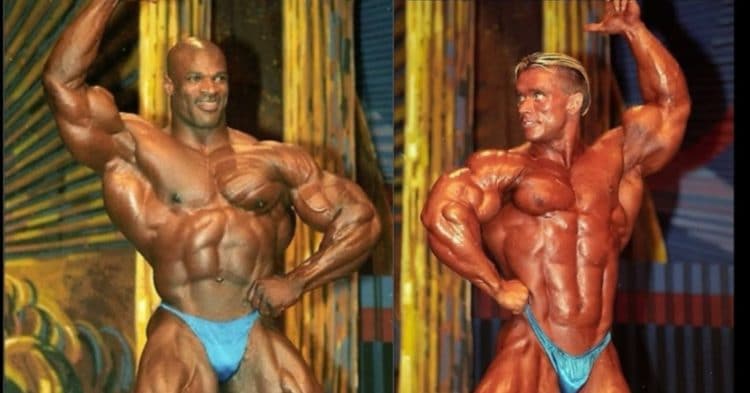 With 8 Mr. Olympia titles to his name, Ronnie Coleman has had a lot of great moments in his bodybuilding career. However when asked to pick the worst moment of his run with the sport, he had a very honest answer.

As one of the greatest of all time, there are a ton of accolades that can be said about the legendary Ronnie Coleman. He has done it all in the sport, having the combination of a massive physique, and legitimate strength, and has gone on to be a beloved figure and ambassador for the sport, in the time since retiring.

However it was not always a career full of victories and positive moments, such as the 1997 IFBB Ironman Pro Invitational, which was before he won his Olympia titles, and also saw him come in third place. Speaking in a recent video on his YouTube channel, he explained that this was the lowest moment of his career, because he lost to someone who was shorter and smaller than him, in the form of Lee Priest.

“My lowest moment, I gotta go with when I place third in the 1997 Ironman. There was a guy by the name of Lee Priest, and Lee is a really nice guy, but he’s not the biggest guy and he’s not the tallest guy, and when somebody that’s not as big as you and not as tall as you, beats you in a show, for me that was the lowest moment ever,” Coleman said.

The Origins Of “Yeah Buddy” and “Light Weight Baby”

As much as Ronnie Coleman is known for his impressive record of achievements, he is equally known for his iconic catchphrases. Rarely do you see him in the gym, without him yelling out a “Yeah buddy!” or “Light weight baby!”

He was asked about the origins of these sayings, and essentially it stemmed from him being bored with the gym. He says that he started saying “Yeah buddy!” first, but when he got bored with that and needed to pump himself up for heavy weights, he began using his other catchphrase.

“I was bored when I was training, and I was trying to think of something to fire me up and get me psyched up. It was hot, and wasn’t nobody in the gym but me. I’m like ‘You know what, I need to find something besides (grunting) and all this stuff. Let me come up with an actual saying.’ (I would always say) hey buddy what’s going on, hey buddy how you doing, so I’m like ‘I know what, I’ll throw a yeah on that buddy, and say yeah buddy, and I’ll scream it real loud to fire myself up,’ and it worked pretty good for a while,” Coleman said.

“Then it got real boring after a while, and I’m like ‘Dang it, I need to come up with something else and figure out a way to psych myself out.’ When I got ready to do something that was kinda heavy, I was like ‘I know what I’ll do. I’ll just say light weight.’ That went good for a while, then I’m like ‘I need to throw something else on that light weight, liven it up.’ You had these girls in the gym, (I’d be like) ‘What’s up, baby?’ So I was like ‘I know what I’ll do, I’ll just add a light weight baby on there. Since ain’t no girls in here, I’ll psych myself out by saying that.’ That’s how I came up with light weight baby.”

It is interesting to hear all of these stories from the legendary Ronnie Coleman. He likely has endless tales to tell, and each time they are worth paying attention to.

Michael B. Jordan Shows Off Jacked Arms In A New Workout Video Ahead Of Creed 3