In an eye opening interview, Coleman talks about a run-in with the DEA involving steroids, and the damage caused from a number of painful surgeries. 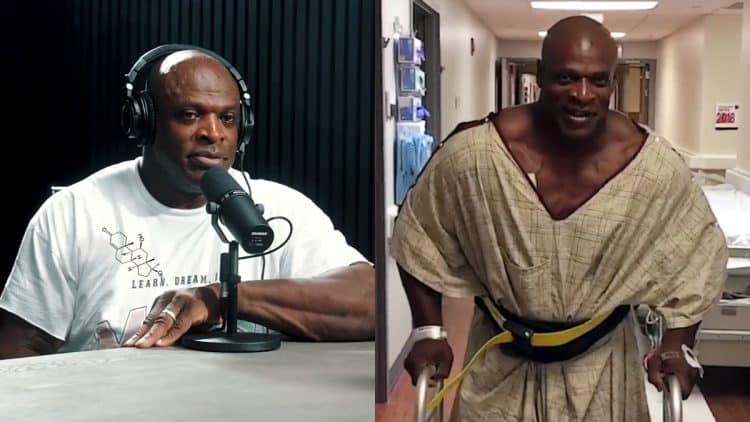 Bodybuilding legend Ronnie Coleman carried the sport during his career, which spanned from the 1990s to the mid-2000s. In a recent interview, Coleman looked back on his experiences with steroids and the damage caused by a number of surgeries he underwent throughout his bodybuilding tenure.

Coleman, an eight-time Mr. Olympia winner, is tied with Lee Haney for the most Olympia victories ever recorded. “The King” brought the size game to a whole different level. His evenly balanced proportions and sheer muscle mass made him one of the most imposing bodybuilders anytime he posed on stage.

In order to reach the top of the IFBB Pro League, athletes must address their diet, training, supplementation, and cycles in a detailed manner. However, sometimes these disciplines come at a heavy cost as Coleman soon found out.

Going under the knife more than ten times, Ronnie Coleman sacrificed a lot to become one of sport’s most recognizable faces. In 2018, the legend explained that his back had been operated on more than ten times. Following the operations, Coleman revealed he couldn’t get around properly without a wheelchair. In spite of that, the 58-year-old always pushes himself in the gym, even though his body is clearly showing signs of wear and tear.

While he can no longer walk unassisted, that hasn’t stopped Coleman and his ‘yeah buddy’ attitude. He doesn’t like to make excuses and earlier this month proved as much. Despite having numb legs, Coleman used his arms as legs on the incumbent bike. Enjoying retirement, Ronnie Coleman routinely discusses challenges that arose during his time as one of the best bodybuilders on the planet.

Ronnie Coleman on Surgery that ‘Shattered His Whole Body’: ‘Over Time, It Wore Itself Out’ 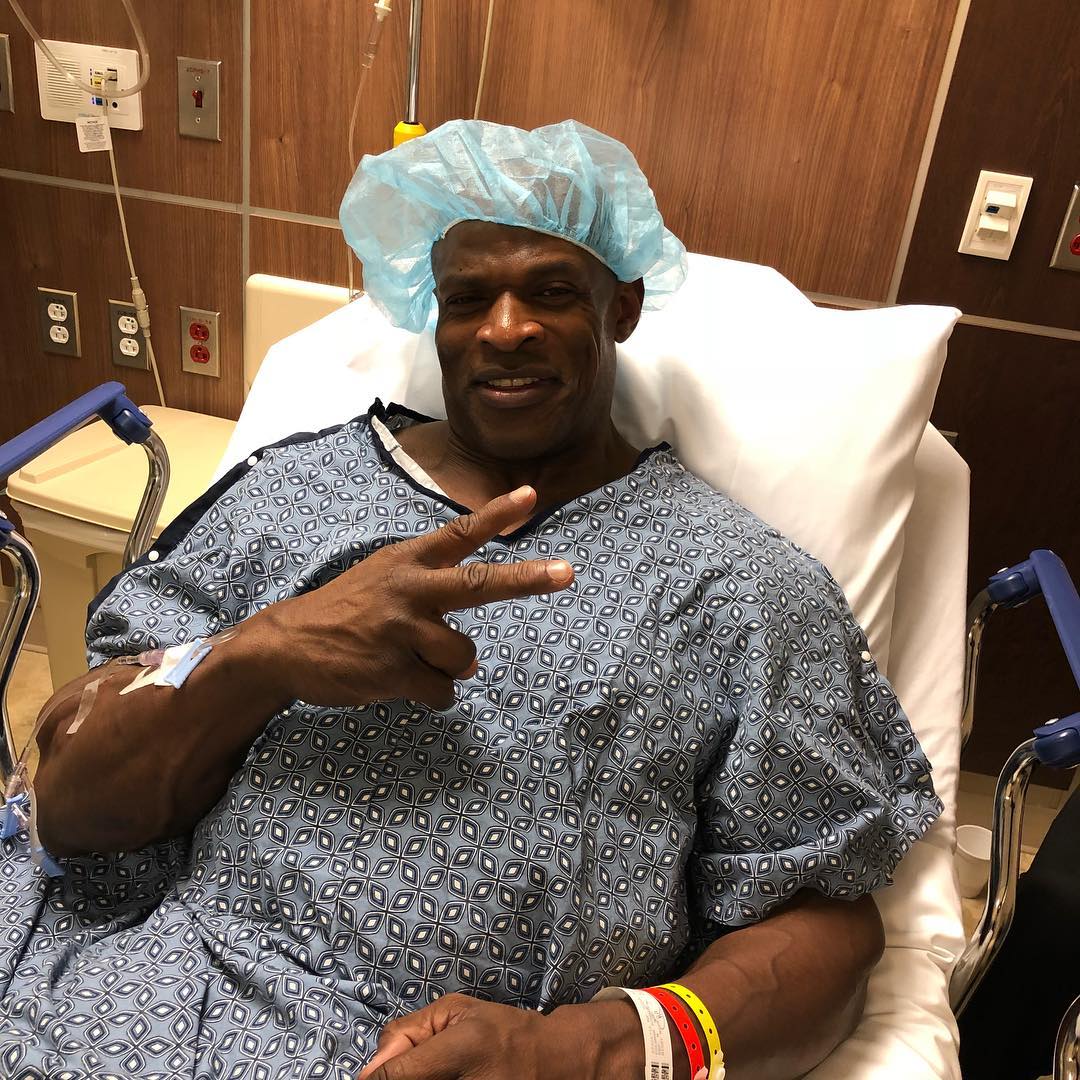 In an engaging interview, Coleman shared some gruesome details involving a herniated disc back in 1996.

“When I herniated that disc in 1996 when I was getting ready for the Arnold Classic. Yeah, I was okay, I still did the Arnold Classic and still continued lifting heavy and working out every single day. I think just over time, you know, it wore itself out.” Ronie Coleman said on the Don’t Be Sour podcast.

According to the bodybuilding legend, the screws in his back broke right after one of his surgeries. He added that this problem plagued him four times in a row.

“The screws broke about four times and every time they would break, they would have to go in and replace it. Coleman explained. “Right out of surgery, I get to my room, nurse comes in and said, ‘Hey, I need to change your bandage.’ I’m like, ‘already?’ She’s like, ‘yeah.’ I turn over, pow! Right there in the hospital bed. It shattered my whole body. Like I said, it happened four times in a row.”

Coleman remembered one of his surgeries costing half a million dollars.

Coleman Talks Steroids and 2002 Run-in With the DEA

Back in 2002, Coleman revealed he was buying steroids through legal means by purchasing them at a pharmacy that conducted blood tests. However, the bodybuilding legend said the Drug Enforcement Agency (DEA) brought him and others to court ‘maybe to charge us.’

“It’s a different day and a different time and a different era. Even when I was taking things, I would go to the pharmacy because the DEA came in and brought us all up and I don’t know what they were trying to do, maybe charge us. They came in, brought us all before grand juries, made us testify. This was like 2002. Somewhere in there. Not too long ago. We had, at least I did, we had to go and get our stuff legally.”

He added that for the last five or six years of his career, he procured steroids legally, which usually required blood tests, prescriptions, and specific pharmacies.

After giving his thoughts about steroids, the 58-year-old changed gears, arguing that today’s competitors aren’t as big or conditioned as athletes were during Coleman’s time in the sport.

“Have you seen any shows lately. They are not as conditioned as we were and not as big either. I think because of social media they don’t have to work as hard as we did. They have so many opportunities to make money now. So, you don’t have to do the things that I had to do, and work as hard as I had to work. They are all following the same mentality for the most part.”

Coleman said that bodybuilders used to attend the European Tour after Olympia, which meant competing at five to seven shows around the world. The eight-time Mr. Olympia believes bodybuilders today refuse to grind like their predecessors and prefer to only compete at Olympia.

“Back in my day, I did about four of five shows every year. Of course, Olympia was my main one but after the Olympia that had what they call a European Tour. They would have like four, five, six, seven shows on these tours and I did them all. Yeah. I won them all. Now, guys don’t do that kind of stuff no more. If they have a tour, these guys won’t do it. They just do the Olympia and they done.”

During his time competing, Coleman was lauded for his dedication to training. Four-time Mr. Olympia Jay Cutler mentioned his rival Coleman used to train day or night and refused to make an excuse when it was time to do cardio. Cutler revealed that in order to keep up with Ronnie, he had to ‘separate himself from society’ and go to a ‘dark place.’

Undoubtedly, Ronnie Coleman went to great lengths and endured numerous sacrifices to establish himself as one of the best. Despite the damage caused by several surgeries, Coleman looks back on his decorated career with no regrets.