Decoding gear / juice / PEDs / steroids / roids, their use in bodybuilding, types, risks, and side effects. 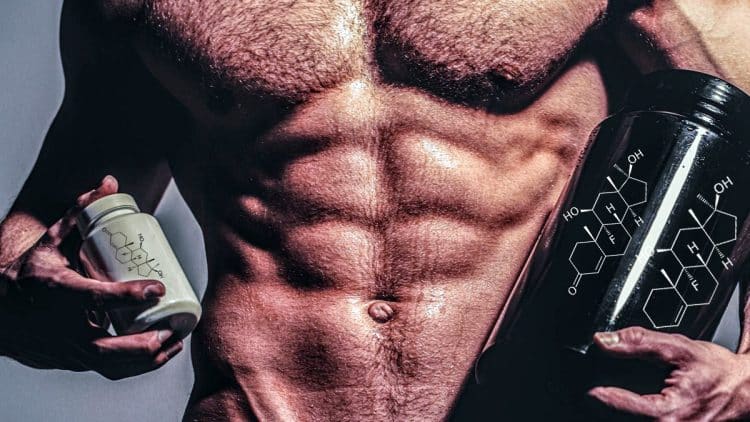 Gear in bodybuilding is usually a touchy-feely subject. And no, we’re not talking about weightlifting belts, wrist or knee wraps, or lifting straps — although those are gym gear too. This article covers the big boy gear, also known as performance-enhancing drugs (PEDs), juice, roids, gym candy, or the most common, steroids.

Although you now have many pro bodybuilders discussing gear use on social media — which is a big shift from a few years ago — you shouldn’t expect to walk up to a random jacked dude in your gym and ask him what gear he is on — unless you want to walk away with a black eye.

While bodybuilders generally get a bad rap for steroid use, it is (and has been) used in almost every physical sport you can imagine.

Interestingly, a bodybuilder wasn’t the first pro athlete to use steroids. A major league baseball player (MLB), Pud Galvin is arguably the first athlete to use a performing-enhancing drug (PED).

Galvin allegedly started using gear in the 1870s. He used a type of testosterone known as the Brown-Sequard elixir that reportedly elevated an individual’s testosterone levels and improved their physical performance.

It’d be safe to say that the gear did wonders for Galvin as he was MLB’s first 300-game winner and was inducted into the Baseball Hall of Fame in 1965.

Trivia: Anabolic Steroids Control Act was passed in 1990 and establishes penalties for physical trainers or advisers who endeavor to persuade or induce individuals to possess or use anabolic steroids. The law was changed after Ben Johnson, a sprinter, tested positive for the steroid stanozolol at the 1988 Olympics.

Note: The content on Fitness Volt is for informative purposes only and should not be taken as medical advice to diagnose, prevent, and/or treat health problems. If you’re suffering from a health issue, are pregnant, or are under 18 years old, you should consult your physician before starting any new supplement, nutrition, or fitness routine. 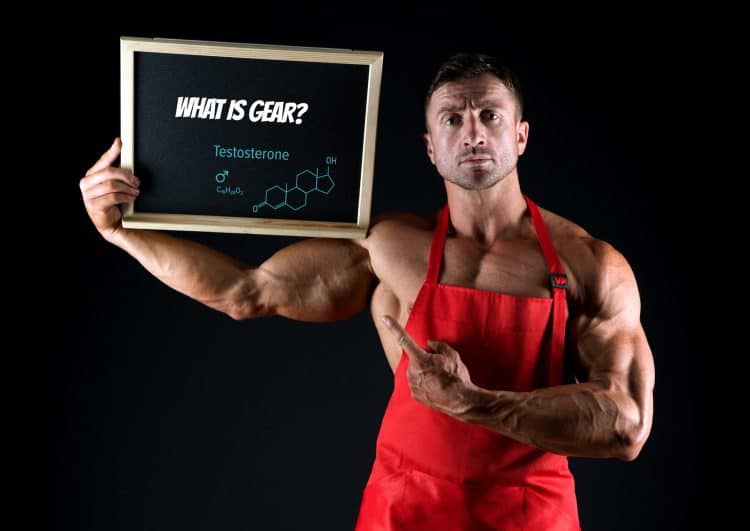 Anabolic steroids, also called anabolic-androgenic steroids (AASs), can play different roles in a bodybuilder’s regimen. Most pro bodybuilders use different drugs, depending on the time of the year — if they’re in the off-season or prepping for a show.

A bodybuilder might be on three to four steroids while prepping for a show. There are different steroids to help you build muscle and put on size, lose body fat, and achieve a diced look on stage.

However, during the off-season, bodybuilders usually limit their gear use to one to two compounds, one of which is generally testosterone.

Some pro bodybuilders allegedly use synthol to make their muscles look round and full, but that is a story for some other day.

Most synthetic drugs are artificially derived from testosterone — the male hormone responsible for sexual development and function in men. Plus, it is important for promoting and maintaining muscle growth and developing secondary male sex characteristics, such as a deepening voice and facial hair.

How Do Steroids Work?

Many people think of steroids as magic potions that work even if you smell them from afar. However, that’s not the case.

Steroids travel through the bloodstream to the muscle tissue, where they bind to an androgen receptor. The drug can subsequently interact with the cell’s DNA and stimulate the protein synthesis process that promotes cell growth.

The effectiveness of gear in bodybuilding depends on several factors, including the ingredients and the source of the steroids and your training, diet, and recovery routine.

PEDs are illegal in most parts of the world, and being caught while in possession of roids is a felony. The steroids legal situation has created a black market for the compounds, and most drugs on the market are of substandard quality and might do more harm than good. 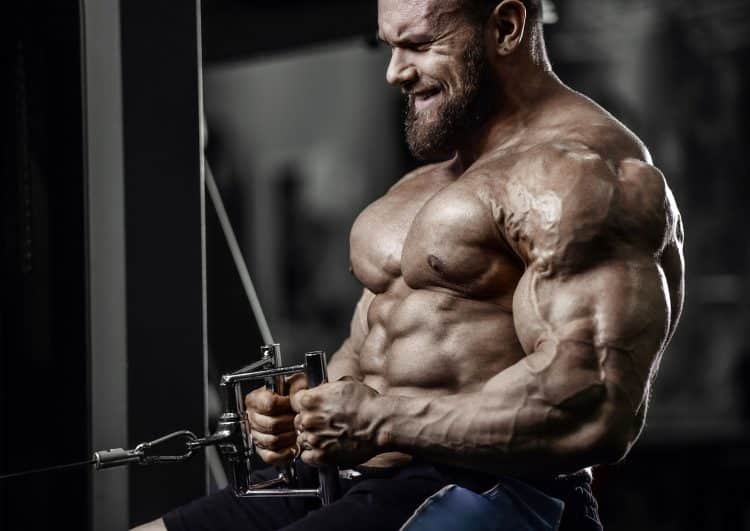 Types of Gear in Bodybuilding

Do some digging, and you’ll quickly learn there are more steroids on the market than you can remember.

Strength athletes use gear for the following three reasons:

Plus, there are steroids that can help with recovery and metabolic enhancement, but they aren’t as popular as the roids used for the three goals mentioned above.

Steroids can be taken in the following ways:

Oral forms are taken by mouth and include:

How Do Athletes Use Gear in Bodybuilding

As much as we hate to admit it, genetics play a vital role in bodybuilding and can dictate how your professional bodybuilding career might turn out. It is one of the aspects of the sport that you have no control over. 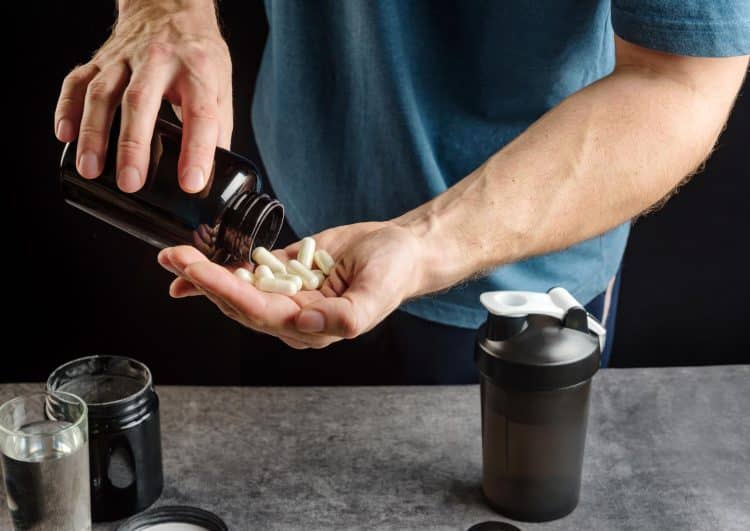 But why are we talking about genetics while discussing how bodybuilders use gear, you ask?

Well, there are many factors that can influence how a bodybuilder uses roids to improve their physique, including their genetics, musculature, current condition, goal physique, and timeline.

Different patterns of steroid use include:

Side Effects of Using Gear

Using steroids is complicated. Even taking prescription drugs might not work out as intended and might result in the following side effects:

However, research suggests many people overdo roids by 10 to 100 percent while taking the compounds for non-medical purposes, including bodybuilding. [1]

Using steroids can lead to permanent health damage, even after you stop using the compounds. Some of the more serious health issues resulting from roid use are:

Risks of Gear in Bodybuilding

The use of anabolic steroids can lead to many temporary and permanent health problems. In fact, the sport of bodybuilding is dealing with a host of deaths allegedly due to drug use. 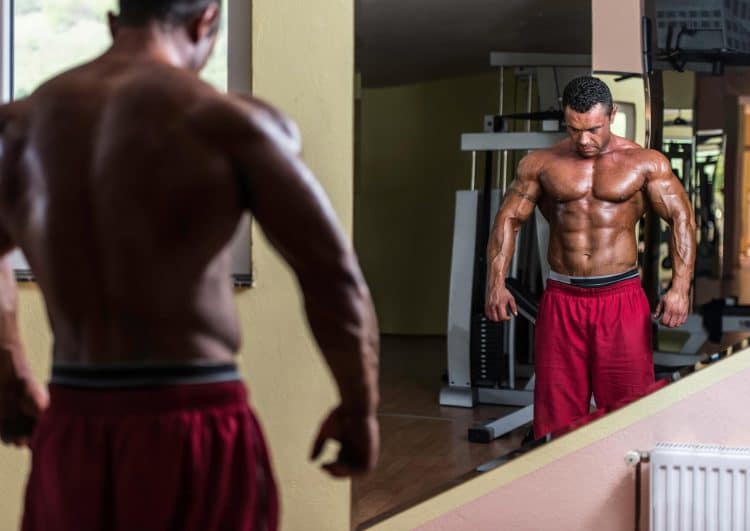 One of the most common problems with using gear is that over time, the human body builds tolerance to the roids and many folks end up taking larger doses to get the same effects.

Another common issue with taking synthetic testosterone is that it might cause your body to stop producing natural test, and you might have to resort to injecting T for normal body function — even after quitting bodybuilding.

Furthermore, most bodybuilders, especially newbies, consume steroids on a trial-and-error basis, meaning they switch up drugs, doses, and timings based on information gained from other athletes, coaches, websites, or gym bros.

Besides the physical damage, roid use can also mentally affect an individual. Some of the common mental side effects of using gear include:

“The answer is already no.”

The above advice came from none other than — the three-time Classic Physique Olympia champ, Chris Bumstead.

We could tell you if starting your first steroid cycle is a good idea or not, but we’d rather let Bumstead do the talking. After all, who better to answer this question than an Olympia winner. So here it goes:

“The answer is no. I have this new theory where if you have to ask someone else if you should take something potentially harmful to your body, the answer is already no,” Bumstead said.

“That decision has to be your own, and it has to be a well-educated decision, because people like bodybuilding for a few years, and they take steroids and they’ll be like ‘I don’t actually like bodybuilding.’ Then they’ll quit bodybuilding, and their body is still f—ked up from the juice or whatever they took in the meantime.”

If you thought this was it, we have some more bad news. Although roids might not be as addictive as psychedelics, they can lead to a substance use disorder. It is one of the reasons why many bodybuilders never stop using gear, even after hanging up their bodybuilding boots.

Given below are some of the most common withdrawal symptoms associated with using gear:

First, there is no guarantee of safety while using gear. Plus, if you’ve decided to take steroids, you should get complete blood work done at least once every couple of months by a registered physician. You should also only take roids based on prescriptions.

Other Gear in Bodybuilding

If you were looking for lifting gear that could improve your performance in the gym but somehow ended on this article about steroids, here are some articles you might find helpful instead:

It’s no secret that most pro bodybuilders, including the ones you see on the Olympia stage, use steroids. However, most elite bodybuilders do not recommend starting using roids to other people, especially hobbyists.

There is no going back after you start your first cycle. Roids have health implications and are not worth it for people who do not want to turn pro and compete at the top level.

Remember: Steroids are no magic pills. To make it to the top level in competitive circles, you need to have the genetics, grit, and work ethic of a champion. 3CCs of a drug alone isn’t going to cut it.