Arnold Schwarzenegger: ‘Classic Physique Category Should Be The Mr. Olympia’

The bodybuilding legend believes the Open should favor and award 'quality' physiques instead of focusing on mass: 'bigger isn't always better.' 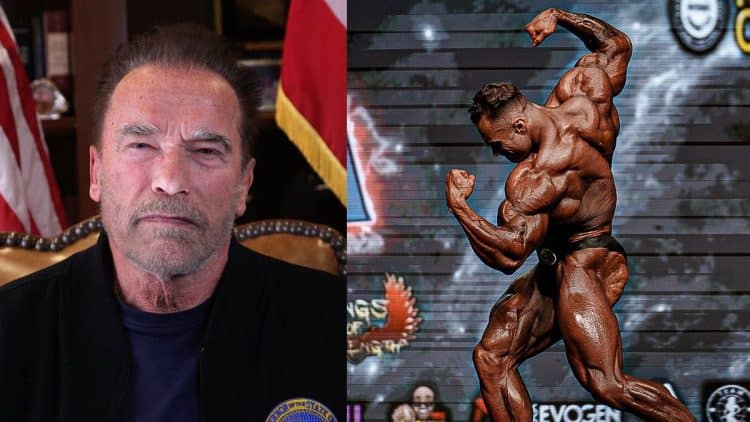 In light of the 2022 Mr. Olympia contest wrapping up, bodybuilding legend Arnold Schwarzenegger recently discussed where he believes the sport is headed. In an interview with Nick’s Strength and Power, Schwarzenegger said bodybuilding no longer favors proportions in the Men’s Open and contests like Olympia should award the quality present in Classic Physique.

During his respective tenure, Arnold Schwarzenegger established himself as a longstanding champion in the Men’s Open division, having captured the prestigious Olympia crown on seven occasions. While competing throughout the 1970s and 1980s, the Classic Physique category was nonexistent — however, at the time, factors like proportion, balance, and symmetry played a much larger role in judging criteria for the Open.

Schwarzenegger took aim at the Men’s Open as of late, suggesting the category has driven bodybuilding to become the most dangerous sport in the world. He added that Classic Physique is now the future, which is currently led by four-time Classic Physique Olympia Chris Bumstead.

Lee Labrada, a bodybuilding veteran in his own right, voiced a similar tune. Labrada stated the sport has undergone major chances since his time on stage. He believes Men’s Open bodybuilding has devolved into ‘tanks clunking into each other’ and added that ‘symmetry, proportions, and balance’ have been tossed to the side.

Arnold Schwarzenegger on Classic Physique vs. Open Bodybuilding: “Bigger is Not Always Better”

According to the ‘Austrian Oak,’ it’s crazy to have a division like Classic Physique because back when he competed, criteria like balance, symmetry, and proportions were emphasized in the Open. He added that Open bodybuilding isn’t going in the ‘right direction.’

“I think it is crazy in a way to have a Classic Physique category simply because that should be the Mr. Olympia because what is it that we’re celebrating, that in the Classic days we looked more proportionate, and now we don’t give a shit about it anymore? Is that what we’re saying?

I think it’s odd they had to literally create a Classic Physique competition to give to the person who has the best quality body, the most well-balanced body also a trophy because he couldn’t compete where the monsters were competing. That’s actually wrong. Like I’ve said, bigger is not always better. I don’t think it’s going in the right direction.”

Schwarzenegger says bigger isn’t always better and would like to see Chris Bumstead compete at the upcoming Arnold Classic.

“I’ll tell you: I always feel like the insiders have their own favorites and then there’s the viewers, the spectators, the fans… and he’s the most popular if you think about that. He’s the most popular bodybuilder right now. What does that say? That says to everyone out there that that’s the kind of body I want,” says Arnold Schwarzenegger.

Arnold admits the prize money has changed drastically since his time in the limelight.

“In my days, there was no money [in bodybuilding]. I mean, imagine, [when I] won the Mr. Olympia competition. I remember in 1974, and we got like $750. I mean $750 — and again, we didn’t do it for the money. Franko [Columbo] and I were working in construction at that time, and we were doing brick laying jobs and rebuilding Los Angeles after the earthquake, we made our money that way.”

Arnold Schwarzenegger isn’t the only legend to see the sport go through changes. Four-time Mr. Olympia Jay Cutler recently addressed how bodybuilding has evolved since Arnold’s era. In response to Schwarzenegger’s concerns about the Open, Cutler specified that Open bodybuilders take excessive amounts of food/gear because that’s what is currently awarded by judges.

While he appreciates the mass monsters in the Open, Schwarzenegger would love to see the sport embrace physiques reminiscent of what he brought to the stage decades ago. In the future, he hopes IFBB contests will place greater value on rewarding proportions, symmetry, and balance.