"The Giant Killer" creates history by winning the 212 Olympia 2022 title. Check out the final standings. 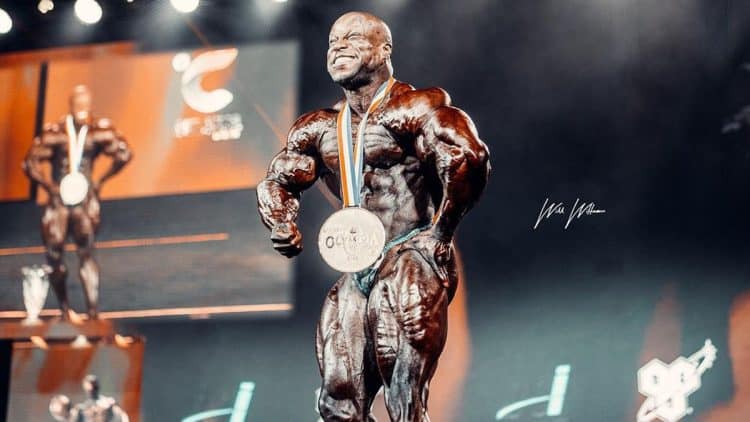 Shaun Clarida has engraved his name in the annals of pro bodybuilding by becoming the first bodybuilder to win back the 212 Olympia title after losing it.

The 2022 Joe Weider’s Olympia Fitness and Performance Weekend, scheduled between Dec. 15-18 in Las Vegas, NV, featured 11 divisions, but the 2022 212 Olympia was the talk of the town since the reigning champ Derek Lunsford had left the throne vacant and switched to the Men’s Open division after seeking and receiving a special invite from the Olympia management.

The 212 Olympia contest has been steadily gaining popularity since the inaugural showdown in 2008. This men’s bodybuilding division has a 212-pound weight restriction.

The 212 Olympia throne has been a game of musical chairs since Flex Lewis hung up his posing trunks in 2018 after winning his seventh 212 Olympia title.

Two 212 titans and former Olympia champs — Shaun Clarida and Kamal Elgargni — were the favorites heading into the show. They also happened to be the only two 212 competitors called on stage for the 2022 Olympia presser. Clarida too had qualified for the 2022 Mr. O Men’s Open division. However, unlike Lunsford, he did so by winning the 2021 Legion Sports Fest Pro. Unfourtablety, Clarida wasn’t allowed to compete in both divisions and subsequently chose to step on the 212 stage to regain his crown.

Elgargni, on the other hand, is aging like fine wine. The 51-year-old bodybuilder defies all laws of nature to get bigger, sharper, and fuller with every contest. Elgargni stepped on stage at the 2022 Olympia to settle scores with Clarida, who had dethroned him in 2020 to win his maiden O title.

However, it was Angel Calderon Frias who shocked everyone with his package on the premier bodybuilding stage.

Unlike the Men’s Open division, the 212 Olympia pre-judging and finals are held on the same day. Although it might be less nerve-wracking than competing in a two-day show, the 212 athletes only have one chance to nail their peak.

However, it was no problem for Clarida, Frias, and Elgargni as they were right on the money when they first stepped foot on the Olympia stage.

28 competitors stepped on the 2022 Olympia to battle it out for the bragging rights to call themselves the best 212 bodybuilder in the world.

Things looked up for Clarida as soon as he got to the Olympia venue. At the Olympia presser on Thursday, Dec. 15, Clarida shared that he had gotten a thumbs-up from the seven-time 212 Olympia champ Flex Lewis. Clarida’s coach, Matt Jansen, also shared a clip on his Instagram where veteran bodybuilder Branch Warren while presumably talking about Clarida says, “I have seen most of the competition here, and this is a wrap!” 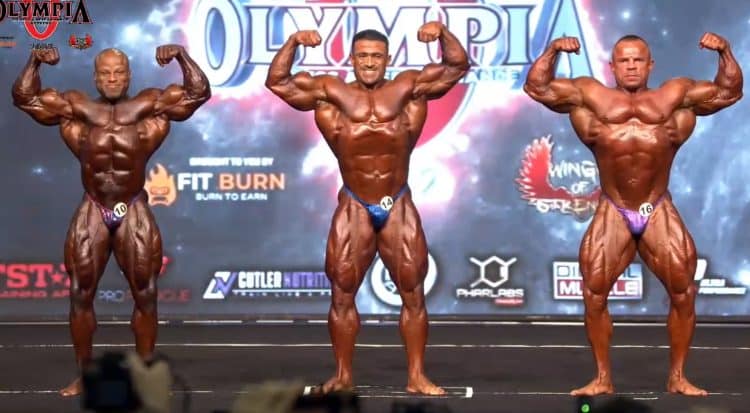 Clarida, Elgargni, and Frias were the three bodybuilders in the final callout in the pre-judging round, making them the top contenders for the 2022 212 Olympia title. The trio placed second, third, and fourth respectively, at the 2021 Olympia.

While Elgargni and Frias did their best to capture the vacant throne, Clarida’s muscle mass, density, maturity, balance, and conditioning spoiled their plans.

Clarida, Elgargni, Frias, and Ahmad Ashkanani were in the final callout in finals, making them the top picks for the 2022 212 Olympia title. Ashkanani finished sixth at the 2021 Olympia.

The top five consisted of Ashkanani, Clarida, Elgargni, Frias, and Oleh Kryvyi, who broke into the top five on his debut. These five graced the Olympia stage with their individual posing routines. However, it was Clarida who took the cake in this round with his polished posing skills to win his second 212 Olympia title.

Clarida has been steadily making improvements in his physique since his maiden Olympia victory. Per the 5-foot-2 bodybuilder, he weighed 177 pounds at the 2020 Olympia. He jumped up to 180 pounds at the 2021 Olympia and tipped the scales at 184-185 pounds at the 2022 Olympia. This weight gain is massive, considering his small frame.

Check out the full results here: