Both Gabriel and Asko withdrew because of injuries, with Karu’s one being very severe. 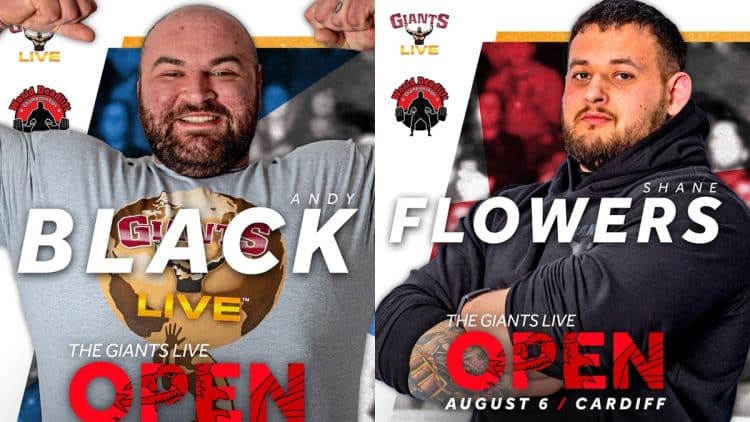 The 2022 Giants Live World Open is just two days out, as it will take place on Aug. 6, 2022, at the Motorpoint Arena in Cardiff, Wales. While it was clear that it would be a very interesting contest due to its stacked lineup, some athletes have been forced to withdraw at the last moment, changing the roster completely. Gabriel Peña and Asko Karu have both announced their withdrawal from the competition because of injuries.

Gabriel Peña has simply not yet recovered from his last injury and realized that it could be a risk for him to compete. So, he decided to withdraw from a competition for the first time in his life. However, Gabriel still plans to take part in the 2022 Shaw Classic, which will take place on Aug. 13-14, 2022, in Loveland, CO.

“Things were looking good, but unfortunately testing a recovering injury on moving events did not go well. There’s simply no way I could see myself competing and pushing my body safely this weekend” wrote Peña.

Asko Karu, on the other hand, got freshly injured in a recent training session and the injury seems very severe. Asko is notorious for being a great deadlifter, having pulled 482 kilograms (1,063 pounds) in training. Well, during his chase for the World Record deadlift, Asko had to push his limits. However, his hamstring obviously couldn’t take it as he suffered a Grade 3 tear.

“I completely tore a hamstring and had it checked out by doctors as soon as I could and I was told it’s a Grade 3 tear and might need an operation.

The luck has not been on my side at all in the past 2 years. I’m truly gutted and disappointed that I couldn’t prove myself what I’m able to do on the platform” wrote Karu.

Giants Live has already announced replacements for Gabriel Peña And Asko Karu, so we will now get to see Andy Black and Shane Flowers compete at the 2022 World Open & World Deadlift Championships.

Andy Black has taken part in eight International and National contests despite competing at the highest level for just over one year. He has yet to win a competition, but has had one podium finish at the 2021 UK’s Strongest Man. Andy has also taken part in the 2022 World’s Strongest Man, but failed to qualify for the finals.

Although he has much less experience, the 28-year-old Shane Flowers already has his own fanbase. He has taken part in four International and National competitions, and has not gotten a podium finish yet. Shane’s most notable performance came at the 2022 Britain’s Strongest Man, where he grabbed a fourth-place finish after a disastrous start. Flowers also competed at the 2022 WSM, but had to withdraw due to an injury.

Evan Singleton won the 2021 Giants Live World Open, but Oleksii Novikov seems to be the favorite this time. In addition, a lot of fans are looking forward to seeing some of the greatest deadlifters attempt to pull and lock out 505 kilograms (1,113.3 pounds) for a new World Record and $55,000.

Currently, the second day of World's Strongest Man 2022 is underway, but some unfortunate news has been announced After Evan Singleton's...