The 2x World's Strongest Man will not take part in the 2022 Shaw Classic; he's also planning on doing a 505 kilogram attempt after 2023 WSM. 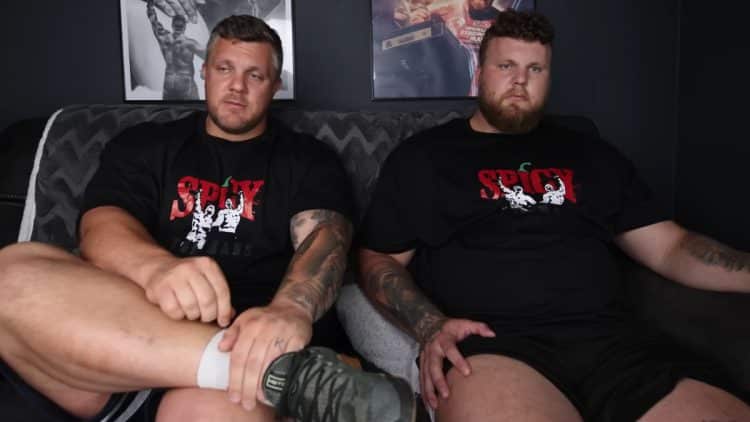 Tom Stoltman, the 2022 World’s Strongest Man, announced on August 11th, 2022, that he would not be traveling to the USA for the 2022 Shaw Classic. He could not take his wife, Sinead Stoltman, through the airport because some minor errors were made in filling out her personal information. Despite trying to switch flights and find other solutions, he was unable to do so. So, Tom decided to withdraw because he didn’t want to go without her.

The 2022 World Deadlift Championships (WDC) proved that there are not many contenders for the 505-kilogram (1,113.3-pound) deadlift currently. This has been the case for a few years now, as only a few Strongmen like Ivan Makarov and Peiman Maheripourehir got somewhat close to the incredible pull. However, there is still some good news for Strongman fans, as the reigning two-time World’s Strongest Man, Tom Stoltman, wants to join the chase for the illustrious record.

In the most recent video on the “Stoltman Brothers” YouTube channel Tom and Luke Stoltman sat down to give their thoughts on the 2022 World Deadlift Championships. After initially commenting on the performances from this competition, the Stoltman brothers unexpectedly started talking about Tom deadlifting 505 kilograms (1,113.3 pounds). Tom also revealed some new information about his future that even Luke had no idea about.

Tom Stoltman immediately explains that the training has to be completely focused on the deadlifts in order to pull over half a ton. He also thinks that it is impossible to break the record in a competition that consists of multiple events, like at this year’s Giants Live World Open and World Deadlift Championships.

“Eddie Hall and Thor, the reason that they did it is because they trained it for a year… I think it is really important to concentrate on either doing the competition (or the deadlift).”

The Stoltman brothers then congratulated Rauno Heinla on setting a new Masters Deadlift World Record of 476 kilograms (1,049.4 pounds) before moving on to the next subject.

Luke Stoltman went on to ask his brother if he could deadlift 505 kilograms (1,113.3 pounds), to which Tom said yes. He opened up quickly and revealed the majority of his plans for the future, which everyone wanted to hear.

Tom Stoltman has experience with breaking records, as he set the Atlas Stone World Record of 286 kilograms (630.5 pounds) in the same manner. Tom wants to completely dedicate himself to the Deadlift World Record, so if he decides to compete, he will not participate in any other events. Although Tom Stoltman is still uncertain whether he will try to break the records, many factors contribute to this decision, including finances.

“If Giants Live gives me what Eddie Hall got, I will do a 505 deadlift… It might not be Giants Live, it can be anyone. If anyone offers me enough money, then I will train for a year. You have to remember that when I’m not competing for a year, I don’t earn money from competitions. I’ll train it for a year and hit 505. If 505 is hit, I will hit 510 kilograms (1,124.4 pounds).”

In addition, if Tom Stoltman wins the 2023 World’s Strongest Man, he could completely change his plans and go for his fourth title instead. So, while it is still very far away, there is a possibility that we see Tom Stoltman claim the heaviest deadlift in history.

Although Tom Stoltman has withdrawn, Luke will still take part in the 2022 Shaw Classic, which will take place on Aug. 13-14, at the Budweiser Event Center in Loveland, CO. We will then see what will be next on their lists, but it seems that Tom’s sights are currently on the 2023 World’s Strongest Man contest. Tom hopes to be pulling around 450 kilograms (992 pounds) by that time, which would be a tremendous start for his World Record efforts.