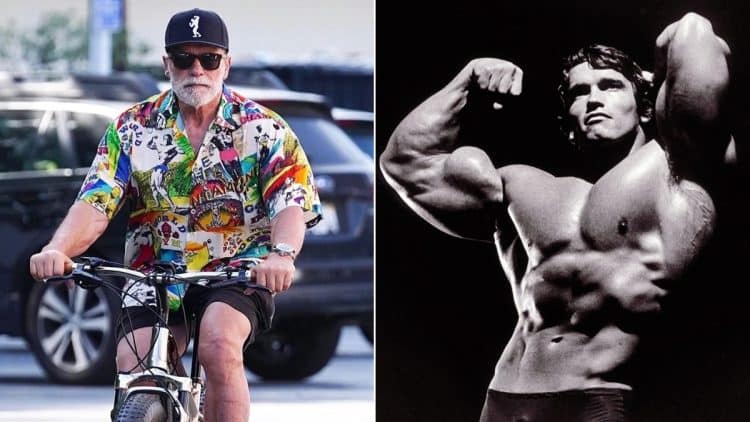 Legendary bodybuilder Arnold Schwarzenegger has enjoyed success in every field he tried. From his days of competing on stage to transitioning into Hollywood, and even serving as the Governor of California, Arnold stacked up a resume not many can contend against. In a recent video uploaded to Instagram, Arnold revealed what keeps people back from success.

Schwarzenegger gained popularity in the mid-1970s due to his incredibly large and aesthetic physique. He was especially renowned for his chest and bicep development. The Austrian native was crowned the coveted Mr. Olympia a record seven times, second only to the tied first-place record-holders Ronnie Coleman and Lee Haney, who won it eight times.

He was the first real athlete to come out of the sport and take it mainstream. Schwarzenegger talked about how he was considered crazy by other people back in the day for his ambitions to have more gyms than supermarkets across the nation. He did not listen to the naysayers and truly elevated the status of bodybuilders in pop culture.

Arnold voiced his concerns over where the sport is heading in terms of preferring mass monsters over the traditional golden-era physiques. He believes the obsession with gaining size in such an ultra-competitive environment is dangerous and might result in serious damage to the athlete’s health.

In a recent post made on his Instagram, Arnold Schwarzenegger shared his pearls of wisdom to motivate his followers. He emphasized the importance of putting it all on the line and having a singularity of focus on whatever you want to do.

Arnold encouraged his followers by sharing his personal experiences, suggesting he never had an alternative plan, and went all in the field he chose.

Schwarzenegger believes that it is the fear of failure that causes people to have a second option.

“One of the main reasons people want to have a Plan B is because they are worried about failing. What is it that I fail and I don’t have anything else?”

He sees nothing wrong in failure, but in accepting it. The bodybuilding icon promoted resilience in people to always be able to bounce back from a defeat and keep trying.

“Let me tell you something: Don’t be afraid of failing. Because there’s nothing wrong with failing. You have to fail in order to climb that ladder. There’s no one that doesn’t fail. It’s OK. What is not OK is that when you fail you stay down.

Schwarzenegger recently caught fire from two-time Women’s Physique Olympia champion, Sarah Villegas, after removing the Women’s Physique category from the 2023 Arnold Sports Festival next year. Although the women’s division was a regular feature of the show, it has been removed for the past two years.