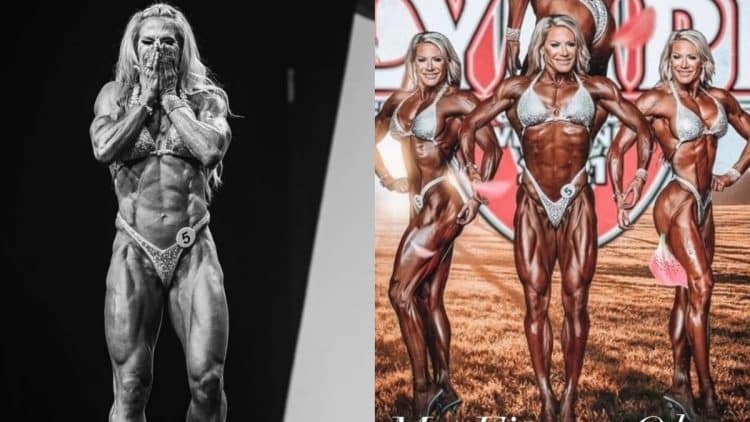 Reigning Fitness Olympia champion Whitney Jones has been a consistent performer in the division for the better part of the last decade. In an exclusive statement made to Fitness Volt, Jones confirmed that she was forced to withdraw from the nearing 2022 Olympia due to health concerns.

Fitness standout Whitney Jones got her start in professional bodybuilding in 2011. Jones displayed a lot of potential from the beginning and came close to winning her first show at the 2012 IFBB Pro World Championships, getting the runner-up finish as a Fitness competitor.

Jones earned an invite to the Olympia contest in 2013 and placed ninth in her debut to conclude a promising season. She continued competing in several competitions in the next two years and finally scored her first contest win at the 2015 IFBB Tampa Pro. Despite her consistent showings, she stayed on the edge of the top ten places in Olympia.

There were doubts over Jones’ chances of winning the Olympia due to her previous finishes. She managed to break into the top five for the first time at the 2016 Olympia, placing fourth. In 2017, Whitney got off to a solid start with a win at the IFBB Hawaii Pro. However, she suffered a neck injury and had to pull out of the 2017 Olympia.

Following the injury, there was speculation about whether Jones would pose a serious threat to the dominant Oksana Grishina, who won the Fitness Olympia for four years straight from 2014-2017. Whitney Jones made a statement in her comeback as she secured her maiden Sandow trophy at the 2018 Fitness Olympia.

She successfully defended the title in 2019 and was determined to score a third straight win as she used a truck to get in shape for the 2020 Olympia. Missy Truscott turned out to be the athlete that dethroned Jones, who finished third behind runner-up Grishina and champion Truscott.

In a statement made to Fitness Volt, Whitney Jones confirmed that some ‘bad health’ issues led to her withdrawal from the contest.

“Yes unfortunately,” Jones said. “I had some bad health news few weeks back that’s requiring me to sit out this year. BUT, my life is full of comeback stories and this is just the next chapter. I’m not done yet. This year I’m just celebrating being in the role of biggest supporter, cheerleader and worker bee for all my badass fitness sisters. I’m made for more and I’ll most definitely be back in the game in no time.”

On Instagram post, Whitney Jones also announced that she would not be defending the Fitness title at the nearing 2022 Olympia.

Related: All Fitness Olympia Winners Since 1995

Whitney Jones’ story is one of the most inspirational of any in the bodybuilding community. She was under a similar set of circumstances in the past and managed to create history by becoming only the third competitor to reclaim the title at the 2021 Fitness Olympia.

With her absence certain from the upcoming 2022 Olympia, a new champion is destined to get crowned in the Fitness division. The team of Fitness Volt wishes her a speedy recovery.