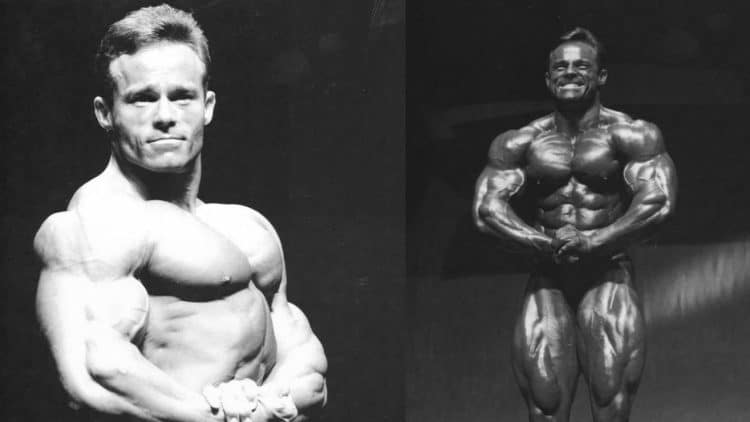 Porter Cottrell was born on August 30, 1962, in Mount Washington, Kentucky, USA. He was an IFBB Pro bodybuilder.

In a recent interview with the question: “How did you first become interested in bodybuilding?” Cottrell says:

“When I was eight years old, my father took me to my first drive in movie. It was Hercules and my first view of Steve Reeves. From that point on I knew I wanted to obtain that look. I didn’t know what bodybuilding was, but that moment sparked my interest in bodybuilding. I watched Hercules movies every chance I could on channel 41.

When I found out there were magazines. An older buddy of mine had some. Every time I got an opportunity, I would run down to his house and look at his magazines. Then when I was twelve years old, my brother was given a 110 pound, concrete weight set. He never opened it. So I took it upon myself to open it, and read the little manual that was in it. That’s where it all began“.

As far as my training goes, I stay around 200 pounds. I primarily train the same as I did as a professional bodybuilder. One thing I would add. I try to live a very very healthy lifestyle. I’ve been personal training for 18 years.”

He was an awesome bodybuilder and a firefighter for the Louisville Fire Department from 1987 to 2009. Porter lives today in Louisville, Kentucky with his beautiful wife Chastity, his son Canaan Reese (5 years old), and a beautiful step-daughter named Jordyn Priddy.