Life and accomplishments of Elisa Pecini. 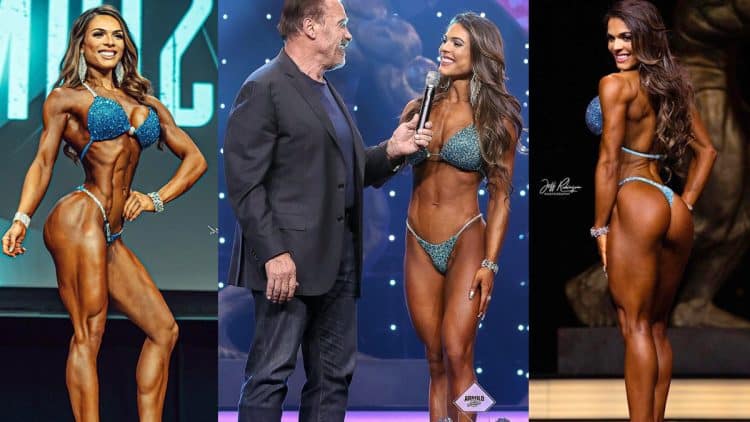 Elisa Pecini is an IFBB Pro League bikini competitor. She won the Bikini Olympia in 2019, cementing her spot amongst the legends in the sport. Pecini also won the Bikini International title at the second biggest bodybuilding stage after the Olympia, Arnold Classic in 2020. This is her complete profile, biography, and more.

Elisa Pecini, also known as Isa Pecini, was born on Jan. 20, 1997, in São Paulo, Brazil. Although much isn’t known about her early years, the fitness athlete and model has been vocal about her encounter with anorexia and bulimia.

The Brazilian athlete was diagnosed with the deadly disease in her teens and battled the condition from age 13 to 15. Anorexia is an eating disorder causing people to obsess about their weight and what they eat. It is characterized by a distorted body image, with an unwarranted fear of being overweight.

On the other hand, bulimia is a serious eating disorder marked by bingeing, followed by methods to avoid weight gain. Some techniques to avoid gaining weight employed by people suffering from bulimia include vomiting, excessive training, or fasting.

To make matters worse, Pecini resisted the first round of treatments for a year while dealing with the debilitating disease. At one point, she dropped to a mere 81 pounds.

“I did not see how much it made me ill, and I wanted to lose weight once more, so I went against all the instructions of the doctors who helped me.”

When Pecini turned 15, things went so out of control that she had to be hospitalized immediately during a weekly doctor’s visit. It is then she had an epiphany, and she decided to change things for the better. “I wanted to get back to a healthy weight in a safe, gradual way that wasn’t harmful,” revealed the Brazilian model.

After recovering from her illness, Pecini started training and eating healthy. To everyone’s surprise, she tipped the scales at 123 pounds eight months into training.

Empowered by her transformation, Pecini decided to try her hand at competitive bodybuilding and enrolled in her first contest in the bikini division in 2015 in Rio de Janeiro.

Standing Up For What’s Right

Unlike most of her peers, Pecini doesn’t hold back from voicing her opinions on subjects plaguing the industry.

She often talks about the differences between male and female bodybuilders’ off-seasons. Per the bikini athlete, while the male athletes can delve into their bulking diets without a care in the world, women do not enjoy the same luxury as gaining too much weight can have a negative impact on their social media presence and subsequent sponsorships.

Pecini previously raised her concerns about pay and prize money differences between male and female bodybuilders. However, she admits that, albeit slow, things are moving in the right direction.

It would be an understatement to say the Bikini Olympia champ was hooked to competitive bodybuilding from the first time she stepped on stage.

“The sensation was incredible, being on stage despite being very shy. My heart was racing. I finished third, and when I got offstage I wanted to do it again.”

Thanks to her grit, hard work, and incredible genetics, Elisa Pecini turned pro in 2016 at the age of 19, one year after stepping inside a gym for the first time.

Pecini’s first couple of years as an IFBB Pro athlete weren’t as eventful as she would have hoped. However, things changed in 2018 as she won her first pro show — the Pittsburgh Pro. She won a couple more shows in the same year, the MuscleContest Nacional Pro Bikini and IFBB Musclecontest Brazil Pro.

2018 was the busiest year of Pecini’s career as she stepped on stage ten times and won a podium finish in seven. However, no one could have imagined what was in store for the Brazilian fitness star.

Pecini kicked off 2019 with a runner-up placing at the Arnold Classic, behind the 2020 Bikini Olympia champion Janet Layug. However, she decimated her competition for the remainder of the year, winning the next four shows she competed in, including the prestigious Mr. Olympia.

The next couple of years weren’t as kind to Pecini as she would have wanted. She took home a humble sixth-place finish at the 2020 Bikini Olympia, followed by a fifth-place at the 2021 Olympia.

However, it’d be a mistake to rule out Pecini from the 2022 Bikini Olympia race. She has been on a roll in 2022, winning three of the six contests she has competed in at the time of this article’s publication. Plus, she finished runner-up in two of the shows.

“I would never change a comma of my path so far, I’ve lost many times, won, disappointed but never gave up.” 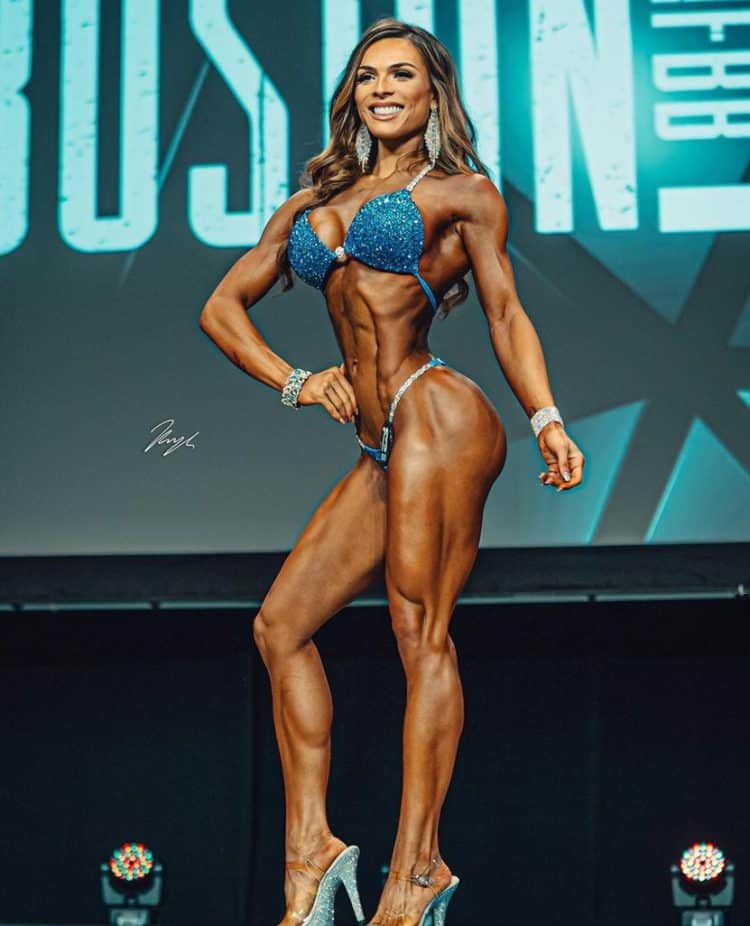 Pecini works towards a picture-perfect figure every time she hits the gym. The Brazilian fitness athlete recognizes that competitive bodybuilders cannot rest on their laurels and needs to improve every year.

The 2019 Bikini Olympia champ trains six days a week. Given below is her sample training split:

Per the fitness model, she loves training her shoulders, and all her workouts include a high-volume and high-intensity approach geared toward achieving muscle hypertrophy and putting on muscle mass while improving her conditioning.

Training her legs and shoulders twice a week helps her achieve the coveted “X” frame. The X-frame for a bikini athlete includes wide shoulders, a tight waist, and toned (but not beefy) legs.

The Brazil native tries something new in every workout to ensure she doesn’t hit a plateau. She constantly switches her workout regimen by tweaking her rep tempo, performing new exercises, and using advanced training principles like drop sets and supersets to ensure her muscles don’t get used to her training regimen.

The 2019 Bikini Olympia champ has never revealed details about her diet program. However, she has previously divulged that she eats around 2,000 calories during her off-season but shaves it down to 1,200 to 1,500 calories a day while prepping for a show.

Pecini likes to have a few slices of a healthy carrot cake pancake before heading to the gym. The ingredients include:

Check out the step-by-step process in the YouTube video below:

Judging by the 2019 Bikini Olympia champ’s latest social media posts, it’d be safe to say that she’s not leaving any stones unturned to register her second win at the 2022 Olympia Weekend, scheduled for Dec. 15-18 in Las Vegas, NV.

At the time of this article’s publication, it isn’t clear if Pecini will be competing in more shows before the Olympia. However, since she is coming off three title wins in the current competitive season, fans will be expecting big things from her at the Olympia later this year. Will she deal an upset to the reigning Bikini Olympia champ, Jennifer Dorie? Only time will tell.