The 'wildcard' has yet to be decided, but 11 of the 12 athletes competing have been confirmed on the roster. 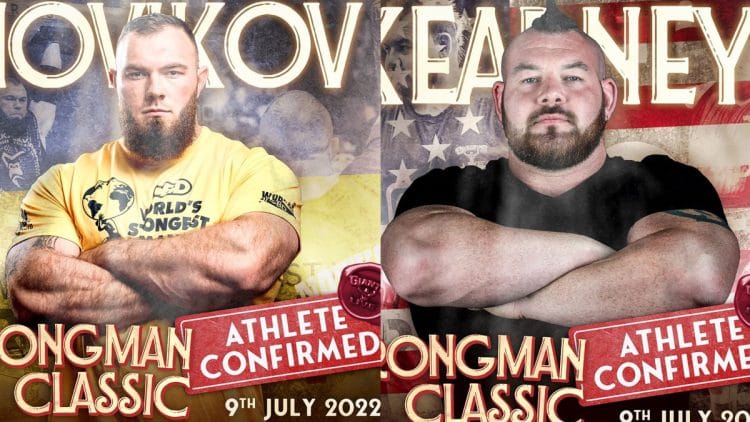 One of the most competitive strength sports events will go down this summer in Europe. On Thursday, Giants Live revealed their 12-man roster for the 2022 Strongman Classic scheduled July 9, 2022, at the Royal Albert Hall in London, England.

Fans will return for a packed house this year as Giants Live features 12 elite strongman competitors pushing their bodies to the limit looking to capture first place. While the competitors list has been revealed, there is one spot remaining for the ‘wildcard’ entry.

Below you can find a list of confirmed athletes

Winning the 2021 Strongman Classic, Oleksii Novikov defeated runner-up Evan Singleton by just 1.5 points. Given how close the two were at the event last year, it’s safe to say these athletes will be pushing each other to even greater heights in July. Novikov has already had a huge year in the sport after placing in second at the 2022 Arnold Strongman Classic. He left no doubt in his next performance after winning the 2022 Europe’s Strongest Man contest.

Evan understands how to keep his body primed while preparing for strongman competitions. While injured, Singleton still finds a way to push the limits. Despite healing from a bicep tear, Evan took it upon himself to deadlift 805 lbs with no hands, showing he can train in the face of adversity.

Chieck Sanou AKA Iron Biby secured third place at the 2021 Strongman Classic and is looking for redemption this year. Scoring 37.5 points en route to a bronze medal, Biby also set the axel press world record of 217 kg (478.4 pounds). In the past, Iron Biby didn’t compete in full competitions and focused on receiving special invitations for world record lifts. However, he will once again participate in a full competition as he did at the 2021 Giants Live Strongman Classic last year.

Following the axel press world record, 2017 World’s Strongest Man, Eddie Hall, who held the previous record, congratulated Biby and offered praise. With how often Iron Biby is breaking world records, he will be an exciting addition to the lineup at the 2022 Giants Live Strongman Classic contest.

The crop of talent for the 2022 Giants Live Strongman Classic looks to be one of the most competitive lineups yet. This July, 12 of the world’s most elite strongmen will vie for gold and look to cement their name among some of the best in the sport.

Powerlifter, Strongman Hayden Lee Has Passed Away Due to Cancer At Age 26