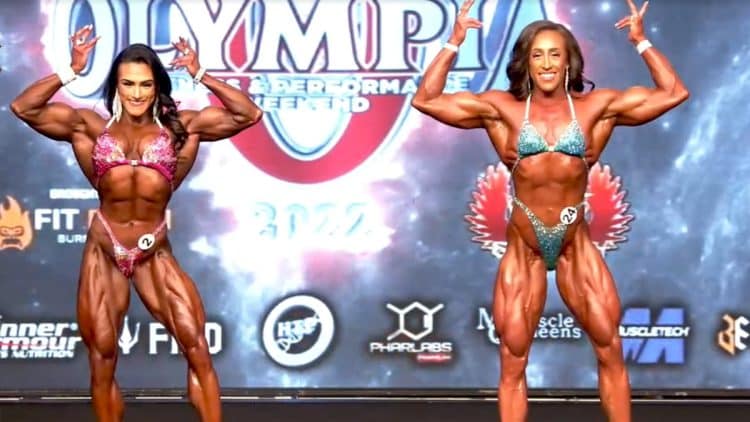 The 2022 Mr. Olympia contest is currently underway with many of the prejudging rounds happening Friday morning at 9 am. Over 20 Competitors in the Women’s Physique category pushed each other in hopes of establishing themselves as frontrunners before the finals.

One of the leading threats who many looked forward to seeing compete is Sarah Villegas, who won her first Women’s Physique Olympia in 2020 after knocking off former two-time champ Shanique Grant. Sarah found success at her next Olympia appearance in 2021 as well.

Throughout prejudging, there were several impressive physiques on stage but the reigning two-time Women’s Physique Olympia winner Sarah Villegas’ conditioning, especially her lower body, stood out. Additionally, Natalia Abraham Coelho brought a solid package and turned some heads. In fact, some fans on social media have been suggesting she’s leading the contest.

It appears to be a two-horse race between the reigning two-time champ Villegas and Coelho heading into the finals later. While some thought Villegas would enjoy one-way traffic, it seems to be a much closer contest given what went down during prejudging.