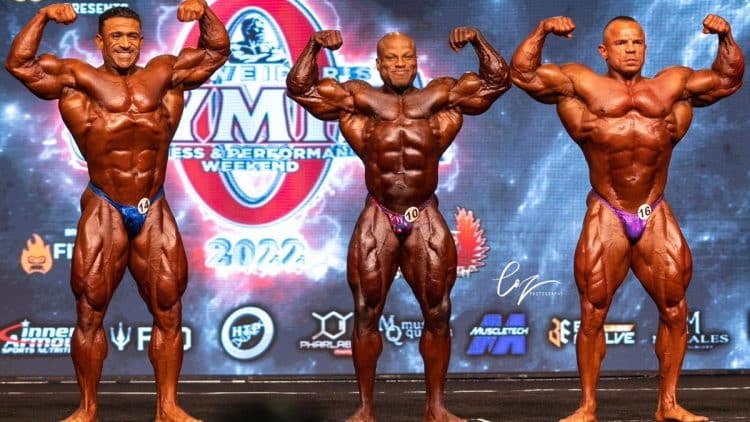 The 58th 2022 Joe Weider’s Olympia Fitness & Performance Weekend is underway with 11 divisions battling on the sport’s most prestigious stage for the ultimate bodybuilding title. The event, located in Las Vegas, Nevada, featured an array of Men’s 212 Bodybuilding competitors, who took to the stage during prejudging on Friday at 9am.

This year’s 212 Olympia is packed with excitement as the reigning 212 Olympia Derek Lunsford received and accepted a special invitation to compete in the Men’s Open division at the 2022 installment of the contest. Therefore, when the smoke clears, a new champion will be crowned as the 212 Olympia champion.

Heading into show, all eyes were on former champions Shaun Clarida and 51-year-old Kamal Elgargni. Clarida was actually qualified to compete in the Open at Olympia as well after winning the 2021 Legion Sports Fest Pro, but just a few weeks ago, recommitted to 212 Bodybuilding and winning back his title.

During prejudging, former 212 Olympias Kamal Elgargni and Shaun Clardia stood out with fullness and excellent conditioning. Clarida’s vascularity was one of his strongest assets while Angel Calderon Frias turned a ton of heads with an insane upper body. The judges put the final three through a series of poses and many fans believe Shaun Clarida is leading the race.