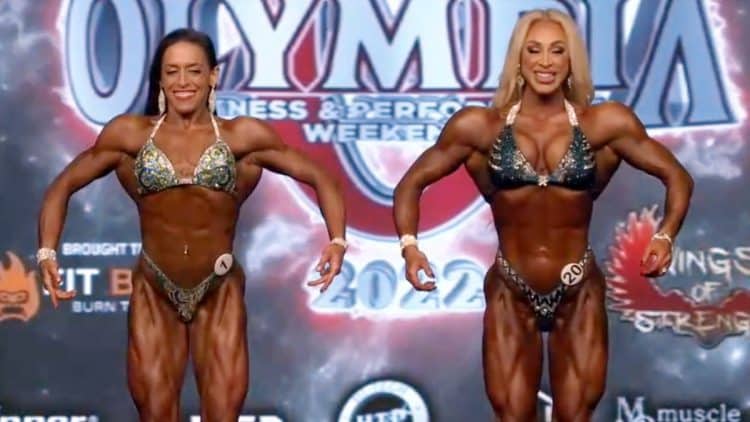 The 2022 Olympia contest is currently taking place in Las Vegas, Nevada, from December 15-18, inside the Zappos Theater, located at the Planet Hollywood Resort & Casino. Prejudging for Women’s Fitness started at 9am on Friday, December 16, 2022.

As of late, the Women’s Fitness category continues to rocket in popularity. Plenty of action already kicked off for bodybuilders after the exciting press conference took place on Thursday. A total of 11 champions will be crowned this weekend, and a number of Fitness competitors were laser-focused on securing the victory.

Fans were on the lookout for Missy Truscott, who took runner-up last year at 2021 Olympia. At the event, Truscott pushed Whitney Jones, but wasn’t able to stop her from securing the title and the $50,000 prize.

This year’s contest will conclude differently as Whitney Jones withdrew from the event. Therefore, at the end of finals, a new champion will be crowned as Fitness Olympia champion.

During prejudging, Missy Truscott and Jaclyn Baker separated themselves from the pack with outstanding conditioning. After the judges put the Fitness athletes through a few call-outs, it was clear the finals would feature a showdown between the two.

Note: Oksana Grishina withdrew due to an injury.