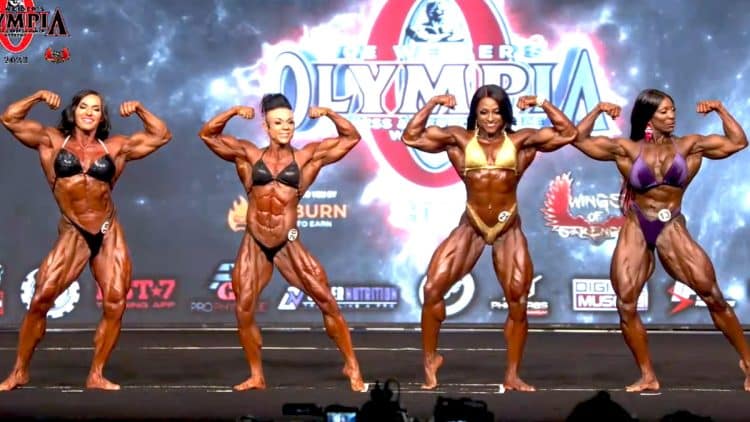 The 2022 Ms. Olympia contest has arrived, and Women’s Bodybuilding took over Las Vegas, Nevada for prejudging on Friday, December 16, 2022, at 9 am. This marked the third year back for the Ms. Olympia competition, which was pulled from the Olympia schedule in 2014 and brought back by Olympia President Jake Wood in 2020.

Andrea Shaw, a dominant two-time Ms. Olympia winner, returned after a making a pit-stop at the 2022 Rising Phoenix Arizona Pro show. At the event, Shaw won first prize and gave fans a teaser of the package she brought today during prejudging. That victory also marked her third win in a row under the Rising Phoenix banner.

As prejudging wrapped up at the Ms. Olympia contest, Andrea Shaw didn’t disappoint. She was challenged by a few of the contenders from 2021 Olympia. Despite enduring shoulder surgery earlier this year, Helle Trevino impressed early. In addition to Trevino and Shaw, Margie Martin and Angela Yeo also established themselves as frontrunners by the end of prejudging.