A number of World's greatest CrossFit athletes are set to compete for a top prize of over $200k. 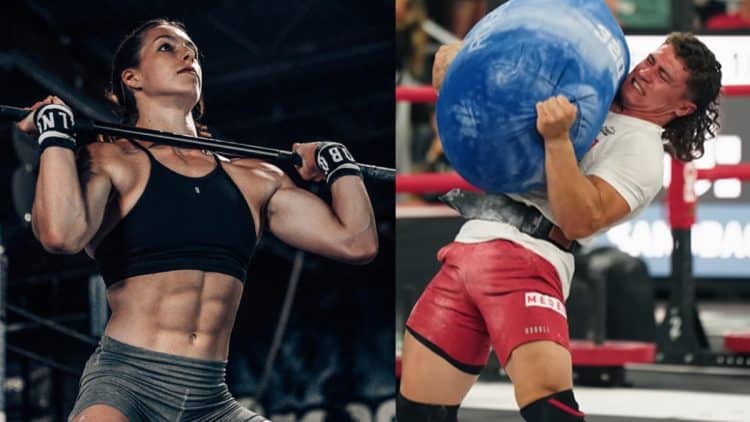 The 2022 Rogue Invitational is one of the final major CrossFit competitions in 2022, so it’s definitely something worth paying attention to. It’s scheduled to take place on October 28-30, 2022, at the Dell Diamond Stadium in Austin, TX. As the Rogue Invitational has built a very credible reputation, it attracted numerous elite CrossFit athletes. However, only 20 of the greatest in both the men’s and women’s divisions will get a chance to come out to Texas and compete for a prize of $215,000.

The winners of the 2021 Rogue Invitational were Justin Medeiros and Tia-Clair Toomey. While Medeiros will be here to defend this year as well, Tia-Clair Toomey will not. Toomey has been recovering from a back injury following her record-breaking win at the 2022 CrossFit Games. However, Tia’s absence leaves the title in the women’s division up for grabs.

There is no doubt that the field of competitors is exceptionally strong this year, whichever man or woman wins this year will most certainly be a worthy champion.

Justin Medeiros is once again the favorite in the men’s division, as he is a 2x Fittest Man On Earth as of a few months ago. Since he managed to defend his title at the 2022 CrossFit Games, it would not be surprising to see him replicate that at the 2022 Rogue Invitational as well. After all, Justin is one of the most consistent CrossFit athletes of all time. Justin has been competing for six years now, since the age of 17. This year has been the greatest for him across all stages of the season, as he got third in the CrossFit Open and won all three of the following stages (Quarterfinals, Semifinals, and CrossFit Games).

Ricky Garard is one of the men who could dethrone Medeiros. Garard had an incredible start at the 2022 CrossFit Games, but he let it all slip from his hands in the last two days. Well, the 2022 Rogue Invitational does not last as long, so Ricky does not need to worry about that. In addition, Ricky was not allowed to compete for the past four years due to a doping ban, so he is eager to prove himself once again. He started competing in CrossFit professionally ten years ago, but due to this doping ban, he had to stop in 2017. This year was also Ricky’s first time competing in the CrossFit Games, and he managed to go home with a bronze medal.

The 2022 CrossFit Games also proved that Roman Khrenikov definitely has the potential to beat anyone on a good day. So, he is without a doubt one of the favorites. Roman almost became the Fittest Man On Earth a couple of months ago, but had to settle for second place at the 2022 CrossFit Games. However, the 2022 Rogue Invitational is the perfect opportunity for him to get revenge. He is no stranger to winning competitions, as he came out victorious in the 2022 CrossFit Semifinal Far East Throwdown and the 2021 Dubai CrossFit Championship. Despite qualifying for the CrossFit Games multiple times, Roman was not able to attend any due to travel restrictions. So, this year was the first time in his five-year long career that he competed at the actual CrossFit Games. Other highlights of his career are winning the 2021 CrossFit Semifinals and 2022 Quarterfinals

Sam Kwant, Pat Vellner, Lazar Đukić, and Saxon Panchik are some other athletes who will be mixed up in the battle for the podium. Although it is unlikely that they will manage to win the show, there is always a possibility of a massive surprise.

While the men’s division seems pretty straightforward with a few favorites, anything could happen in the women’s division. With both Tia-Clair Toomey and Mal O’Brien missing out on the 2022 Rogue Invitational, it seems that 17-year-old Emma Lawson could get her chance. It would be a significant step in her career, but this won’t be easy at all. Emma is also far less experienced than the others, since this season was her first time competing in the Open age class. Taking that into consideration, her sixth-place finish at this year’s CrossFit games looks even more impressive.

Laura Horvath and Danielle Brandon will be Emma Lawson’s biggest rivals, so the 2022 Rogue Invitational will likely feature another close battle between these three. An almost insignificant number of points divided the women at that competition, and hopefully, their battle will be as close in one week’s time as well. It’s worth pointing out that Laura Horvath is the most experienced out of the bunch, having also won the 2021 Dubai CrossFit Championship.

While one of these three will most likely win the 2022 Rogue Invitational, the women’s podium could look a lot different. A number of athletes, most notably, Kara Saunders, Gabriela Migała, and Annie Thorisdottir, will all look towards at least finishing in third place. So, on paper, the women’s division looks very hard to predict.

Related: 2023 Wodapalooza Announces A $500,000 Prize Purse Across All Division

The majority of athletes from the 2022 Rogue Invitational roster placed in the top 15 at the 2022 CrossFit Games. This is one of the reasons why the Rogue Invitational is arguably the second-biggest CrossFit competition of the year. Now it all depends on the fitness levels that the competitors will bring, but a lucrative prize purse was surely motivational enough for them.