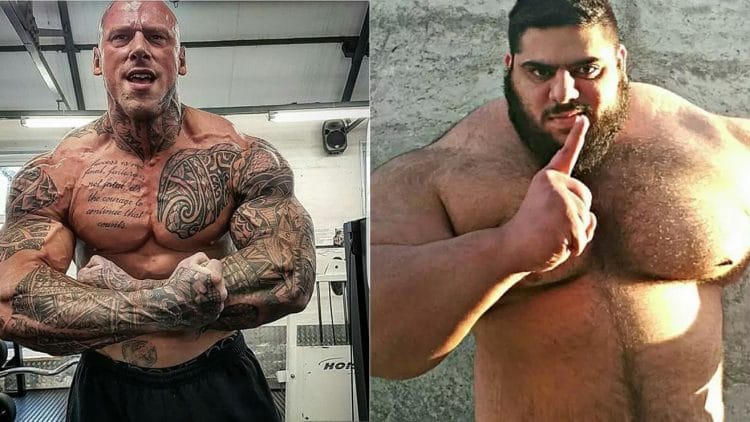 Report: Martyn Ford Rumoured To Be Fighting “Iranian Hulk” In 2019 Under KSW Banner

There are many MMA promotions all around the world that sign giants. Unfortunately, UFC doesn’t have Super Heavyweight division. Every fighter heavier than 265 lbs tests his luck somewhere else. Yet, it looks like the Polish promotion KSW (Konfrontacija Sztuk Walki) brings a very interesting match in 2019!

It is rumored that “The Scariest Man On The Planet” Martyn Ford will fight “Iranian Hulk” Sajad Gharibi! Ford has recently signed a KSW contract, and it looks like Gharibi did the same thing. It is an MMA debut for both men but it draws a lot of attention. The potential matchup might come to fruition next year!

via Google Translate: “ADDITION: Martyn Ford vs. Iranian Hulk on KSW next year”

KSW is already known for giant fights. Real lovers of MMA remember the match between Mariusz “The Dominator” Pudzianowski and Bob “The Beast” Sapp on May 12, 2012.

Martyn Ford is an American bodybuilder and a fitness model sensation. He is 6 foot 8 inches (203 cm) tall and weighs around 320-340 lbs (150-160 kg). This muscle mountain looks so scary in the photos. He prepares seriously for his first MMA match. You can see how hard this monster hits a heavy bag in a video below. Maybe the technique is not perfect but the power is ultimate!

Sajad Gharibi is “only” 6 foot 1 inch (185 cm) tall but he weighs amazing 340 lbs (160 kg). He wrestled before. You definitively don’t want this guy on the top of you! He knows to control his rival on the floor like a pro. His strongest weapon is ground and pound!

Now let’s make a comparison between the fighters. The scary look doesn’t mean Martyn Ford will win. He has seven inches of a reach advantage over the Iranian competitor. The American bodybuilder should hit the rival’s head easier in the stand-up. Yet, he is far from a fast fighter. If Gharibi sticks to him like a leech, “The Scariest Man On The Planet” could have a serious problem. One strong punch from “Iranian Hulk” could end up the fight. And if the match is taken to the ground, Gharibi could end it early on!

You don’t see the match between such massive guys often. What do you think, who is going to win? One punch could decide everything!