Tired of not filling out your shirt sleeves? Give this 4 week training plan a go and watch your arms blow up bigger and more muscular than ever. 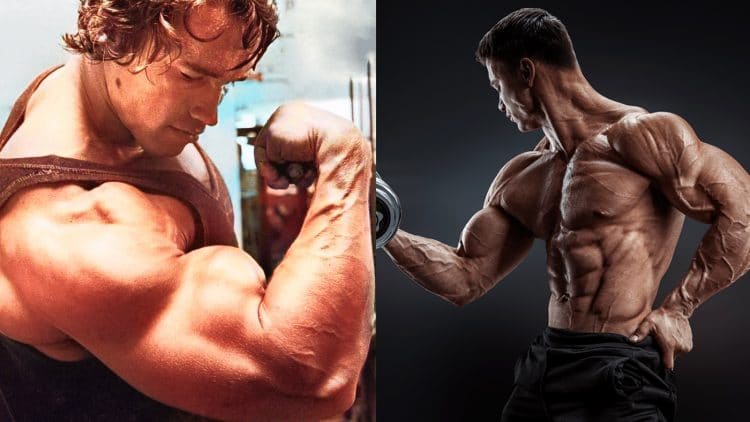 Everyone wants bigger arms. In fact, it’s tough to find anyone who’s completely satisfied with their arm development. There seems to always be room for improvement. Building a massive, high-peaked set of biceps and giant horseshoe triceps is the goal of nearly every lifter which is painfully apparent on any given day at the gym. Just look around at how many are performing endless sets of barbell, dumbbell, and preacher curls and cable press downs, kickbacks, and nose breakers.

But what if your arms aren’t soaking up all that training for better results? What if your arms refuse to budge and are still lifeless limbs void of muscularity and sleeve-busting size?

Let’s first do a little investigating and see what’s going wrong with your arm training and then we’ll rebuild your program to get those guns growing again. It’ll take some swallowing of your pride and a shift in your thinking, but what do you really have to lose?

Are Your Arms Growing?

Take an honest assessment of your arm growth. Have they changed at all in the last month, six months, year? Sure, you may have changed up your routine a bit here and there, gotten a little stronger, and maybe gained a vein or two in appearance. But looking back at all of those workouts for days, weeks, and months can you truly say that what you’ve been doing is working? 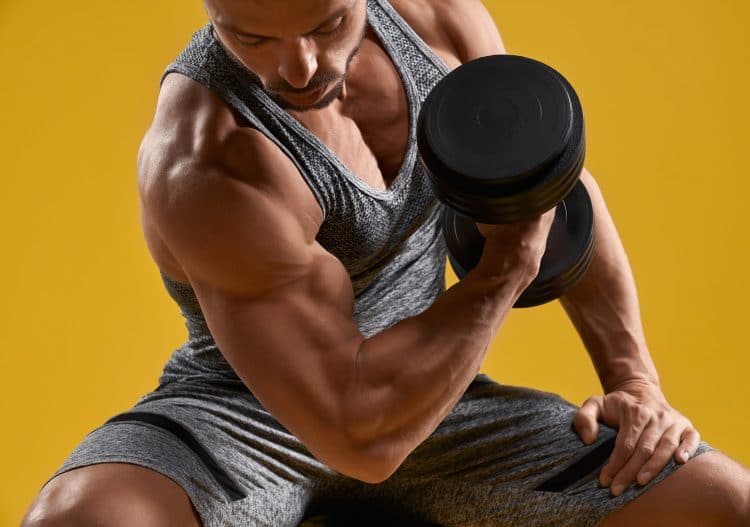 Another common practice you might be guilty of is going heavy on almost every exercise. Maybe you’ve been taught to “go heavy or go home.” Big weights, big muscles. If it’s worked for your chest, back and legs, then it must be good for your arms right?

Well, if you’re the logical type and seeing is believing, then you must observe that your philosophy isn’t working if you look down and have a pair of noodles void of any muscularity.

Let’s get to the roots of your problem and then address each one for a better approach for more arm growth. Later, we’ll look at a 4-week program to get you there.

So we’ve established that you’re not getting the results you want or necessarily should be getting. Why waste another second in the gym if each and every workout won’t get you one step closer to your goal for bigger arms? Let’s look at a few possibilities of what’s going on. You may be guilty of one, two, or all of these if you’re being completely honest. 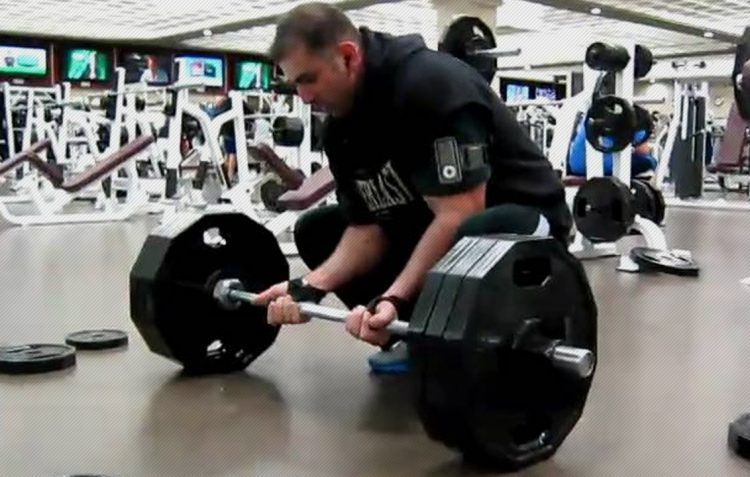 Do you load up way too much weight on the straight bar so it has you bending over backwards to get it up? Does it slam against your thighs because you can’t control the negative portion of the movement? In that case, you’re treating your small biceps the same way as you would your back or legs. Too much weight.

How many sets are you doing for your arms? Twenty or more? Now compare that to the volume you take your legs through. Is there no comparison? Why would such a small body part need so much volume? It’s overkill.

You may train legs once per week along with back and shoulders, but so many lifters throw in an extra arm day. Since they get a ton of volume and load from chest and back work, why would you want to annihilate them with even more training days coupled with all that volume?

The function of the upper arm muscle groups is rather simplistic: to flex and extend the lower arm. Yes, there are a few other variables to choose from, but you have to ask yourself: are you training from too many angles? Is it even more overkill?

With all of the above stated, you inevitably have little-to-no connection with the muscle being worked. You’re essentially just lifting a weight from point A to point B without much to show for it. You need to start thinking of taking the weight from point A to point Z. Change your perspective and start thinking about feeling the resistance all the way through the range of motion instead of throwing the weight up just to complete a rep and impress your friends.

How to (Finally) Grow Your Arms

Alright, let’s get down to business and see if we can’t do some damage control and get your arms growing again. As I stated earlier, it will take a new way of looking at arm training. If what you’re doing isn’t working you’ve got everything to gain. 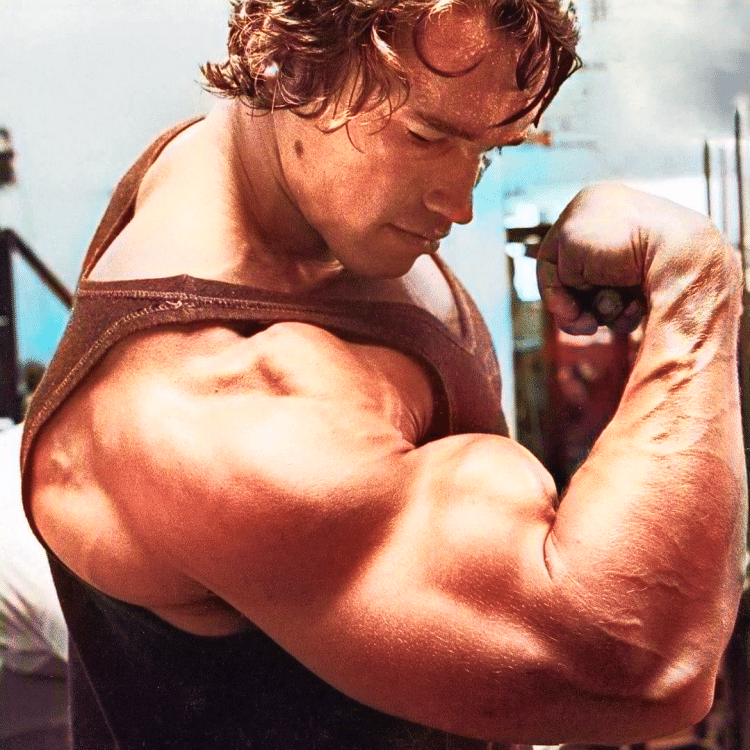 I touched on this point earlier that you must take into consideration the other exercises you’re doing that can have a significant impact on your arm recovery and strength. Bench presses, rows, pull ups, deadlifts, and shoulder presses all work your arms indirectly in some way, shape, or form. Just keep that in mind when arm day rolls around and you want to further lift a ton to get them to grow.

A good rule of thumb regarding your arm program is to think of it as finishing the arms off after all the heavy load mentioned above. In other words, you’re going to perform just a few sets to stimulate growth and then leave them to recover properly. You don’t want to have tired, weak arms all week when you need their strength to assist with other lifts.

Don’t just haphazardly throw an arm routine together and hope for the best. Are your exercises too redundant? Are you doing two similar movements back to back when another would be a better fit? Choose angles wisely. For example, for triceps you could start with a more mass-oriented move such as close-grip bench press and then move on to a stretch exercise like overhead dumbbell extension. 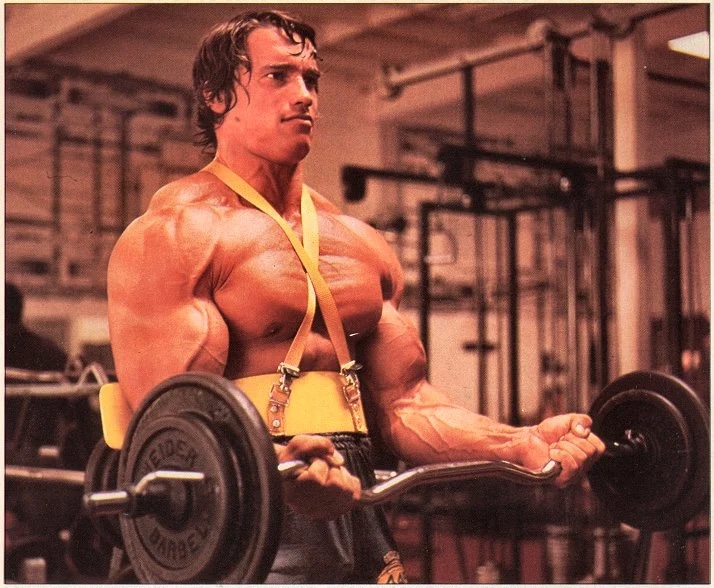 Yes, you may get mad at this one, but more accurately you should increase your rep range and decrease the load you use. The heavy weights aren’t doing the trick so go lighter, connect with the weight (remember A to Z?), and slow it down to feel every inch of the range of motion. This will help you recruit more muscle fibers to stimulate more growth. The pump will be a welcomed side-effect.

Lighter weight doesn’t mean easy. You still need to reach muscular failure on all of your working sets (the sets other than warm-ups). If you’re used to the lower rep ranges this will be new territory for you. It’s one thing to perform a set that is heavier and shorter, but quite another that extends past what you’re used to. Expect more pain and time under tension.

Now that we have a few important principles out of the way, let’s apply what we know and build-out a good, solid arm program to get you filling out those sleeves. I will warn you, however, it’s nothing too extreme or magical. It doesn’t have any unheard of tricks or secrets buried within. It’s just a simple program built around age-old training practices, but it may be something you’re not used to so it could be absolutely new to you.

The program below is built on an A, B system. If you’re training arms once per week simply perform routine A one week and routine B the next. Keep alternating between the two each week. On the other hand if you train arms twice per week perform each (A and B) once per week. For example, you might do routine A on Tuesday and routine B on Friday or Saturday.

Rest only 30 seconds between sets. Wear a watch if necessary as rest periods should be strictly followed. To start and get used to the rep ranges and new pace, use the same weight on each set for a few weeks until you adapt.

Avoid adding any more sets than what’s listed. That’s a slippery slope that will lead you to more overtraining and stalled or stopped progress altogether.

Read more on how to get bigger arms:

If you’ve been at a standstill with your arm growth then give this program a try. Yes, it’s simple and to the point, but simple goals require simple solutions. Don’t overcomplicate things and get back to basics with a sound arm routine. You’ve got nothing to lose and everything to gain.

Roll up your sleeves and take a look at your arms. Are you REALLY happy with the size of your...