Schwarzenegger attacks Bigorexia in his latest admission: 'they are taking drugs that are damaging their health and making them so strong that the tendons and bones were not meant for that weight' 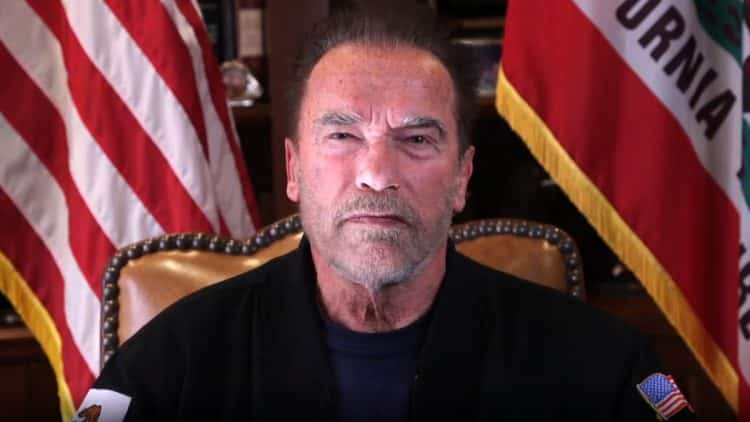 Golden Era bodybuilder Arnold Schwarzenegger was highly respected for his balanced proportions and aesthetic physique. With the rising popularity of mass monsters in the Open class, Schwarzenegger issued a stern warning and stressed that the sport is killing athletes because they are taking it ‘too far.’

In today’s modern bodybuilding landscape, seven-time Olympia winner Schwarzenegger is concerned that athletes, mostly in the Men’s Open division, are playing Russian roulette with their lives. The Open class is at the forefront of the sport, and fans flock to shows worldwide to see the biggest and freakiest athletes compete on stage. Schwarzenegger, however, believes athletes have become too consumed with adding size and less concerned with their overall health.

The sport has seen a frightening number of deaths as of late, which Schwarzenegger believes was less of an issue during his time in the limelight. 2021 saw former Mr. Olympia Shawn Rhoden pass away from heart complications. Before the year could end, George Peterson also met his untimely fate face-down in a hotel room before he got the chance to compete at 2021 Mr. Olympia.

The concerning trend bled into 2022. The late Cedric McMillan passed away at 44, with heart problems emerging as the likely culprit. Just a few days ago, Jerry Ward, a revered NPC/IFBB judge and bodybuilder, was found dead at 46, though details surrounding his passing have yet to be made official. Regardless, the sport is clearly undergoing some painful changes, and Schwarzenegger is adamant athletes are simply taking things too far now.

Arnold Schwarzenegger on Bodybuilding: ‘It Has Gotten Too Competitive, Sometimes It Kills People’

In a recent interview via Zoom, Schwarzenegger spoke on his growing concerns surrounding the sport, which appear to be most present in Men’s Open bodybuilding.

“They have taken it, in my opinion, too far. It has gotten too competitive,” he said in an interview via Zoom, adding: “They’re gonna take more and more stuff that they’re not supposed to, and sometimes it kills people.”

The 74-year-old believes the sport has become extreme and bodybuilders were not meant to take excessive amounts of drugs to increase their size. Last year, Schwarzenegger went so far as to say, “bodybuilding is the most dangerous sport in the world.”

“The more extreme it gets and the more competitive the top athletes get, the more they are lifting weights that the body was not meant for,” Schwarzenegger told Insider.

“Sometimes they are taking drugs that are damaging for their health and are making them so strong that the tendons and bones were not meant for that weight, so then it gets into a really dangerous situation,” Schwarzenegger said.

According to the legend, other sports have become increasingly dangerous and sometimes fatal. He used skiing as an example to illustrate the dangers of competitive bodybuilding.

“When you take skiing, there’s the people that ski on their slopes in the powder, in the moguls, and have a great time. So these are the recreational skiers, it’s a lot of fun for those guys to go skiing,” he said. “But competitive skiing, racing, has gotten more dangerous and has sometimes been fatal, and it’s the same with bodybuilding.”

In Schwarzenegger’s later years, he’s committed to his training regimen, even at 74.

“Now I workout to maintain as much as I can as I get older,”

The decorated Olympia champ said nowadays he’s working out around 1.5 hours daily. Schwarzenegger added that the most important part of his exercise routine is making sure he sticks to the program on a daily basis. He still appreciates many of the methods he used throughout his bodybuilding career.

“A great thing about bodybuilding and weight training is that you can really tailor it to sculpt your body no matter what the need is,” he said.

Schwarzenegger believes at the rate things are going, Men’s Open bodybuilding is becoming too dangerous. Despite the popularity of the Open class, Schwarzenegger maintains excessive amounts of size and gear are contributing to the alarming number of deaths in the sport.