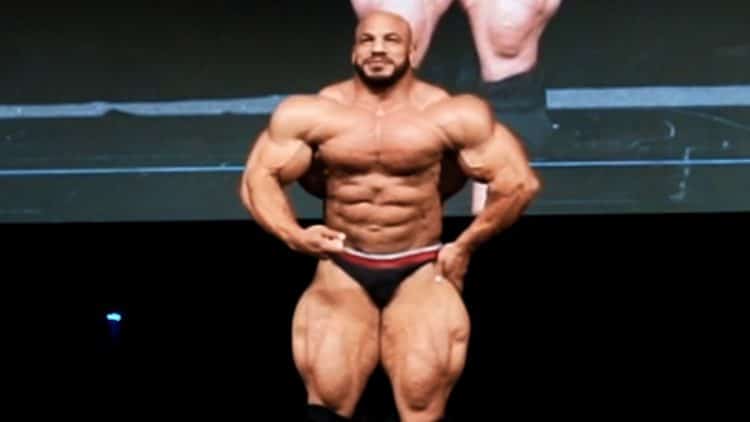 Reigning two-time champion Mamdouh ‘Big Ramy’ Elssbiay is preparing to defend his throne at the upcoming 2022 Olympia, scheduled for Dec. 15-18 at Planet Hollywood Resort & Casino in Las Vegas, Nevada. In a recent Instagram post shared by Nick’s Strength & Power, Big Ramy shows off his impressive physique in a guest posing appearance at the 2022 Dennis James Classic just seven weeks out from the show.

Big Ramy got off to a rocky start this year as he faced a lot of criticism from the community for not showing up for a guest posing appearance at the Pittsburgh Pro in May. His absence led many to have doubts about his commitment to the sport. However, he still enters Olympia as a solid favorite due to his unparalleled size.

He faces serious competition this year. Legendary bodybuilder Jay Cutler believes Ramy is so far ahead of his opponents in terms of size that he will likely grab a third Sandow trophy with ease. Ramy shared an insane backshot physique update eight weeks out from the biggest show in bodybuilding. He was working on the lat spread pose before flexing his back to bring out the finer details of his muscles.

Bodybuilding icon Lee Haney, who holds the tied record for the most Olympias at eight with Ronnie Coleman, stated that Ramy’s dominance at the top reminded him of Coleman’s reign. According to Haney, the only way to possibly dethrone the mass monster is to bring an aesthetic frame and a ‘pretty’ shape.

In a recent Instagram post, Nick’s Strength & Power shared Big Ramy’s guest posing appearance at the 2022 Dennis James Classic just seven weeks out from the show. Ramy can be seen showing off his huge build as he gets closer to the 2022 Olympia.

The 2022 Dennis James Classic Pro Qualifier was held today at Jahrunderthalle in Frankfurt, Germany. It marked the 3rd IFBB Pro League Qualifier contest in the country.

‘Big Ramy’s coach Chad Nicholls is confident that his pupil will bring an improved package. About two weeks ago, he shared a massive physique update where Ramy was tipping the scales at 325 pounds and guaranteed that he would bring the best version of Ramy.

Earlier this month, King Ronnie Coleman gave his take on the lineup for this year’s edition of the Men’s Open division. ‘The King’ went through each contender’s qualities and predicted his top 10 for the show. He does not see anyone else getting in the way of Ramy and believes he will comfortably take the top prize home one more time.

Based on the latest update, it appears that Big Ramy is set to dominate his competition again at the upcoming 2022 Mr. Olympia.

Bodybuilding Hall of Famer Chris Cormier has established himself as a revered analyst after moving on from professional competition in...