Cutler recently shared details about his past prep cycles: "all the way through, even in the Mr. Olympia times, I came on and off" 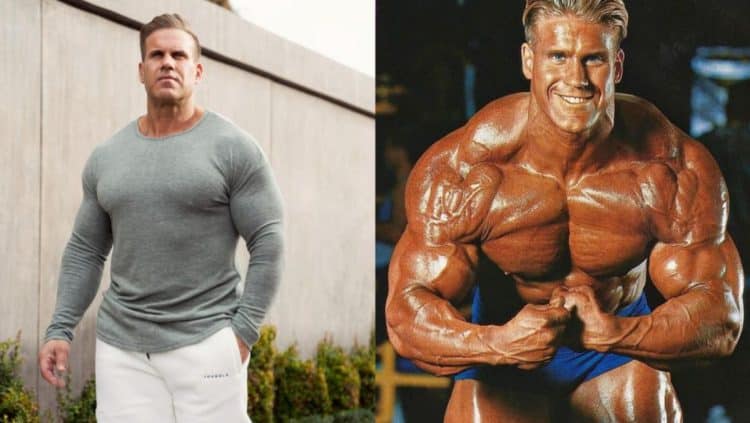 Bodybuilder Jay Cutler is a living legend, responsible for having won the prestigious Mr. Olympia title a total of four times throughout his career. In a recent video, Cutler opened up about his past steroid cycles during his time competing and gave his thoughts on Mamdouh ‘Big Ramy’ Elssbiay’s chances at 2022 Olympia.

Cutler used his size and conditioning as an effective weapon throughout his tenure as an IFBB Pro. Recognized for his heated rivalry with eight-time Mr. Olympia Ronnie Coleman, the two brought the sport to a whole new level. Despite being inspired by “The King”, Cutler ultimately dethroned him and took the title of Mr. Olympia in 2006.

Throughout his career, Cutler managed to win Olympia four times (2006, 2007, 2009, 2010). The Massachusetts native revealed that in order to defeat Coleman, he had to separate himself from society and focus on whatever would bring him closer to being the best bodybuilder in the world.

The 48-year-old isn’t shy about conveying the sacrifices it took to stay on top for 12 years. Cutler’s commitment to his craft made him incredibly difficult to contend with on stage. Whether it was consuming 140 egg whites a day, or adhering to a strict cycle, “The Comeback Kid” never cut corners to maintain one of the best physiques the sport has ever seen. While Cutler has hung up his posing trunks for good, he remains a sage voice for the bodybuilding community and his knowledge surrounding the sport is second to none.

In a recent sit down with Muscular Development’s Ron Harris, the four-time Mr. Olympia spoke about his contest cycles and what he is taking in retirement.

“Yeah, I think I gave a general overview and coming from off the top of my head. People may shame me for not remembering everything that I ever did because you know, we were never repetitive exactly to the point with every contest we ever did. I think it really depended on what position my body was in and obviously listening to different coaches. Remember, I worked with [Chris] Aceto from day one, and my affordability in the beginning was very, very weak right. So, I did as much as I could but that was very little.” Jay Cutler told Ron Harris.

According to Cutler, he can’t remember each and every compound he took during his career. However, he insisted that he did ‘as much as he could’ in the beginning as affordability became an issue.

“Everything was derived off of basically the first time I did a cycle. You know, the first cycle I did a CC of testosterone every week. 250 migs at the time and you know, I gathered a ton of weight after that. I only took one thing cycle after cycle. I did a cycle for 10 or 12 weeks and came off. That means off-off. Then, restarted. Back in our Era Ron, you remember because you were present, we cycled. There was no cruising. There was no bridging.”

For Cutler, back in his heyday, testosterone replacement therapy wasn’t an option yet but recounted taking at least 200 milligrams of testosterone a week. While the decorated legend understands some people take higher doses of TRT, he says each person’s ‘capability’ is different.

“TRT didn’t exist right. It’s a very confused term, TRT because everyone’s TRT dosage seems to be different. My dosage, for example, now is around 200 migs a week. Now, like I mentioned, my test score was in the 600s, like 660 or something, which people would say that’s low. Some people would say that’s higher. Depends on who you talk to. I know people who think they need to be over a 1000 to feel healthy, feel recovered, feel like they have enough energy, but everyone’s capability is different.”

Jay emphasized that he cycled on and off throughout his bodybuilding career.

“That’s one thing, all the way through, even in the Mr. Olympia times, I came on and off. I did mention, we say TRT, which I’m under doctor supervision for that, obviously a prescription. I still cycle on and off and there’s a lot of times where I don’t take, you know.”

During the same interview, Cutler reflected on his current physique, which he believes is still ‘on point’. He added that he never got to experience Trenbolone during his era, after naming Parabolan as one of his main resources.

“I feel pretty good these days. I feel my physique is on point. I feel my health records are pretty solid, being 48 years old. There comes a point when you just get tired of the cycling, let’s put it that way. It got to the point, where it was trying to figure out what to take, how to take it. Those things changed and every show is different because I was limited on resources. It’s not like I can go to a doctor, and say I’m training for the Olympia, I need this, this and this. No doctor, legally, there’s certain things you can and cannot get. Cutler explained.

The bodybuilding legend says the steroid market was volatile and different from what it is now. Cutler told Ron that obtaining pharmaceutical-grade steroids is easier in today’s climate.

“I never really experienced the whole Trenbolone thing because back in my era, we had Parabolan. People say it was the same thing but it was only 76 milligrams and you know, maybe you only had to do two a week and you had great results from it.

Do I think back then the compounds were a little different? Absolutely. I think today, even with prescription, if you’re not getting the actual pharmaceutical, anabolic or whatever else. It’s much different from what we took back in the era because we just don’t know where it comes from.”

Cutler Confident Big Ramy Wins 2022 Olympia: “If He Comes in The Best Shape, I Don’t Know Who Can Beat Him.”

As a Mr. Olympia winner himself, Jay Cutler believes if Big Ramy’s conditioning is on point, he will win the event come December.

“I mean, I don’t know. He still has the physique. If he comes in the best shape, I don’t know who can beat him. It’s hard to say because he’s not saying much. I think it’s just people’s ignorance, to think that because he’s silent he’s finished. But you know, we’ll see how mentally strong he is.”

While Ramy has been criticized for his lack of a social media presence, Cutler isn’t ready to write him off.

“Remember, I was in a dire straits position where my back was against the wall, and I was told I wouldn’t come back and make history and win the title back. I came back probably with one of my best looks of all time in 09.

So, I’m never going to say someone is done, until they say, ‘hey this is my last run’. I have to give him respect because he’s carrying the title right now and carrying it in a very strong way, representing Egypt and all of the middle east. He’s got a huge following there. He’s still got the biggest body on the stage, if he comes in the best shape possible, he wins this show handily in my opinion.”

Cutler, while retired, still maintains a rigorous workout schedule, as one would expect from a decorated Olympian. He equates training to therapy now, and ‘doesn’t miss no matter what’. Recently, the legend shared his ‘engage everything’ workout, a routine designed to build bigger and better legs.

Despite taking a step away from the sport in a professional capacity, it’s evident Cutler approaches bodybuilding from all angles. The four-time Mr. Olympia sacrificed a lot to reach the pinnacle of the sport and wouldn’t be surprised to see Big Ramy defend his title when winter is here.