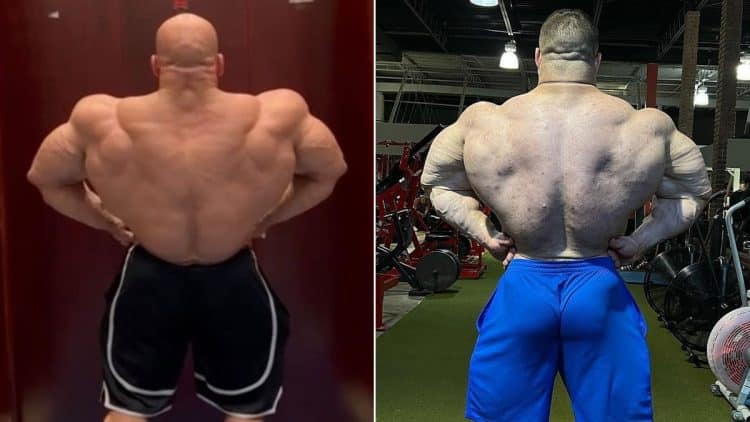 Preparations for the upcoming 2022 Mr. Olympia are in full swing as athletes get ready for the biggest show in bodybuilding. In recent posts made on Instagram, Mamdouh ‘Big Ramy’ Elssbiay and Nick Walker shared insane physique updates with epic back shots just eight weeks out from the show.

Reigning two-time Mr. Olympia Big Ramy is looking to defend his throne at this year’s edition of the event. He had a rough start to the season as he failed to show up for a guest posing appearance at the Pittsburgh Pro in May. Although Ramy later issued an apology to Jim Manion and the IFBB Pro League, many speculated about his commitment to the sport.

This year’s season is one of the most exciting and competitive. Bodybuilding legend Jay Cutler backed Ramy to dominate his opponents and take the top prize home comfortably. According to the four-time Sandow trophy winner, the mass monster’s size gives him a clear edge.

Meanwhile, Nick Walker is determined to bring an improved package for his second showing at the Olympia contest. He is coming off a successful 2021 campaign, where he earned his Olympia qualification with a win at the 2021 New York Pro. Walker later defeated top-ten Olympia finisher Iain Valliere at the Arnold Classic. Then, he took fifth place at 2021 Olympia.

In a recent post made on his Instagram account, Nick Walker shared a physique update just eight weeks out from the Olympia, scheduled for Dec. 15-18 at Planet Hollywood Resort & Casino in Las Vegas, Nevada. He can be seen showing off his insane back development in the photo.

Nick Walker recently smoked a huge deadlift for a total of 10 reps in his second deadlift training session in about a year. He has spoken about his ambitions to win as many Arnolds and Olympias as he can. Given the intensity of the competition this year, ‘The Mutant’ believes no one’s placing from last year is safe. Last week, he shared a lean physique update where he showed off his crazy v-taper with a slim waist.

In a recent Instagram post, Mamdouh ‘Big Ramy’ Elssbiay gave a gigantic physique update just eight weeks out from the Olympia. He can be seen performing a back lat spread pose before tightening his muscles to show off his insane development.

Bodybuilding legend Lee Haney recently shared his take on the 2022 Olympia. The eight-time Mr. Olympia praised Big Ramy and compared him to fellow icon Ronnie Coleman, with whom Haney shares the record for the most Sandow trophies ever. Haney believes Ramy will come in better shape and likely peak this year after last year’s showing.

If his latest update is any indication, Ramy has made it clear to his competition that he has no intentions of dropping his crown. He intends to bring an improved package this year with an unparalleled size that will be hard to compete against.