Some of the sport's best bodybuilding coaches gave their top six for 2022 Mr. Olympia less than three weeks before the show. 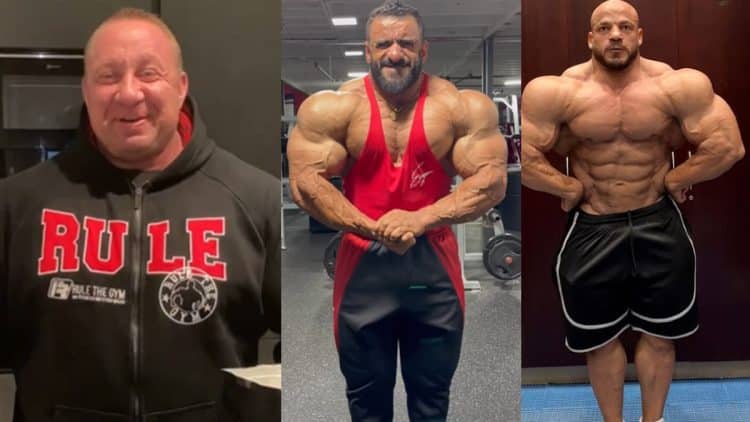 In less than three weeks, bodybuilding will take over Las Vegas, Nevada for the annual Mr. Olympia contest. With the marquee show on the horizon, a few of the sport’s top coaches sat down to discuss their predictions for the Men’s Open division.

Considering the depth of talent expected to compete next month, making picks for the show hasn’t been easy. Four-time Mr. Olympia Jay Cutler and bodybuilding coach Milos Sarcev discussed the topic in detail recently. They believe contenders from last year like Hunter Labrada may struggle with the new physiques of William Bonac, Nick Walker, and Sarcev’s pupil Samson Dauda.

In addition to the top contenders from last year, an influx of talent emerged in the IFBB throughout the current season. The aesthetics of Blessing Awodibu and Andrew Jacked will likely shake up the event. Meanwhile, Slovakia’s Michal Krizo, who just qualified for his first Olympia contest, is preparing as well. Most veterans have continued to favor the reigning two-time champion Mamdouh ‘Big Ramy’ Elssbiay, however.

Unlike years prior, Big Ramy has been sending consistent warning shots to his competition. Before ending his contest prep, he revealed his weight of 337 pounds in a physique update. Many in the sport, including his coach Chad Nicholls, have echoed that he will look his absolute best next month. In the spirt of the upcoming Olympia, Nicholls, German bodybuilding veteran Markus Ruhl, and a few others sat down to justify their latest predictions.

Markus Ruhl, a notorious mass monster who competed through the 1990s-2000s, believes Ramy will successfully defend his title next month. He added that Andrew Jacked and Derek Lunsford will both break into the top six.

When discussing the Open bodybuilding lineup, Nicholls backed his pupils Big Ramy and William Bonac to take first and second. He believes Curry will place in the top four as long as he’s not drastically off with conditioning.

“I truly believe [my guys, Big Ramy and William Bonac] are going to be first and second. Third place I think will be Hadi [Choopan]. Fourth place is where I get a little bit tricky. Realistically, I think that it could be somebody else, but I can’t believe they would place Brandon Curry out of the top four. So, I have Brandon in fourth. Now, we come to fifth.

Sarcev moved Hadi Choopan into second place instead of Bonac.

“I’m going to move Hadi to second place because I considered this over and over. Friday this is Bonac many times. Bonac beat Hadi only first Olympia 2019 and I actually said he didn’t deserve it. I would give it to 2019 Hadi. Then, when I thought about what he brings to the table — conditioning — both is probably going to [have] crazy conditioning.”

“Hadi is dangerous. Hadi is dangerous to Ramy, and we all say if Ramy brings the best ever, yeah probably he wins, but Ramy still has the lat spread low insertions issue. If judges want to be particular and look at detail — God knows. Ramy is winning. Hadi is second.

“By my vision of bodybuilding, I would put him [Derek Lunsford] in fifth. Brandon is sixth. Yeah [Nick Walker out of the top six].”

Cormier only switched his 2022 Olympia prediction slightly. He moved Hadi Choopan down to fifth place and moved Nick Walker up to fourth.

Markus added that Hunter Labrada has the whole package this year in terms of size, symmetry and conditioning.

According to most of the group, they are uncertain of Brandon Curry this year at Olympia. In the past his legs have been a weak point, which they believe could factor into this year’s results.

“I think that Brandon is not going to bring his best condition. I hope I’m wrong,” Sarcev said.

Nicholls and James agree that Curry’s obscure physique updates make it difficult to assess the improvements he’s made.

“Here’s the thing about Brandon too. It’s hard to get a read on him because if you look at the last video, it’s hard to tell because I mean they are literally filming it from down at the end of the block [his recent physique updates],” says Nicholls.

“They take videos [every year] where they take videos from the same spot. It’s gotta be good light. You have favorite spots where you look the best. But when you’re on stage, the legs don’t look up to par,” Dennis James added.

Given the number of athletes who could make waves at 2022 Mr. Olympia, this show has become difficult to predict. Sarcev hopes the reigning champion Big Ramy and Nick Walker get a thorough comparison before all is said and done.

Veterans like Cutler have already concluded this year’s contest is likely to be one of the greatest. Considering the recent changes to everyone’s 2022 Mr. Olympia predictions, it’s safe to say picking the top six is a tough job even for some of the sport’s best gurus.