The four-time Mr. Olympia winner gave his thoughts on many of the contenders preparing for 2022 Mr. Olympia. 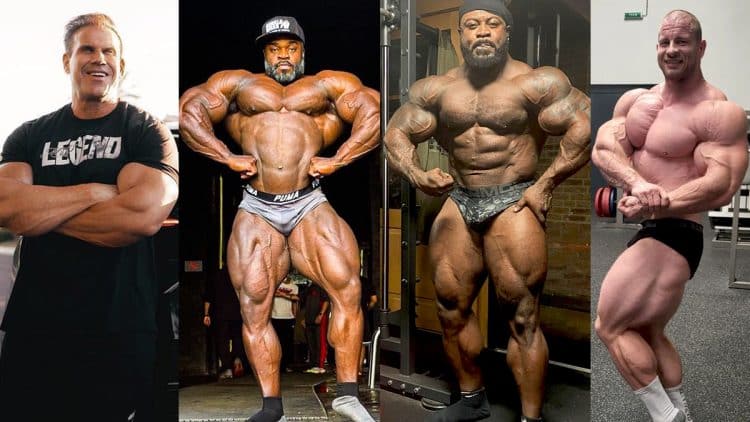 Bodybuilding legend Jay Cutler is revered for his knowledge of the sport he once dominated. In a recent episode of Bro Chat, Cutler discussed this year’s Olympia lineup and listed a few bodybuilders he believes could shake up the Men’s Open division.

During his respective tenure, Cutler cemented his name as one of the greatest bodybuilders in the world with an unrivaled work ethic. He remembers how difficult it was to maintain his status as one of the best while training to defeat eight-time Mr. Olympia kingpin Ronnie Coleman. In 2006, Cutler dethroned Coleman, which kickstarted his reign.

Before exiting the sport, Cutler managed to win the prestigious Mr. Olympia title on four occasions. He’s familiar with the degree of commitment necessary to stay on top. Whether it’s diet, bodybuilding cycles, or training, Cutler attacked his contest prep from every angle possible.

While he’s long stepped away from competing, the 49-year-old remains a figurehead in the sport. With the 2022 Mr. Olympia contest scheduled to take place in just 10 weeks, Cutler is giving his latest opinion on a number of competitors from the Men’s Open division.

In a recent video, Cutler opened up about his 2022 Mr. Olympia predictions. Like he’s said in the past, he doesn’t see the top three changing. However, he dubbed Nick Walker and Hunter Labrada as wild cards.

“You know, I would have to agree with a lot of the publicity out there that the top three will remain the same. The big question is… I know Ben you’re working with [Hunter] Labrada and then Nick [Walker] obviously. That’s the big question mark,” Jay Cutler shared.

On his way back from the Arnold UK, Cutler said he saw Brandon Curry and he looked massive.

“Are we going to get someone that moves in? As history tells it… you gotta remember, the last few years it’s been Ramy and Brandon. So, it’s really hard to count him out. I know he didn’t look 100 percent at the Arnold, but I mean, I just saw pictures of how he looked when I was coming back from the UK.

I was with Abdullah, and I mean — he’s massive right now. He’s still got the shape but I think this may be close — if not his last. He’s 40 now so it’s a lot harder,” says Cutler.

In line with his previous assessment, Cutler believes Ramy will win a third title handily later this year.

“It’s crazy because we’re looking at Ramy and he looks unbelievable. I think he’ll win unless he just does something drastic,” says Cutler.

Cutler maintains that Andrew Jacked could shake up the Men’s Open division but not with the same physique he brought to Texas or the Arnold UK contest.

“Not if he looks like he did at the last two shows. The only thing that I question is when George [Farah] brought him in Texas,” Cutler said. “I heard he didn’t look any better in the Arnold UK than he looked in Texas. If you remember, they stated, ‘well, we’re peaking for the Arnold UK.’

Well, if he’s not any better, the question is — I just don’t understand why he’d go into a show like that far out at that low of a percentage of what you could possibly be. I went into every show like I just want to be great,” Cutler shared.

Looking at other competitors, Jay sees Bonac doing some damage, but he still thinks Brandon’s shape has “The Conqueror” beat.

“I mean what I saw he had the legs. At the Arnold, I could see it. I know people really ragged on Brandon because he just wasn’t the normal Brandon but you know, structure-wise I still think Bradon is still superior to Bonac. Bonac has a shorter torso but at least his legs are back. He was kind of criticized on that.”

Finally, the bodybuilding legend discussed Michal Krizo, who recently earned his Pro card over the weekend at the 2022 Amateur Olympia Italy contest.

“I’m one of the few that has seen him pose in person. Was I impressed? Not so much. I still see a lot of holes in his body. I don’t know what show he’s going to do to win, what show can he even win to qualify for the Olympia?” says Cutler.

Similar to Jacked, Cutler believes Krizo needs to bring up his conditioning before he’s a threat to Big Ramy.

“I gotta see him [Krizo] stand next to people. I was at the top and I always hated when people were like, ‘oh this guy is coming for you Jay.’ Until they stand there, listen – the guy’s got huge arms. The conditioning is definitely not going to make it. The lats — I mean we talked about this before. His back definitely needs improvements.”

This isn’t the first time that Cutler has broken down the Men’s Open lineup for 2022 Mr. Olympia. In fact, he previously asserted that Andrew Jacked had the potential to defeat everyone at Olympia except Big Ramy. Though, it appears now Cutler is changing his tune until Andrew can bring up the conditioning in his back.

Given the stacked lineup of competitors, Jay Cutler predicts this year’s contest to be one of the greatest ever. Despite new talent emerging in the league, Cutler still sees Big Ramy retaining his title when winter comes.