'The Sultan of Symmetry' needed to undergo another surgery for his left rotator cuff after two prior operations. 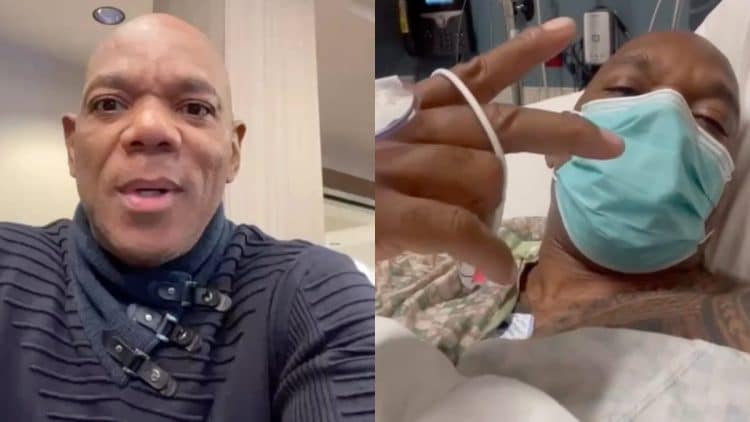 Legendary bodybuilder Flex Wheeler is widely regarded as one of the greatest bodybuilders to never win an Olympia. His inspirational story of overcoming personal adversity and his contributions to the game have established him as a revered figure in the community. In a recent Instagram post, Wheeler shared that he needed a third surgery for his left rotator cuff.

Flex Wheeler gained attention in the Men’s Open division which is known to host some of the freakiest mass monsters in the world. The Olympia veteran went head-to-head with some of bodybuilding’s most prolific icons on the biggest stage in the sport. He was renowned for his impressive aesthetics, stellar conditioning, and proportion, which earned him the nickname ’Sultan of Symmetry.’

Although Wheeler did not get a Sandow trophy of his own, he gave intense competition to multiple champions during his run at the top. Wheeler narrowly missed out on taking the crown from six-time Olympia winner Dorian Yates in 1993, placing runner-up. Later in 1998 and 1999, Wheeler came close to the top spot but got edged out by eight-time Mr. Olympia champion Ronnie Coleman, who described Wheeler as the best bodybuilder he competed against.

Flex secured the Arnold Classic title four times (1993, 1997, 1998, 2000) and received major support from bodybuilding legend Arnold Schwarzenegger, a seven-time Mr. Olympia winner, who called Wheeler one of the greatest bodybuilders he had ever seen.

Wheeler’s dedication to the sport came at a hefty price. In 2019, Wheeler got hospitalized due to blood clots and failure in the kidney he got transplanted in 2003. The doctors informed Wheeler that a partial amputation of his right leg would be necessary. Wheeler opened up about the moment he agreed to amputate his leg and expressed gratitude for being alive despite the intense mental battle.

In a recent post uploaded on Instagram, Flex Wheeler shared that he was undergoing the third surgery to work on his left rotator cuff after two previous operations.

“So getting ready for my third surgery on my left rotator cuff. Let’s hope it works better this time than the last two times. God bless you all! I’ll see you on the other side.”

In September, Flex Wheeler sat down with four-time Mr. Olympia victor Jay Cutler to talk about his bodybuilding journey, past trauma, and fierce rivalry with Coleman at 1998 Mr. Olympia. Wheeler confessed he did not have the right mentality to win the show and believes many athletes get into the sport for similar reasons of overcoming personal difficulties.

Given all that he did for the sport, Flex Wheeler is set to be honored with the Arnold Lifetime Achievement award in March 2023 at the Arnold Classic. We hope the third surgery yields Wheeler the results he’s looking for and wish him a speedy recovery!