Calum von Moger is clapping back at some of the fake people in his life, 'the louder someone claims sainthood, the bigger the horns they are hiding' 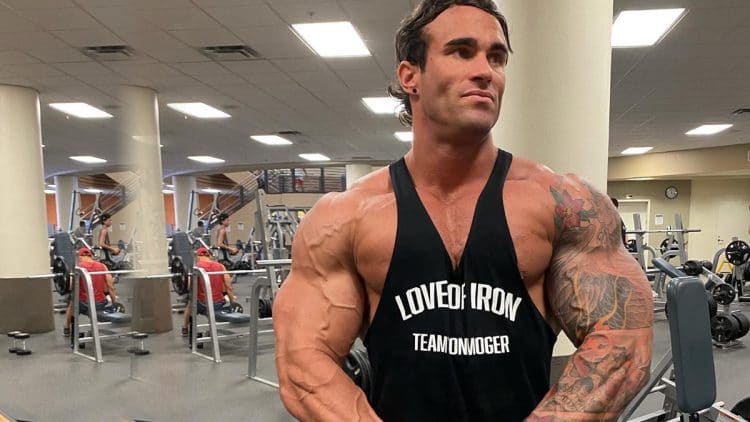 The former Mr. Universe winner Calum von Moger has been at the forefront of media headlines lately. In a recent social media post, von Moger expressed his dissatisfaction with people pretending to be fake around him.
As of late, Calum von Moger has been a hot topic in the sport of bodybuilding. He allegedly tried to kill himself by jumping through a two-story window last month. The Australian bodybuilder injured his spine as a result and was told by medical professionals he may never walk again. Fortunately, that wasn’t the case for von Moger as he left the hospital with the ability to walk unassisted.
Still healing from his injuries, von Moger attended a scheduled court appearance regarding trouble with the law a few months ago. After being stopped in an unregistered vehicle, police found testosterone, needles, cannabis oil, white crystal powder, prescription drugs, and Viagra within the car. During the court appearance, von Moger pleaded guilty to possession of a number of drugs including methamphetamine.
On June 23, 2022, an update was made by von Moger representative ‘Popeye’. He relayed that Calum von Moger entered a rehab facility to address his substance abuse issues. As of this writing, it’s unclear if von Moger is still in rehab.
The popular bodybuilder took to social media and explained his intolerance with fake people who put on ‘metaphorical masks depending on who they are with.’ It should be noted, typically rehabilitation centers don’t allow cell phones, though it seems von Moger had access to one today.

In a recent post made to Instagram, von Moger goes on the attack, suggesting that people around him have put up a ‘facade’ when they are in his presence, compared to when they talk behind his back.

“It bothers me that people fakes their true emotions. They will be this entirely different person when you’re not around, but the moment you show up they put on a facade and arouse their inner thespian.

To express my feelings in the most simplistic terms I can say “I’m sick of fake people. Period. “Sometimes it seems that the louder someone claims sainthood, the bigger the horns they are hiding.
Throughout my life, I have seen people play the role of different characters around their peers. At times, they could be the worst of people.
People happily wear these metaphorical masks depending on who they are with.
Instead of embracing their true personality, they change who they are around select people..  It frustrates me when people would rather keep their mask on, instead of taking it off and revealing their true colors.
I don’t like being fake. You may not like what I say but you’ll always know where you stand with me.
If my actions tell you that I like you then I’m not acting. I’m a genuine person. It hasn’t always been that way but people learn and they grow.
I don’t understand being nice to someone’s face and then shit talking them behind their back. I don’t understand not being upfront and forthcoming about your feelings of others.” Calum von Moger wrote.

In light of von Moger’s recent troubles, bodybuilding legend and fellow Australian Lee Priest came to his defense. According to Priest, addiction can happen to anyone, and added that ‘when you hit your lowest, you find out who your true friends are.’ It appears those statements rang especially true for von Moger, who apparently has taken issue with some of the people close in his circle.

While he’s tasked with an uphill battle, von Moger hasn’t given up on himself. Following his hospital scare, von Moger indicated that he’s grateful to be alive.

He equated his troubles to a ‘bad dream’ and plans to make the most of his second chance at life. Judging by one of his latest Instagram posts, von Moger is hellbent on removing fake people from his life who don’t share the same vision as he does.