Although it seems unbelievable, Calum Von Moger is reportedly back home and can walk without assistance. 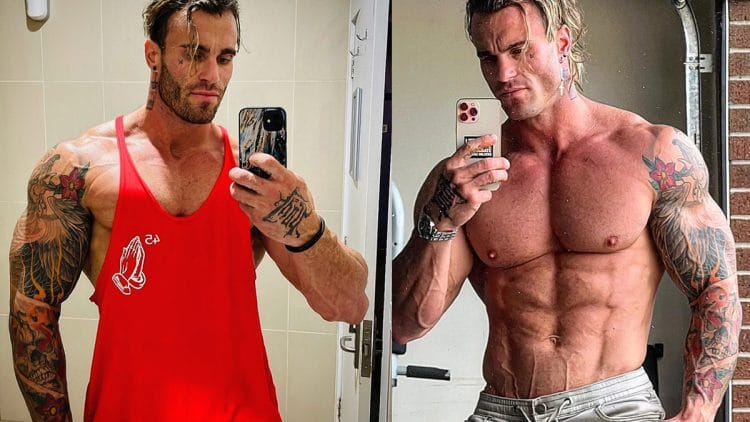 One of Australia’s biggest fitness influencers, Calum Von Moger, has recently been involved in a life-threatening incident. Following a complicated turn of events including his family, friends, and illegal substances, it was reported that Calum jumped through a second-story window, which left him with serious injuries and he was put in a medically induced coma. However, some reports claim that Calum had undergone surgery recently and has now begun his recovery process.

According to TMZ, Calum Von Moger is already back at his Mount Duneed home in Australia, where the incident took place. They also report that Calum is surprisingly already back on his feet and is able to walk without any assistance.

It is not clear what kind of mental state Calum Von Moger is in right now, but the incident was also reportedly a suicide attempt. The real reasons why Calum would want to end his life are not known, but he was allegedly under the influence of illegal substances. The incident can also be traced back to the action of Calum’s parents, as they allegedly kicked him out of their house, which they found in a very messy state.

Related: Calum Von Moger Reveals His Secrets To Getting A Massive Chest

Calum Von Moger At A Glance

Once dubbed Arnold 2.0, Calum Von Moger gained public recognition after playing Arnold Schwarzenegger in the 2018 ‘Bigger’ movie. He had another starring role in the Netflix hit ‘Generation Iron 2’. Renowned for his incredible physique, it seemed like nothing would stand in his way. However, the reality was not as it seemed.

Calum relied on his body for everything, and as most bodybuilders will say, even the slight changes in the physique can affect the mental state a lot. Unfortunately, Calum was struck with numerous injuries in the past years. He tore his bicep in a tandem workout with the reigning Classic physique Olympia champ, Chris Bumstead. Additionally, Calum tore his quad and injured his knee in a cliff accident.

In 2020 Calum Von Moger discovered that he had a secret child, which probably affected him in some way. He made a great comeback later that year and won the 2020 NPC Universe. It all seemed to be in place for him once again, but a few months ago, it was reported that he was battling addiction.

Calum Von Moger also allegedly tried to attack a man with a machete following a traffic incident. Shortly after, Calum apologized and vowed to become a better person.

It is great to hear that Calum Von Moger is well and out of the hospital. Hopefully, he wasn’t rushed and is taking his time to recover. According to Calum, “everyone has a past”, which makes this incident an opportunity for him to learn and improve in the future. Calum has many people that care about him dearly, and who will also support him every step of the way.