Bodybuilder Cedric McMillan explains to his fans why he decided to withdraw from the 2022 Arnold Classic. 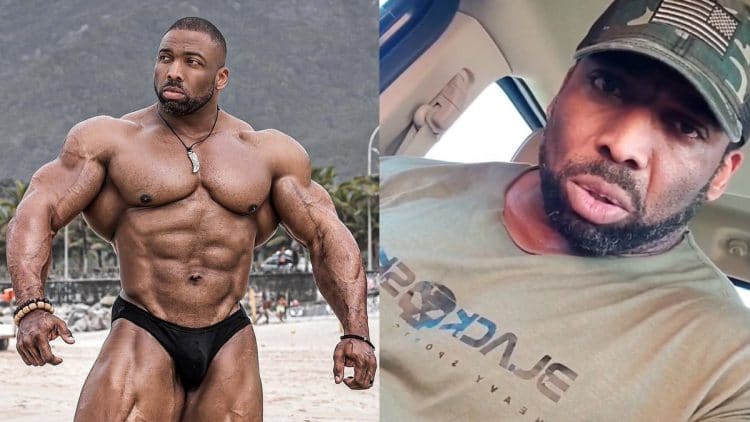 Last week, legendary coach,Milos Sarcev briefly mentioned that Cedric would not be competing at the 2022 Arnold Classic. No specific reasons were given for the recent withdrawal, though fans now have an idea as to why he pulled out of the contest.

The road hasn’t been easy for McMillan. Due to a broken collarbone and a broken hand, the bodybuilder was unable to compete at the 2020 Mr. Olympia. Then, he was forced to withdraw from the 2021 Arnold Classic for similar reasons. Returning to action, Cedric was positioned to make his return at the Legion Sports Fest Pro. While he made an appearance during prejudging, Cedric was unavailable during the finals at night.

Cedric McMillan won the Arnold Classic back in 2017. However, it appears the same issue which forced Cedric out of the Legion Sports Pro is the same nagging problem that has now taken him out of the 2022 Arnold Classic. According to Cedric, he’s been having issues with his stomach and is struggling to keep water and food down.

McMillan also contracted a severe case of Coronavirus in 2021. While grappling with the deadly illness, McMillan opened up about the trauma and mentioned that he had heart issues. In fact, things seemed so grim at one point that McMillan thought he might die.

Stomach issues have forced Cedric to bow out of the competition. The bodybuilder shared a video on his Instagram page informing his fanbase as to why he won’t be taking to the stage in just a few days.

“I have been having some issues, for 4-weeks now. I got a couple of phone calls, and text messages from friends saying that they seen on the internet that something was wrong with me. So, of course, if it’s already on the internet, motherfuckers don’t know everything. They talking about what they think they know, what they heard. So I may as well, go on and explain this shit myself. So here I am.

Ever since I tried to compete at the Legion show in Nevada back in October. I’ve been having issues with my stomach. I can’t keep food down for some reason. It creates some stupid ass hiccups, I’m hiccupping all day long and for half the night and anytime I eat, or even drinking water. It comes back up, nothing wants to stay down.” Cedric McMillan said.

“Four weeks ago, I went to the doctor again, I’ve been going to the doctor throughout, but they recommended I shouldn’t try to do the show. Of course, I’m being stubborn. If I eat this food, and throw up half of it, at least that’s half. I can keep, you know just being an idiot. I did what they asked and went on a liquid diet. Eating fuckin soup and eating weight gaining shakes.”

While Cedric admits he will be unable to compete this weekend, the former Army Instructor made it a point to mention that he will still take part in the Arnold Classic but only as a guest at the meet and greet.

“This is the same shit. It’s not getting no better. I finally decided to contact the show and tell them I couldn’t compete. You know, they welcomed me and still wanted me to come anyway and get some work done. So, I’ll be in Ohio, for everybody that’s going to be there. Come by and see me, I’m going to try to do the meet and greet. I’ve been battling back and forth with myself, not really knowing what to do next. I’m feeling alright is it over? Does this mean I’m supposed to retire when I’m fuckin sick all the time?”

Given how active of a competitor Cedric was throughout his career, it’s unfortunate to see an athlete like him struggling to make it to the second biggest show of the year. Nagging injuries prevented him from competing in the past, however, it seems now his stomach is the primary issue of concern.

After admitting to problems with hiccups and ingesting food and water, many believe that Cedric would have struggled to pack on the mass necessary to make it to the podium.

RELATED: Cedric McMillan Pumps Some Iron With His Son In Sweet Training Session

With how often Cedric is encountering problems while preparing for shows, he is beginning to ask himself if his time in the sport is coming to an end. Cedric McMillan will still make an appearance at the Arnold as a guest and revealed to his fans that he will be unable to compete due to stomach issues.