Bodybuilder Cedric McMillan is Out of the 2022 Arnold Classic

Renowned coach, Milos Sarcev confirmed that Cedric McMillan will not be competing at the Arnold in just one week. 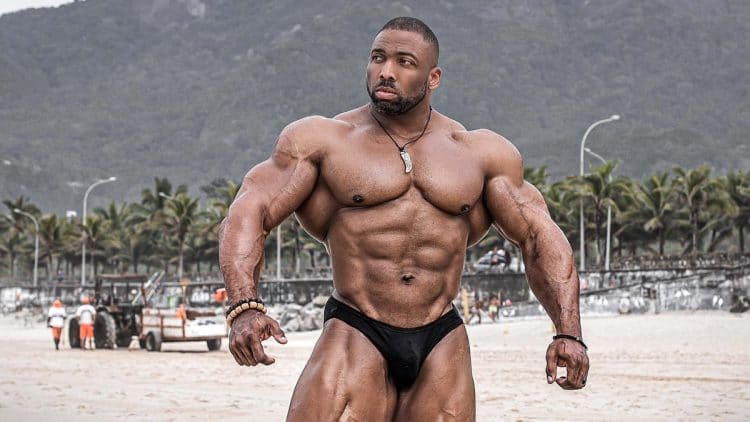 Cedric McMillan has long been a big name in the sport and many fans were counting down the days until he graced a major bodybuilding show. While Cedric was expected to compete at the Arnold Classic, Milos Sarcev confirmed with Jay Cutler recently that he will not be attending the show because he won’t be ready in time.

Cedric quickly established his name in the sport after winning the 2017 Arnold Classic. In 2020, Cedric competed at the Arnold but was unable to make it to the podium. In the end, the bodybuilder secured sixth place at the show.

Cedric had a rough 2020 season. The bodybuilder was forced to miss 2020 Mr. Olympia due to injuries. Some of the issues that McMillan was dealing with included a broken collar bone and a broken hand.

The bad news didn’t end for Cedric in 2020 as he was also forced to pull out of the 2021 Arnold Classic due to the same nagging injuries. While he was unable to compete at the Arnold last year, Cedric still showed up to the event and worked on the broadcast booth instead. Following his hardships and time away from competition, McMillan explained that he contracted a severe case of COVID-19 that left him on the sidelines for quite some time. In fact, his experience with the infamous virus was so bad that at one point he thought he might die. The bodybuilder also added that he suffered from heart issues too.

The Men’s Open division has now been reduced to nine competitors after news of Cedric being out has circulated. Earlier this month, two promising competitors in Nathan De Asha and Mohamed Shaaban both bowed out after revealing injuries.

In addition, last week it was reported that Akim Williams was also out of the Arnold next month. As it stands, Williams has yet to make a public announcement on why he withdrew from the second biggest show of the year.

Cedric pulled out of the contest for undisclosed reasons though many fans believe that he wasn’t quite on track for the Arnold. Specifically, fans thought his legs were lacking definition in some of his physique updates. According to Muscular Development Magazine, the Men’s Open competitor is also having problems with his esophagus which might have led to his decision to bow out.

With the field of competitors narrowing and the show set to kick off in one week, a lot of hype surrounds the remaining competitors. One such competitor attracting a lot of attention is Brandon Curry. The 2019 Mr. Olympia and Arnold Classic champion is determined to once again capture gold at the two biggest bodybuilding shows of the year.

Given the bad luck that Cedric has had the past few years, it’s unfortunate that we won’t get to see him compete in March. Cedric McMillan has withdrawn 1-week out from the Arnold Classic and nine Men’s Open competitors remain.