The Godfather of Bodybuilding discussed some of the dangers currently present in the sport. 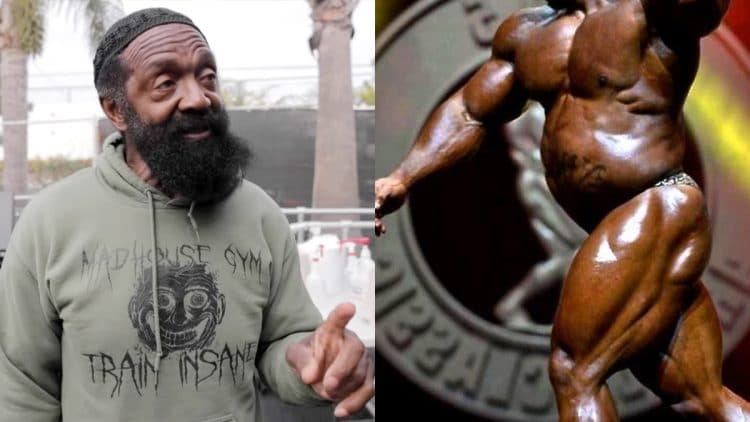 Bodybuilding coach Charles Glass is known for his detailed workout routines but took the time to address some of the growing problems in the sport. In a recent YouTube video, Glass discusses the dangers of PEDs and explains that people are seeking fast gains instead of building muscle slowly.

Charles Glass is widely regarded as one of the best bodybuilding coaches in the world. He has an engineering background and applies the knowledge he’s collected through the years to help people from varying fitness backgrounds achieve success. Glass routinely shares his workouts online and advocates for proper contractions in order to work a specific muscle group. Whether it’s building a bigger chest or bringing abs to the surface, Charles Glass always brings insight to his workouts.

There have been a concerning number of deaths in bodybuilding lately. 2018 Mr. Olympia Shawn Rhoden passed away from a heart attack at age 46 last year. In addition, George “Da Bull” Peterson died days before competing at the 2021 Olympia in his hotel room due to heart issues. Last year also saw Dallas “Big Country” McCarver pass away from heart complications.

As of late, the sport has been stricken with grief following the passing of the late Cedric McMillan. Cedric’s tragic death has brought PEDs into the limelight, triggering discussions and arguments about safe practices and longevity in bodybuilding. Charles Glass is the latest to chime in on the discussion, addressing some of the issues currently affecting the sport.

Charles explains in a recent YouTube video that counterfeit drugs have become a huge concern. In addition, Glass highlights the issue with someone buying a cheaper product and sacrificing quality.

Why would you take it, you don’t know what’s in there but if you by testosterone for $30, and this guy sells it for $50, who you going to buy it from? The $30 person because it’s cheaper. It doesn’t mean it’s good, but it’s cheaper.” Charles Glass shared.

“Most of the time when it’s that cheap it’s an underground lab. You want to try to go see somebody that’s going to make some good. Too many compound centers out there that’s willing to help and make stuff for you if you go through a doctor. Now, if you’re 25, 26, and you’re going to a doctor for a complete physical, if you want some testosterone. That’re not going to give it to you because your testosterone is high. That’s what’s going on.”

“There’s the word right there, the fastest way. Take your time, build slow, let it happen. You gotta understand I was a gymnast in college. I was already strong. I wasn’t even taking no drugs and I was able to lift heavy. Well, considering how much I weigh, heavy.”

“The thing of it is, I would say about thirty or mid to late thirties is when you start seeing performance because when I got in, I could bench 425 lbs without anything. But it went to 500 (lbs) when I was taking it you know, that’s the difference. Yeah, but I weighed a 138 lbs and I could lift 425 (lbs) easy but people told me you got to gain weight, you got to gain weight. So, in my mind, well if I can get to 155 lbs I’ll be better. I got to 155 (lbs) and my strength went up.

Then I was like ‘oh wow’, and went a little higher. Then I got introduced to drugs, see, so the more I take, the better I became, and then it got to the point where I was at work, because I was at a regular job, getting ready to walk up the stairs. I start walking, and I’m breathing hard. I’m like ‘oh shi* something is wrong’. I never did that before.”

According to Glass, once he reached a heavier weight, his breathing became compromised.

“I would always take the elevator. Now, it’s making me start to think. First thing that happened to me, and I was like ‘fu*k this, I’m not going to end my life like this because I was panting, and it was only one flight of stairs! Then, I went to the doctor right away. ‘Oh, you healthy, you healthy’, I said, ‘no I’m not doc, something else is wrong, I couldn’t make it up the stairs’. It (my body) didn’t want to carry all that weight.”

Another prominent figure in the sport advocating for safer practices is four-time Mr. Olympia Jay Cutler who has been vocal about athletes getting bloodwork done on a regular basis. Given the knowledge that Charles and Jay have acquired during their respective careers, it’s a service to the bodybuilding community when they share their perspective.

Glass is adamant that counterfeit drugs have become a growing problem in the fitness industry. While many have become fixated on achieving the fastest gains possible, Charles believes building muscles in a steady manner is the safest.

8 Ways to Boost Your Bench Press